Former Teacher: Thanks to President Obama, Public Education Is Back on the Right Path

As a child of a struggling family, I lived in 32 houses and attended 12 schools. The two constants in my life were the public schools and libraries.

In 1959, a new high school opened in the suburb where I lived. It’s intent was to raise the graduation rate that was below 50 percent. The dedicated teachers in the building were determined tto see me graduate, even though I would be the first in my family to do so. Not satisfied with that accomplishment alone, they then helped me find scholarships and student loans to attend college.

After 2 years of college, I was offered an emergency certificate to teach across the river in South Dakota. I was new and inexperienced, but I cared deeply for these kids -- and I knew that mattered just as much to them as how much I knew. I taught in a one-room country school with grades one through eight. I learned that it was my responsibility to take each student where they were as far as I could take them regardless of the grade they were in. I eventually earned my full teaching certificate and began teaching in Iowa, and ended up teaching a total of 44 years. All of those years were spent in schools with a low economic status because I felt compelled to "pay it forward."

When No Child Left Behind came into effect, I was hopeful. I perceived it as a civil rights issue more than an education issue: a way to renew public education as the greatest equalizer in this country. It was a moment for educators to evaluate our procedures and strategies and examine student achievement and see if gaps existed between students on the basis of poverty, race, disability status, or whether English was their native language.

But by 2007, I was disenchanted with the law. It offered little incentive and was extremely punitive. It was around the same time that I attended a town hall meeting for then-Senator Obama. I was impressed and felt he understood my frustrations.

President Obama knew that we shouldn't have to accept a public education system where some students got below average education just because of the zip code in which they were born. He knew that maintaining high standards for all our schools was important.

But he also knew that No Child Left Behind was a broken policy, that it put pressure on teachers and administrators to meet high standards without giving them the tools and resources to do meet them. He knew that we could be smarter about those standards, so that teachers didn’t have to spend all year preparing students for a single standardized test.

I feel that my trust was well placed. Since that initial meeting in 2007, I have retired from teaching and have been on the local school board for seven years. I have seen the changes in education brought about by President Obama’s commitment to fixing public education. 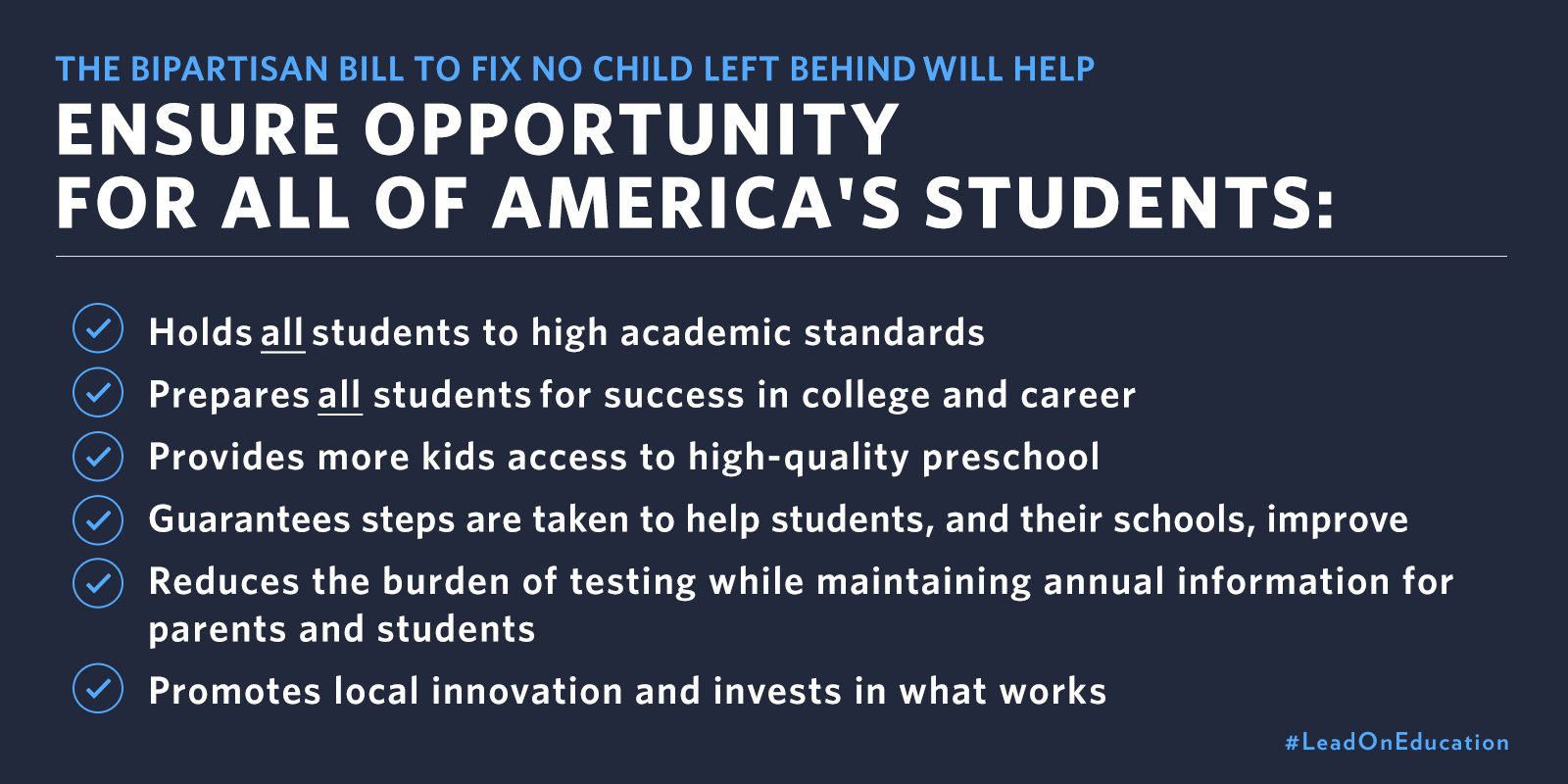 We are seeing a steady upward trend in test scores, although our district is comprised of 29 percent English language learners -- students who on average face greater challenges than others particularly with reading. And I know that the Every Student Succeeds Act, which the President signed last fall, helps fix No Child Left Behind by getting rid of its one-size-fits-all model and the way it over emphasized standardized testing.

Public education is the greatest equalizer in this country. If our democracy is to remain strong, we need a well-educated populace. Thanks to President Obama, we are on the right path.