May 4, 2016 at 3:00 PM ET by Leonard K. Jackson
Twitter Facebook Email
Summary:
Leonard is one of the thousands of veterans who has waited years to receive full VA benefits. Read his story, then learn how we're working to speed up the process.

Leonard is one of 440,000 veterans who are waiting on decisions on their VA benefits claims. Right now, the VA appeals process is failing veterans, creating years and years of duplicative review that sets veterans back to square one each time new information is added.

Get the details on how the White House is working with the VA and veterans service organizations to fix the process and shorten wait times for veterans. 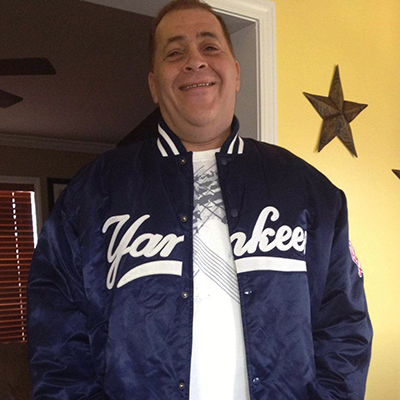 My name is Leonard K. Jackson. I’m a single father of two daughters and a peacetime veteran living in Georgia. After serving overseas in the U.S. Army from 1980-1983, I’ve suffered from a range of physical and mental health issues. Like so many veterans, I rely on Veterans Affairs for my medical care and benefits. And, like so many veterans, I know that an improved veterans appeals process would mean a better life for both me and my family.

In 2001, I filed a claim for service-connected benefits but I was denied those benefits for injuries that happened to me while on active duty. I submitted several letters from VA doctors as evidence to back up my claim. These doctors agreed that my injuries happened while on active duty, and are service-related, yet my claim was still denied. I didn’t know what to do. I had no help, and barely knew how to file an appeal, so I let it go.

Around 2011, I opened a new claim. This time around, after getting some advice from other veterans, I did file for an appeal. I am still awaiting that decision. When I call to check on my status, they always tell me that it has just been assigned to someone, or that they are working on it.

There is a deep frustration in waiting two or three years for an answer, constantly sending new evidence to make your case -- through email, mail, and fax (just to make sure) -- only to one day be told no.

I suffer from depression, PTSD, and other mental issues on a daily basis due to my time in the military. It’s as if, on top of that misery, there’s an added layer of pain and frustration that comes with fighting to get a straight answer on the status of my benefits.

The biggest issue is that whenever I submit new evidence, my case basically goes back to the start of the process. So, the worse my conditions get, the further away I get from someone making a final decision on my claim.

Now, I don’t believe the VA as a whole is at fault. After all, the VA doctors who treat me believe in my case. I have been to the Atlanta regional office and met with a nice lady who agreed that I had some good evidence and that she would try to help me. But I do believe that the system could serve veterans better.

That’s why I am relieved that the Obama administration is working with the VA to provide a more simple and streamlined appeals process, giving us veterans multiple pathways toward settling a claim, and making sure that our initial claim date is preserved, rather than punting us back to the beginning of the process every time we file new evidence. This proposal would allow most veterans who file an appeal to receive a final decision within one year by 2021.

I am counting on this change. It would mean relief from the constant stress of wondering whether my case is being looked at, or whether it is just gathering dust, or whether there’s more I could do to fight for my case.

I know I cannot speak for all veterans, but I know that there are many veterans out there suffering from worse injuries, whose cases are even more desperate. This is a simple step that would benefit all of us. I hope that Congress does the right thing to make this a reality.