"Here's the Truth": President Obama Busts 4 Myths About the Economy

June 2, 2016 at 5:17 PM ET by Tanya Somanader
Twitter Facebook Email
Summary:
After seven and a half years, President Obama returned to Elkhart, IN yesterday to lay out the facts about our economic progress.

In 2009, just three weeks into his presidency, President Obama traveled to Elkhart, Indiana. In his first speech as president, he assured a community reeling from the economic recession that he would do all he could to recover and rebuild an economy that is stronger than ever before—for Elkhart and communities just like it across the country.

Seven and a half years later, President Obama returned to the city to recount the progress we've made since that day. And we've made quite a bit of progress. Over the past six years, our businesses have created more than 14 million jobs. Our manufacturing sector is seeing the first sustained growth since the 1990s. The unemployment rate has been cut in half—same for the oil we buy from foreign countries. And we've doubled our production of clean energy. For the first time ever, more than 90 percent of the country has health insurance.

However, if you ask Republicans in Congress, you'll get an entirely different—and entirely false—story. It goes something like this (as told by President Obama):

"America’s working class, families like yours, have been victimized by a big, bloated federal government run by a bunch of left-wing elitists like me. The government is taking your hard-earned tax dollars and giving them to freeloaders and welfare cheats. It’s strangling business with endless regulations. And it’s letting immigrants and foreigners steal whatever jobs Obamacare hasn’t killed yet."

The truth is, by almost every economic measure, we are better off than we were when President Obama took office. So the President decided to do a little myth-busting in Elkhart, taking on the four tallest tales that Republicans in Congress like to tell and laying out the real story behind our economic progress. Take a look:

4 myths Republicans in Congress continue to spread about the economy—busted by @POTUS: https://t.co/IryDjICFDM

"Our deficits haven’t grown these past seven and a half years—we’ve cut them by almost 75 percent." —@POTUS https://t.co/8oQETqIXhJ

When it comes to government spending, here are the facts: We spend less on domestic priorities outside of Social Security, Medicare, and Medicaid than we did under President Ronal Reagan. Under President Obama, we've cut the deficit by almost 75 percent. Today, fewer families are on welfare than in the 1990s, and funding has been frozen for two decades. 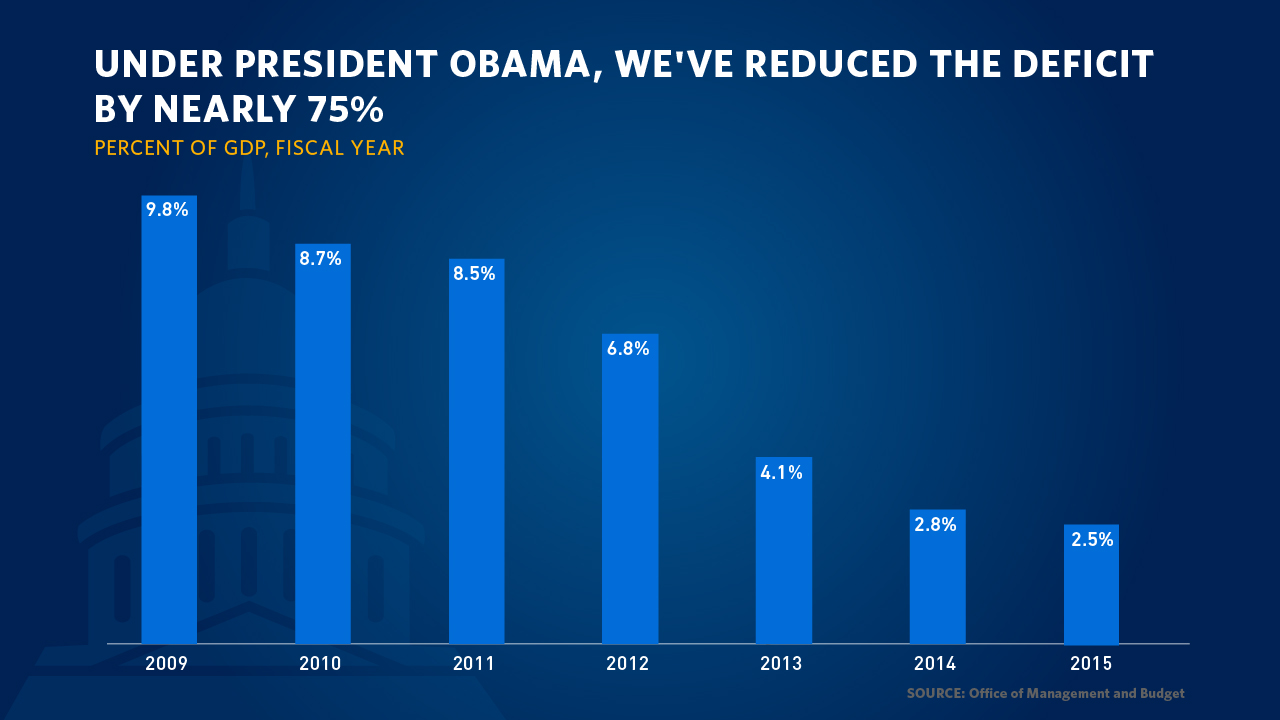 And while almost all opponents of the Affordable Care Act like to claim the historic law is killing jobs and exploding spending, their claim is demonstrably false. Businesses have added jobs every month since the President signed health care reform into law in March of 2010. 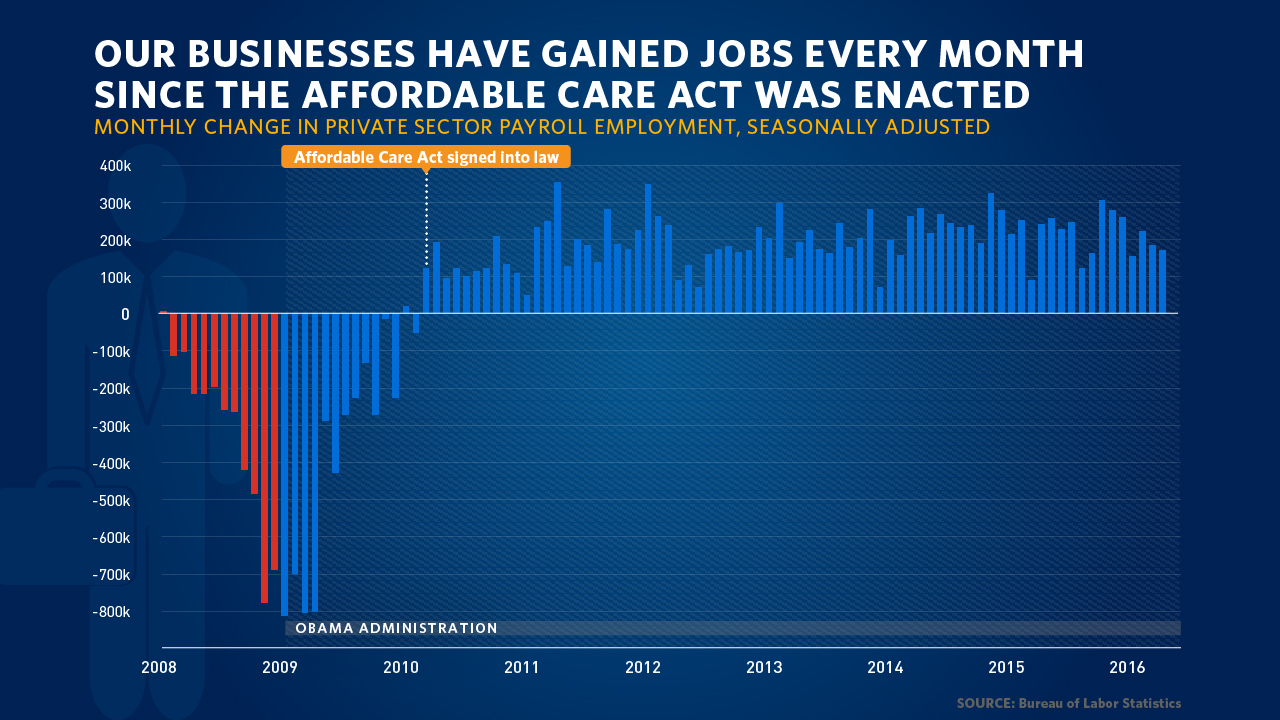 The ACA is actually leading to less spending for the average family as well. The average family's premium cost $2,600 less than it would have if premiums had kept growing at an earlier rate.

It's true. It's a fact that the President has issued fewer regulations than President George W. Bush. And the ones he has issued benefit our economy—from protecting our air and water to protecting families from getting cheated when they buy a house or invest their savings. 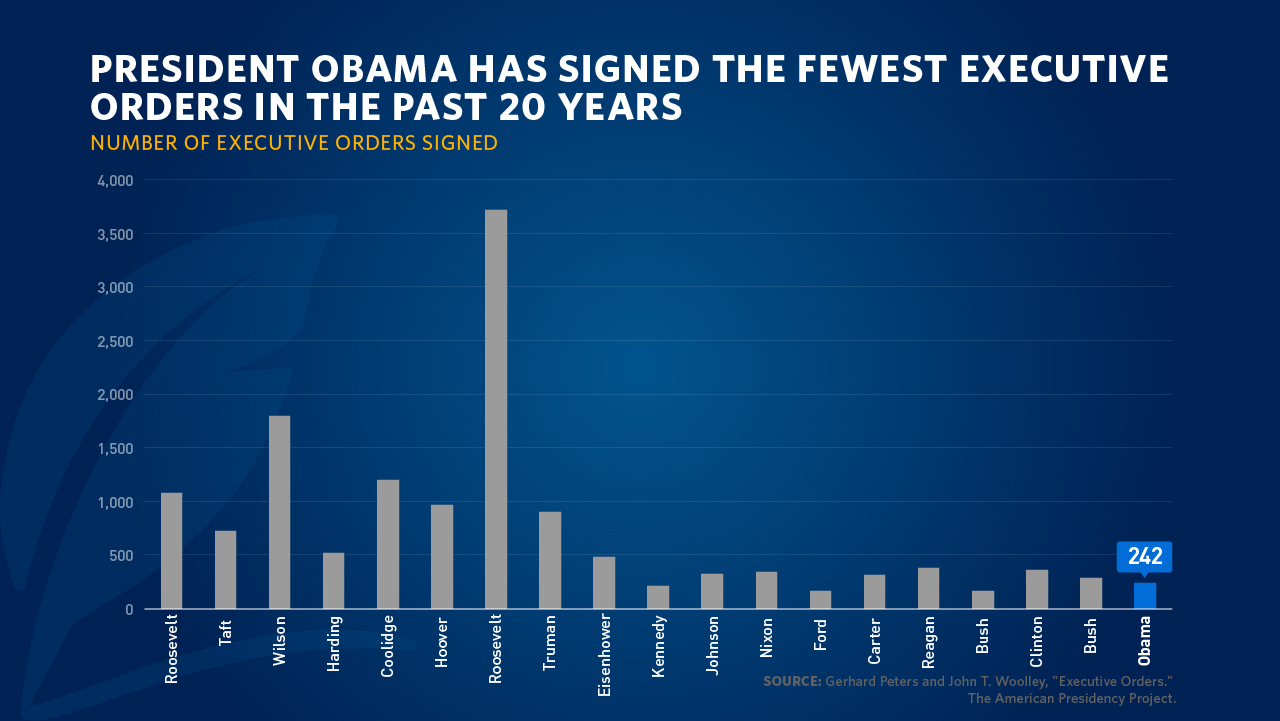 "The truth is trade has helped our country a lot more than it’s hurt us." —@POTUS in Elkhart, IN. https://t.co/unuRhiHTSU

"The truth is, the benefits of trade are usually widely spread —it’s one of the reasons why you can buy that big, flat-screen TV for a couple hundred bucks, and why the cost of a lot of basic necessities have gone down."

Now, it is also true that past trade deals haven't lived up to the hype—especially when other countries don't play by fair rules.  By keeping U.S. goods out of their markets, they unfairly subsidize their businesses to undercut our own. The worst violators don't even have trade deals with us at all. That's why the President has brought more trade cases against other countries for cheating than any other president. 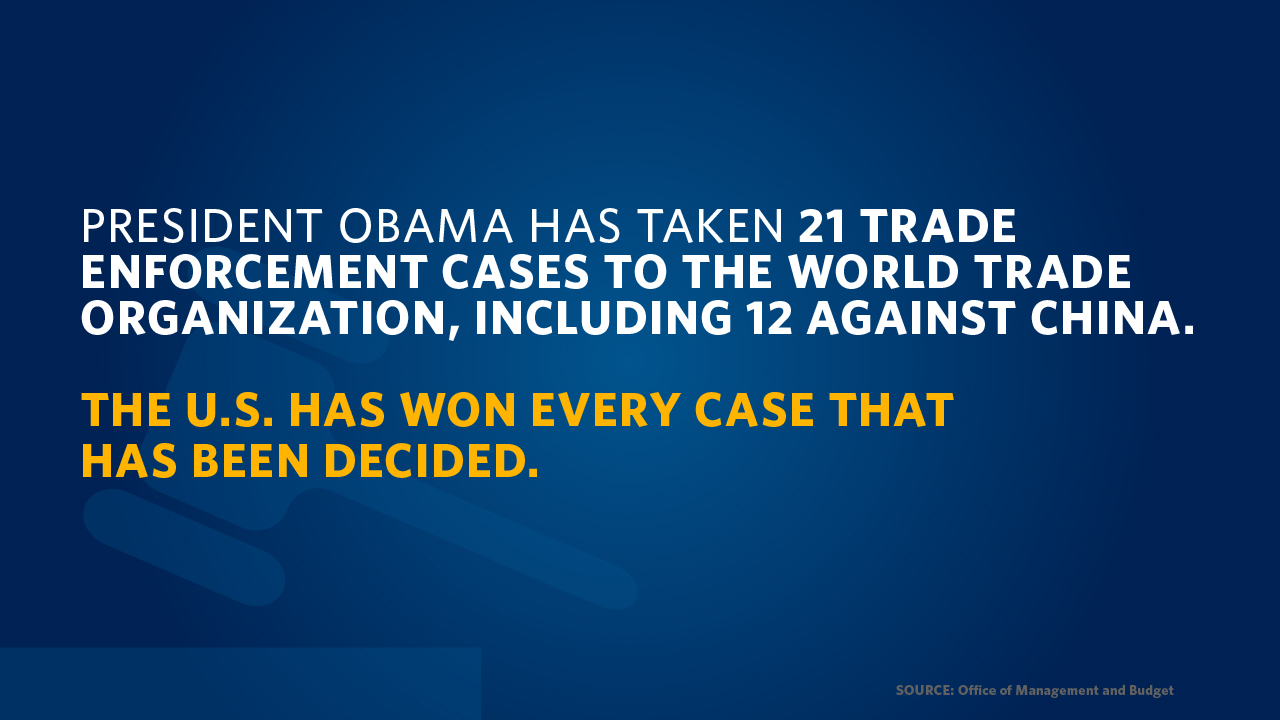 As the president said, "Trade has helped our country a lot more than it’s hurt us." For example, companies that export pay workers higher wages than companies that don't. And under the President's trade agreement—the Trans-Pacific Partnership—we will eliminate over 18,000 taxes various countries put on Made-In-America products. With the TPP, we can rewrite the rules of trade to benefit America’s middle class. Because if we don’t, competitors who don’t share our values, like China, will step in to fill that void.

4 myths Republicans in Congress continue to spread about the economy—busted by @POTUS: https://t.co/IryDjICFDM

"Right now, the number of people trying to cross our border illegally is near its lowest level in 40 years."

As the President noted yesterday, not only do immigrants start about 30% of all new businesses in the U.S., they actually pay more in taxes than they receive in services. And no, immigrants are not the main reason wages haven't gone up for middle-class families. That's a reflection of the decisions made by companies in which the top CEOs are getting paid more than 300 times the income of the average worker. So deporting 11 million immigrants would not only cost taxpayers billions of dollars and tear families apart, it would do nothing to seriously help the middle class. What our immigration system needs is comprehensive reform, the kind that President Obama has been pushing Congress to pass. That way, families who have been here for decades can come out of the shadows, go through background checks, and pay their taxes.