Together, We are Stronger

June 6, 2016 at 9:30 AM ET by Amanda Stone
Twitter Facebook Email
Summary:
The White House launches a video message in the lead-up to the first United State of Women Summit on June 14th, 2016.

The following is cross-posted from Medium. 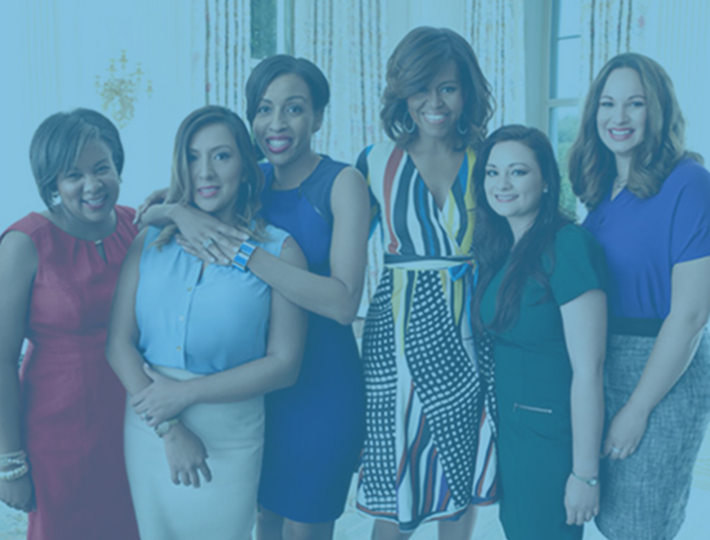 On June 14th, the White House Council on Women and Girls, together with the Department of State, the Department of Labor, the Aspen Institute and Civic Nation, is convening the first United State of Women Summit, a large-scale effort to rally together advocates of gender equality to highlight what we’ve achieved, identify the challenges that remain, and chart the course for addressing them. Experts, advocates, and grassroots and business leaders who work in both domestic and international arenas will gather to highlight key issues affecting women and girls and best practices to carry on into the future.

Featuring a diverse mix of speakers and panelists from around the world, the Summit’s plenary and breakout sessions are built around six pillars:

Together with our co-hosts, we seek to address these critical issues, and bring together people from all backgrounds to learn from each other. The Summit is being held with cooperation from the Ford Foundation, Goldman Sachs 10,000 Women, the PepsiCo Foundation, and the Tory Burch Foundation.

We’re thrilled to announce that 5,000 people have registered to attend the Summit. And while registration is now closed for attendees, we encourage everyone to tune in via livestream on June 14th at www.theunitedstateofwomen.org. We’ll release more details about the summit’s speakers, panelists and breakout sessions in the coming days.

In the lead-up to this year’s Summit, today the White House proudly launched a video message from some incredible women who strive to level global playing field — across the world — from the silver screen to the sports arena, from non-profits to the financial sector, from the runway to the White House.

In addition to participating in this film, many of these women have also created their own pledges, declaring how they’re doing their part for the United State of Women. Join the #StateofWomen by making your own pledge of how you’re going to change our tomorrow.

Meryl Streep is the most Oscar-nominated actor in the world, known for her roles in films including Kramer v. Kramer, The Iron Lady, Julie and Julia andThe Devil Wears Prada. Outspoken about sexism in Hollywood and funds a screenwriting lab for women over 40.

Kerry Washington is an Emmy and Golden Globe nominated actress and activist and can currently be seen starring on ABC’s Scandal. She most recently starred in HBO’s Confirmation, which she executive produced. Washington serves as a member on the President’s Committee for the Arts and Humanities and is an ambassador for the Allstate Foundation Purple Purse Campaign.

Dr. Jen Welter is the first female coach in the NFL and the first woman to play running back in men’s pro football. Dr. Welter uses both her Ph.D. in psychology and her decades of experience knocking down barriers to encourage young girls and women to do the same — to tackle their dreams and take the path not previously travelled.

Leah Katz-Hernandez is the receptionist of the United States. Being deaf, she has paved the way for people with disabilities in the White House.

Amani Al-Khatahtbeh is the founder of Muslimgirl.net, the number one online publication for Muslim women in the U.S aimed at eliminating stereotypes surrounding Islam and promoting the place of Muslim women in Western societies.

First Lady Michelle Obama is a lawyer, writer, role model for women and an advocate for healthy families, service members and their families, higher education, and international adolescent girls education.

Katie Lowes is an actress known for her role on Scandal, a show centered around strong and powerful women. She is also the co-founder and director of her IAMA Theatre Company.

Tina Fey is an actress, comedian, writer and producer. She was the first female head writer of Saturday Night Live, screenwriter of Mean Girls, creator/co-creator of 30 Rock and Unbreakable Kimmy Schmidt respectively, and author of Bossypants.

Connie Britton is an Emmy and Golden Globe nominated Actress most well known for her roles on Nashville and Friday Night Lights. Connie serves as a Goodwill Ambassador for the United Nations Development Programme, focusing on poverty eradication and women’s empowerment.

Jessica Williams is an actress and comedian, known for her role as a Senior Correspondent on The Daily Show. She has addressed equal pay and other women’s rights topics on the show.

Laverne Cox is the first openly transgender person to be nominated for a Primetime Emmy and star of Orange is The New Black. She has won numerous awards for her activism and her prominence has led to a growing conversation about transgender people.

Indra Nooyi is the Chairman and CEO of PepsiCo and is consistently ranked as one of the world’s 100 most powerful women. In its global food and beverage portfolio, PepsiCo has 22 brands — from Pepsi to Tropicana to Quaker — that generate more than $1 billion each in annual retail sales.

Dina Habib Powell is the Head of Goldman Sachs’ Impact Investing Business and President of the Goldman Sachs Foundation. She oversees 10,000 Women, an initiative that offers business and management education and access to capital to women entrepreneurs across over 50 countries.

Tory Burch is the Chairman, CEO, Designer and Founder of the Tory Burch Foundation, which empowers women entrepreneurs in the U.S.

Adepero Oduye is an actress known for her roles in the critically-acclaimed independent film, Pariah and the Academy Award-winner 12 Years a Slave. She made her directorial debut last year with the short film Breaking In.

Bellamy Young is known for her role on Scandal where she plays a strong female character running for President. From Broadway to the country music scene, her work transcends boundaries.

Cecile Richards has been the President of the Planned Parenthood Federation of America since 2006. Her career has been devoted to fighting for women’s reproductive rights and women’s health coverage.

Aidy Bryant is an American actress and comedian, best known as a cast Member on Saturday Night Live. She wrote and starred in the short filmDarby Forever which can be seen on Vimeo, and has appeared on Girls, Broad City and Louis CK’s Horace & Pete.

Christy Turlington Burns is a model, global maternal health advocate, and founder of Every Mother Counts, a non-profit organization dedicated to making pregnancy and childbirth safe for every mother, everywhere.

Cynthia Erivo is an actress and singer-songwriter. She is known for her Tony-nominated role as Celie Harris in the Broadway production of The Color Purple, a show that centers around the stories of women.

Valerie Jarrett serves as the Senior Advisor to the President of the United States and Assistant to the President for Public Engagement and Intergovernmental Affairs in the Obama Administration.

Tina Tchen is Assistant to President Barack Obama, Chief of Staff to First Lady Michelle Obama, and Executive Director of the White House Council on Women and Girls.

Megan Smith the first female Chief Technology Officer of the United States of America. Smith was previously the vice president of Google[x] at Google. Smith co-founded the Malala Fund, a girls’ education foundation and is leading the way for women in technology.

Shonda Rhimes is one of the most successful writers, producers and content creators of all time. Her award-winning shows include Grey’s Anatomy, Scandal, How To Get Away with Murder and The Catch and these shows feature strong, complex female characters.

Tracee Ellis Ross is an actress, performance artist and passionate motivational speaker. Tracee stars on the ABC comedy series Black-ish, a role for which she earned her third NAACP Image Award for “Best Actress in a Comedy Series.” Tracee is an advocate for women to know their true, genuine beauty.