A Cooking Revolution: How Clean Energy and Cookstoves Are Saving Lives 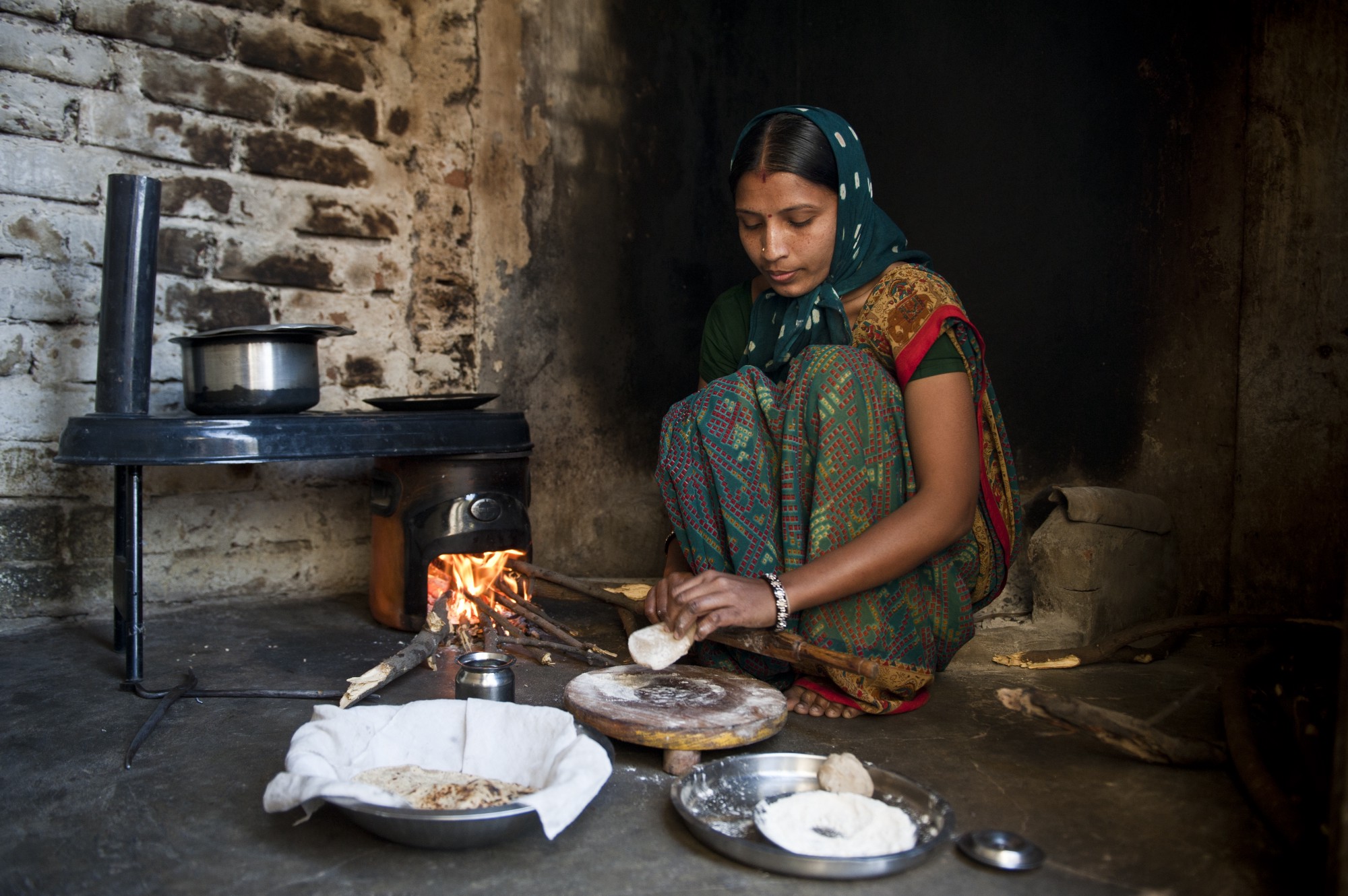 Cooking: it’s a simple act that has brought families around the world together for thousands and thousands of years.

As a chef, I can think of few things more beautiful than that. However, I also know how deadly such a simple act can be — not only to our health, but to our environment.

Think about it: For Americans, turning on the stove means simply turning a knob or switch. For people living in developing countries, particularly women and children, it means hours of collecting fuels like firewood, dung, or coal to burn in a rudimentary, smoky cookstove or over an open fire. The result is a constant source of toxic smoke that families breathe in daily, causing diseases like child pneumonia, heart disease, and lung cancer — not to mention taking a child away from her education.

And the environment suffers, too. When people collect wood every day from their local forests to create charcoal or fuel for wood-burning stoves, it creates an unsustainable pace of deforestation that leads to mudslides, loss of watershed, and other environmental consequences. These stoves also contribute up to 25 percent of black carbon emissions, a pollutant that contributes directly to climate change.

You see, from what we cook to how we cook, our food connects with our lives on so many levels. That’s why having access to better technology and clean energy for cooking is as equally important as the ingredients in the food being prepared.

It’s also why I’m proud to support an effort to bring clean cookstoves and fuels to millions of people in developing countries.

Together with the United Nations, the U.S. government, and partners around the world, the Global Alliance for Clean Cookstoves focuses on working with local communities and organizations to develop a market for cookstoves and fuels that significantly reduce emissions, cook more efficiently, and fit with local customs and culture. Under President Obama, the U.S. has exceeded its commitment to this effort, providing more than double the investment that we promised when this program launched in 2010.

The Obama administration’s investment goes a long way toward achieving our goal of bringing access to clean cookstoves and fuels to 100 million households in places like China, Guatemala, Kenya, and India by 2020.

Just last month, India’s Prime Minister Narendra Modi announced his plan to connect 50 million Indian families to clean cooking gas over the next three years. This is an important step being taken at an unprecedented scale, and it could help protect the lives of millions and while also improving India’s environment.

That’s powerful, people! Mothers can be healthier. Young girls have more time to go to school. Forests grow again. People can feed themselves without risking their lives to cook a meal.

That’s what we can accomplish by providing clean cookstoves and fuels. And that’s a simple act that can change the world for years and years to come.

José Andrés is an internationally-recognized chef and an advocate for food and hunger issues.