Kicking Off the 2016 National Week of Making

June 17, 2016 at 11:30 AM ET by Andrew Coy
Twitter Facebook Email
Summary:
The White House celebrates Makers with new announcements and honors Champions of Change for Making. 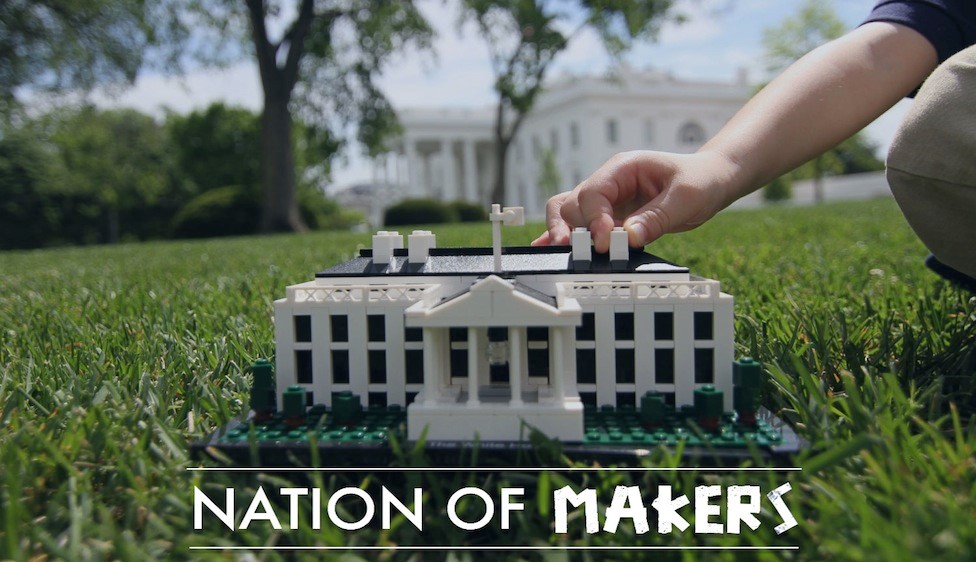 Yesterday, President Obama proclaimed June 17-23 a National Week of Making. There will be hundreds of events celebrating home-grown ingenuity in recreation centers, libraries, museums, schools, universities, and community spaces across the country throughout the week.

As the President said: “During National Week of Making, we recommit to sparking the creative confidence of all Americans and to giving them the skills, mentors, and resources they need to harness their passion and tackle some of our planet’s greatest challenges.”

To kick-off the week, the Obama Administration is also announcing important progress on the President’s Nation of Makers initiative. Among these:

Today, the White House is joining in the celebrations by featuring 10 Champions of Change for Making, honoring these individuals for doing extraordinary things to empower and inspire members of their communities. The event will feature presentations and panels from the Champs as well as remarks by U.S. Chief Technology Officer Megan Smith and Thomas Kalil, Deputy Director of the White House Office of Science and Technology Policy.

Tune in to the live-stream at www.wh.gov/live today at 1:00 PM ET to follow the conversation or share your latest maker creation using the hashtags #WHChamps and #NationOfMakers.

Friday’s kick-off event will be followed by the National Maker Faire, taking place in Washington, D.C. on June 18 - 19, organized by a broad range of national and local organizations on the University of the District of Columbia campus. The National Maker Faire will include participation from Department of Agriculture, Department of Energy, Department of the Navy, Institute of Museum and Library Services, National Aeronautics and Space Administration, National Endowment for the Arts, and National Institute of Standards and Technology.

So get involved, be it online, or in the activities in your community. Help us celebrate the spirit of curiosity and innovation inherent in the act of making, and tell us about it!  Anyone can be a part of the #NationofMakers.

Andrew Coy is Senior Advisor for Making at the White House Office of Science and Technology Policy.