An Update On Our Mission in Afghanistan

July 6, 2016 at 11:39 AM ET by Melanie Garunay
Twitter Facebook Email
Summary:
Today, President Obama gave an update on the U.S. presence in Afghanistan through the end of his Administration.

Today, President Obama provided an update on our mission in Afghanistan, announcing that the U.S. will maintain approximately 8,400 troops there through the end of his Administration.

The President said that this decision, based on a recommendation from U.S. General Nicholson, Secretary of Defense Ash Carter, and Joint Chiefs of Staff Chairman Dunford, will allow the U.S. Armed Forces to execute its two narrow missions in Afghanistan: training and advising Afghan forces, and supporting counterterrorist operations against the remnants of al-Qaida as well as other terrorists, including ISIL.

Watch an excerpt of the President's remarks:

.@POTUS just gave an update on the continued U.S. presence in Afghanistan—here's what he had to say: https://t.co/iKNR8TVh0O

President Obama on our troop presence in Afghanistan:

"Instead of going down to 5,500 troops by the end of this year, the United States will maintain approximately 8,400 troops in Afghanistan into next year, through the end of my administration. The narrow missions assigned to our forces will not change—they’ll remain focused on supporting Afghan forces and going after terrorists. But maintaining our forces at this specific level—based on our assessment of the security conditions and the strength of Afghan forces—will allow us to continue to provide tailored support to help Afghan forces continue to improve. From coalition bases in Jalalabad and Kandahar, we’ll be able to continue supporting Afghan forces on the ground and in the air. And we continue supporting critical counterterrorism operations." 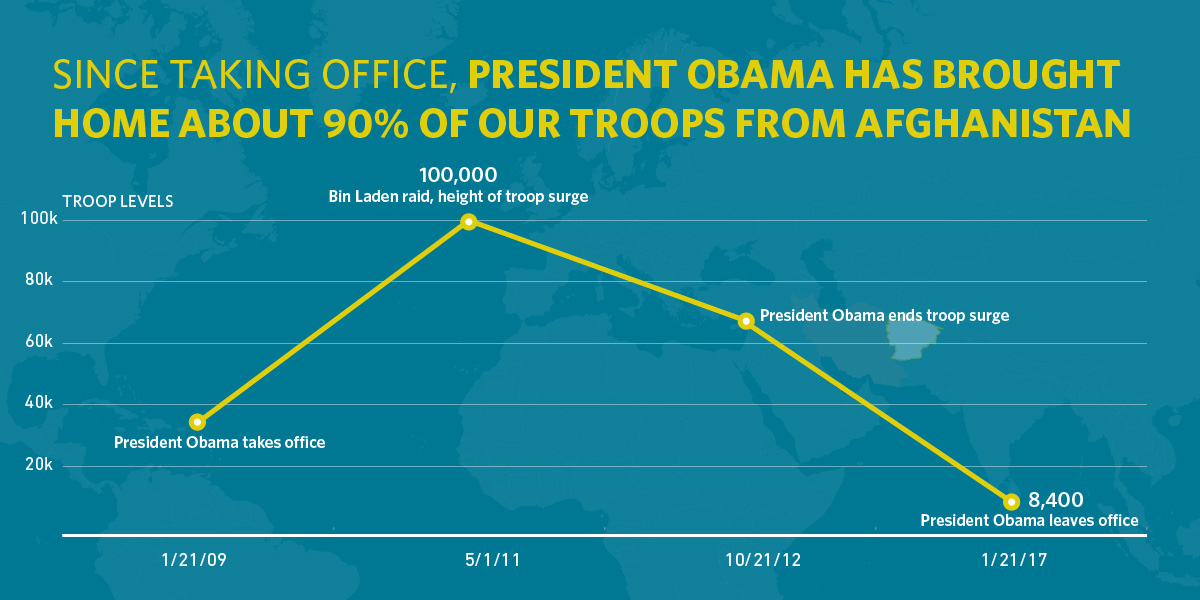 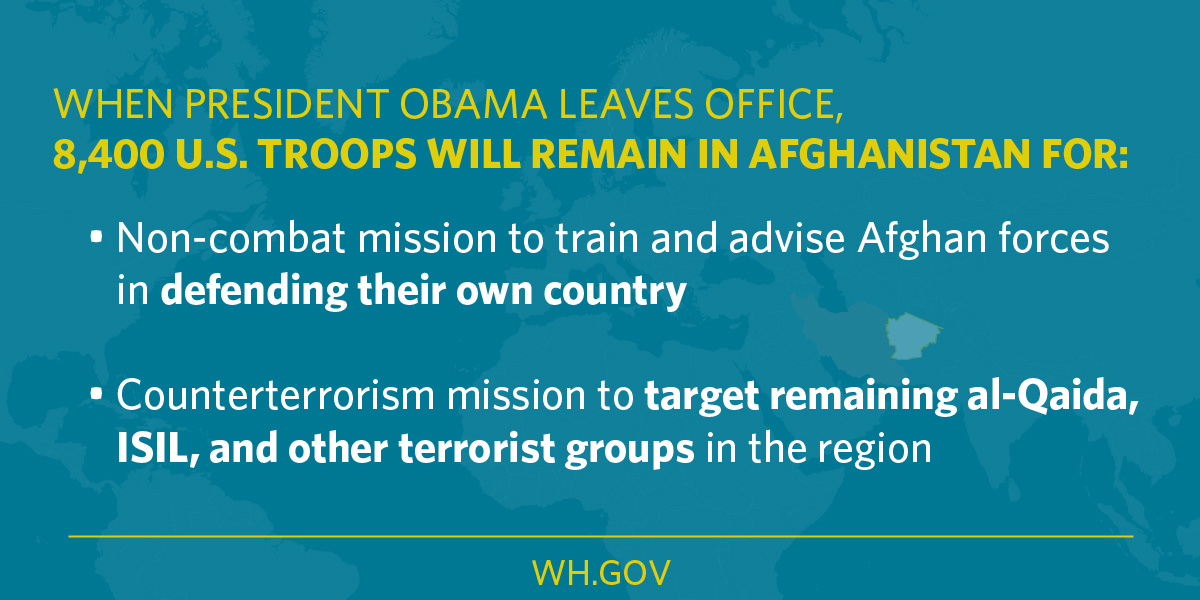 President Obama on what this decision means for ending the conflict in Afghanistan and for the next U.S. administration:

"My decision today also sends a message to the Taliban and all those who have opposed Afghanistan’s progress. You have now been waging war against the Afghan people for many years. You have been unable to prevail. Afghan security forces continue to grow stronger. And the commitment of the international community, including the United States, to Afghanistan and its people will endure. I will say it again—the only way to end this conflict and achieve a full drawdown of foreign forces from Afghanistan is through a lasting political settlement between the Afghan government and the Taliban. That’s the only way. And that is why the United States will continue to strongly support an Afghan-led reconciliation process and why we call on all countries in the region to end safe havens for militants and terrorists.

"Finally, today’s decision best positions my successor to make future decisions about our presence in Afghanistan.  In January, the next U.S. president will assume the most solemn responsibility of the Commander in Chief—the security of the United States and the safety of the American people.  The decision I’m making today ensures that my successor has a solid foundation for continued progress in Afghanistan as well as the flexibility to address the threat of terrorism as it evolves."