Unlocking the Promise of Broadband for All Americans

Benjamin Franklin. Thomas Edison. George Washington Carver. Samuel Morse. America is a nation of inventors, and invention has spurred American growth since its inception, to the benefit of all Americans.

That same spirit of invention continues today, and this Administration has worked tirelessly over the past seven years to promote pro-innovation policies to help the U.S. prosper and grow. One area the President has focused on has been spectrum —the airwaves over which our wireless communications travel. By focusing both on making more spectrum available for mobile broadband and supporting research and innovation into better spectrum usage, the President has helped satisfy ever-increasing demand for fast, high-capacity telecommunications that are critical to our economic future.

Today, the Administration continues to build on this history of innovation by announcing new wireless research efforts that will improve testing and research of advanced wireless technologies. This effort will help spur innovation in many ways, from pushing the frontiers of tele-medicine through robot-assisted remote surgeries, to testing of autonomous vehicles that talk to each other to keep us safe, to the roll-out of smart manufacturing equipment in factories, to providing more connectivity for more people. Each one of these innovations has the potential to support increased productivity growth that can put more money in the pocket of American families.

And it comes on the heels of seven remarkable years on broadband growth in the United States, where the average American has seen the speed of wireless broadband multiply up to tenfold, and the tripling of even higher-bandwidth home broadband. This effort began in the first days of this Administration when the President signed the Recovery Act, which funded almost $7 billion in broadband investments, resulting in the deployment of more than 115,000 miles of new or improved broadband infrastructure.

The President also launched initiatives like ConnectED which is on track to connect 99% of students to fast broadband and wireless in their classrooms and libraries by 2018, and ConnectALL, his initiative to get 20 million more Americans to adopt broadband by 2020.

The President’s efforts on wireless kicked into high gear in 2010, when he issued a Presidential Memorandum directing the Department of Commerce through the National Telecommunication and Information Administration (NTIA) to collaborate with the Federal Communications Commission (FCC) to make available 500 MHz of spectrum for commercial broadband use by 2020. We are halfway to this goal, thanks to hard work from nearly two dozen Federal agencies to free up spectrum for auction and innovative new plans to share the airwaves. 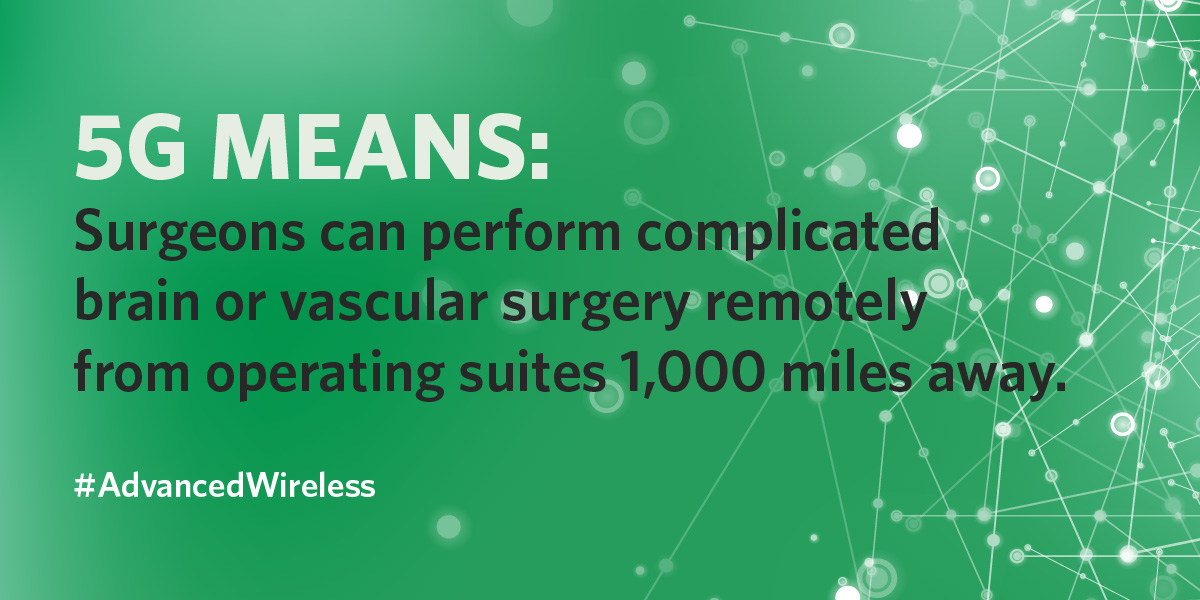 The FCC’s 2015 spectrum auction was its most successful ever, raising more than $40 billion in revenue for the Federal government while spurring the deployment of faster wireless broadband. And this year, the FCC launched an innovative “incentive” auction that will make available substantial additional spectrum in a win-win-win fashion: broadcast stations can voluntarily sell their spectrum if that makes them better off, wireless providers can voluntarily purchase the spectrum if that will support their consumers, all while raising revenue for the Treasury.

Thanks in large part to these forward-thinking spectrum policy initiatives, the United States has become a world leader in wireless, achieving the goal the President set in the 2011 State of the Union that more than 98 percent of Americans should have access to fast 4G/LTE mobile broadband, which operates at speeds up to ten times faster than eight years ago. These policies also help to ensure that the United States is ahead of the curve in working to avoid a spectrum crunch, where the fixed amount of spectrum available would limit new development.

Why has this Administration worked so hard to free up spectrum, to get people connected, and to create wireless laboratories for businesses, entrepreneurs and local governments to experiment with new wireless applications?

The answer is simple: to grow the economy. Innovation is a key driver of productivity growth, and productivity growth will help to raise living standards and wages. These policies are designed to enable Americans of all backgrounds to participate—and innovate—in our increasingly digital economy, both driving productivity growth and sharing in its benefits. A recent CEA report describes the many benefits to connectivity.

But we have more work ahead of us to ensure that the benefits of these innovations—higher standards of living, real wages, etc.—are accessible to all Americans. That is why, in addition to traditional pro-growth policies, this Administration has also pursued initiatives that help everyone get connected, and maximize the impacts when people do get online, so that all Americans can take part in the new economic opportunities that come as a result of new innovations.

Today, for example, marks the one-year anniversary of ConnectHome, an initiative led by HUD to extend affordable broadband access to families living in HUD-assisted housing in 28 pilot communities, increase digital literacy, and provide access to low-cost devices. With new commitment from internet service provider partners like Comcast and Cox, both of whom are extending their low-cost offers to HUD-assisted households within their footprint, ConnectHome will now reach over 2 million Americans. That can be a game-changer for Americans like Stacie B., a single mother in Little Rock, Arkansas, who through this program received digital literacy training, a tablet, and low-cost Internet—all of which helped her gain new job skills, and her daughter apply for college and financial aid.

That sort of change at the community level will go even further when the Federal Reserve Bank releases new guidance next week on Community Reinvestment Act (CRA) funding. “Closing the Digital Divide: A Framework for Meeting CRA Obligations,” will outline how banks can apply more of the $100 billion in CRA funding nationwide to support broadband in underserved communities.

Whether they’re helping Americans get online at home or on the go, where they learn or where they work, these efforts are making a difference for our economy—allowing American families, businesses, and entrepreneurs to innovate and benefit from innovations, and helping continue to drive America’s productivity growth in the same way that our great inventors have done for years.