Violence Against Indigenous Women and Girls: Commitments from the North American Leaders Summit

July 28, 2016 at 8:00 AM ET by Carrie Bettinger-Lopez
Twitter Facebook Email
Summary:
The United States, Canada, and Mexico have resolved to work together to share lessons learned and improve coordination on violence against indigenous women and girls.

On June 29, President Obama traveled to Ottawa, Canada, for the North American Leaders’ Summit (NALS), where he met with the Prime Minister of Canada, Justin Trudeau, and the President of Mexico, Enrique Peña Nieto, to discuss key priorities aimed at creating a safe and secure future for the citizens of all three countries. As part of our three countries’ shared commitment to work together to realize that vision, our leaders announced key initiatives to enhance North America’s economic competitiveness; expand our efforts on climate change, clean energy, and the environment; solidify our regional and global cooperation; and strengthen our security and defense.

Amongst the many commitments announced at the NALS was a tri-lateral commitment to address the scourge of violence against indigenous women and girls that exists across North America, discussed in more detail below.  We included that commitment under the “security and defense” pillar, to underscore that women’s security is integral to national security. To that end, we committed to establish a new North American Working Group on Violence against Indigenous Women and Girls. We are pleased to host the first meeting of this working group at the White House in October.

Across Canada, the United States, and Mexico, indigenous women and girls face alarmingly high levels of violence and often lack access to justice, health care, and social services.  This May, the magnitude of this violence in our own country was driven home by a new report from the National Institute of Justice (NIJ) with simply staggering statistics. The researchers found that more than 84% of Alaska Native and American Indian women had experienced some form of violence in their lifetimes: 66% experienced psychological violence, 56% experienced sexual violence, 55% experienced physical violence from an intimate partner, and 49% experienced stalking. Despite the grave need for support and protection from this violence, 38% of Alaska Native and American Indian female victims were unable to access legal, medical, and other services. The report also found that, amongst the women who reported experiencing violence in their lifetimes, 97% of victims experienced violence by an interracial perpetrator.

This disturbing statistic reminds us of the importance of the Special Domestic Violence Criminal Jurisdiction (SDVCJ) provisions in the 2013 reauthorization of the Violence against Women Act (VAWA), which recognized tribes' inherent power to exercise special criminal jurisdiction over non-Indian offenders who commit domestic violence, dating violence, or violate a protection order.  As the data in the NIJ study show, interracial violence is, unacceptably, the norm in Indian Country and this provision is helping to hold non-tribal offenders accountable for their crimes. To support Tribes in implementing their right to exercise criminal jurisdiction in these cases, the Department of Justice’s Office on Violence against Women recently announced a new grant program that will strengthen Tribal criminal justice systems. 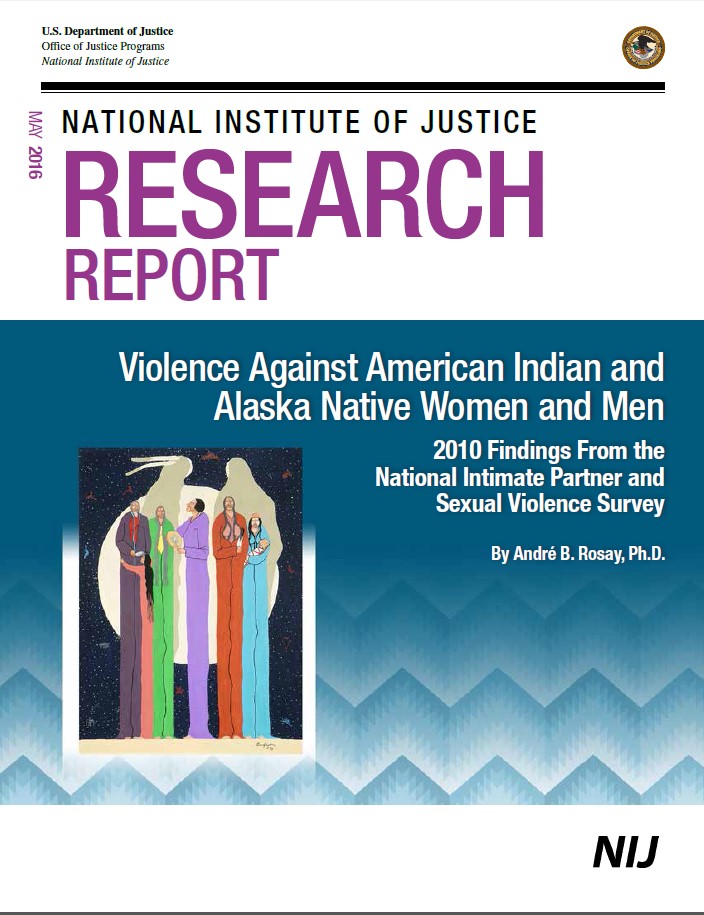 Likewise, in Mexico, lethal violence against indigenous women and girls is also a serious problem. Across Latin America, including in Mexico, it is estimated that indigenous women and girls are disproportionately the victims of feminicidios (gender-motivated killings) according to a report prepared by the United Nations Permanent Forum on Indigenous Issues. Given the widespread impact of this violence, each of our governments expressed a deep commitment to meaningfully responding to this regional problem through collective action.

Recognizing the scale and complexity of this violence, representatives from all three countries have resolved to work together as part of the North American Working Group on Violence Against Indigenous Women and Girls, with the goals of: