July 29, 2016 at 11:59 AM ET by Amy Lansky
Twitter Facebook Email
Summary:
On the anniversary of our National HIV/AIDS Strategy, ONAP is releasing the latest available data on the Strategy's indicators of progress.

Today, on the anniversary of the National HIV/AIDS Strategy, ONAP is releasing an updated version of the Indicator Supplement, which outlines everything you want to know about the Strategy’s indicators, or measures of progress, toward its 2020 goals. 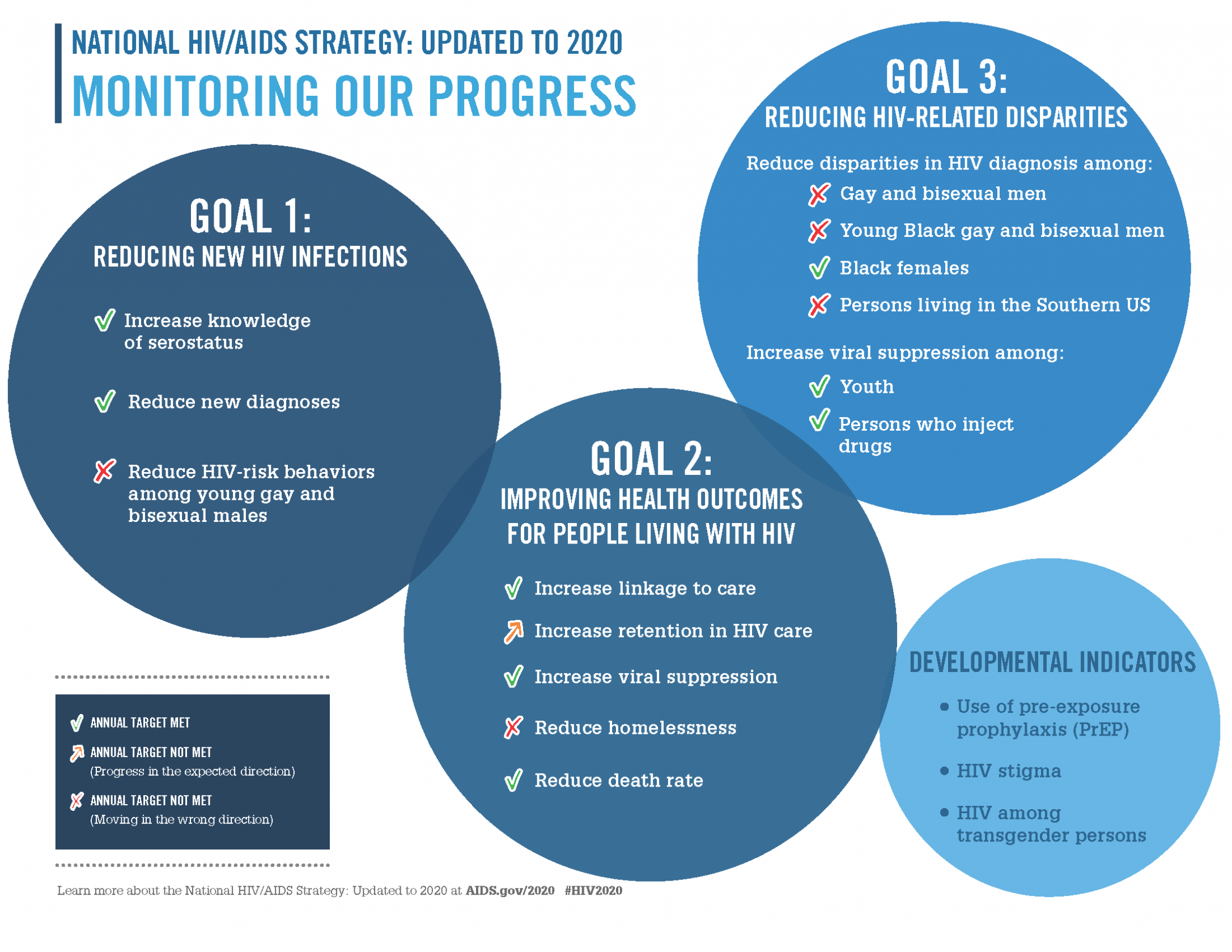 And in this new video, I explain our progress and what the data mean for our comprehensive response to HIV:

Notably, there were improvements in several key indicators:

However, we also have to consider that we are not seeing progress on some indicators.

TOWARD THE GOALS OF THE STRATEGY

These data show that considerable progress is being made, but that all groups have not benefitted equally. We still have more progress to make in order to achieve the goals of the National HIV/AIDS Strategy.

Many new programs were initiated between the year reflected in most data and now. Together, we have worked diligently to scale up access to effective HIV prevention tools and high quality HIV medical care. We have worked to deploy new scientific findings quickly and to use programmatic lessons learned in communities across the country to guide our efforts. We have followed the Strategy to align resources with the epidemic, focusing on the populations and communities with the greatest burden of HIV.

New initiatives in the past few years, for example, include:

The Strategy’s Federal Action Plan delineates actions for 2016 through 2020 that will continue progress. For 2016, Federal agencies have committed to nearly 100 actions to implement the Strategy, many of which are collaborative across agencies. Many of these address the areas where we are not meeting the indicator targets, including actions focusing on gay and bisexual men and persons living in the Southern United States, and actions addressing housing for people living with HIV.

We also have a Community Action Plan Framework which community-based organizations, advocacy groups, educational institutions, and health care delivery organizations are encouraged to use to help align activities and programs with the goals and actions of the Strategy.

With the Strategy serving as our roadmap, we must not let up effort until we achieve our nation’s goals. If we let up in areas where we are seeing progress, we risk the possibility that our hard-won gains will be eroded over time. For indicators that did not meet their annual target, we must look carefully at the data and our actions to consider, for example, what needs to be scaled up, intensified, targeted, or changed. It is only by working together, monitoring our annual progress, and continuing to improve our prevention and care efforts that we will be able to achieve these goals.