Closing an Estate Tax Loophole for the Wealthiest Few: What You Need to Know

August 3, 2016 at 10:00 AM ET by Simone Leiro
Twitter Facebook Email
Summary:
The Treasury Department took action to close a loophole that allows some wealthy families to avoid paying their fair share in estate taxes. Here's what you should know.

The Obama administration has made considerable progress over the past eight years to make our tax code fairer. This week, the Treasury Department is building on that progress through proposed new rules closing a loophole that allows some wealthy families to avoid paying their fair share in estate taxes. Treasury's action will help working families around the country because, when the wealthiest households are able to use sophisticated techniques to exploit loopholes and reduce the taxes that they owe, more of the tax burden ultimately falls on middle-class taxpayers.

So, what exactly is the estate tax and what do these proposed regulations do to help make our tax code fairer? Here are a few answers:

What is the estate tax?

The estate tax – a tax on large estates that are transferred to heirs – is a longstanding feature of our tax code.

Everyone technically has an “estate” consisting of all of their assets when they die. However, only Americans with estates valued at more than $5.45 million – or $10.9 million per married couple – have to pay any estate tax at all. As a result, only about 0.2 percent of estates -- about 2 out of every 1,000 – are subject to the estate tax. The estate tax does not apply to the other 99.8 percent of Americans.

So, really, the estate tax is just a tax on very large inheritances. It contributes a significant amount of revenue that helps fund important priorities like national defense, education, scientific research, and health.

So why is the Treasury Department now taking action on the estate tax?

Right now, the wealthy few impacted by the estate tax, with the help of their lawyers and accountants, can use sophisticated strategies that artificially reduce the value of their assets for tax purposes. One way they do this is by placing certain restrictions on their assets in order to justify “discounting” their value when transferred – resulting in a lower tax bill – without meaningfully changing the value of the entire family’s interests in the property.

Treasury’s action updates and strengthens the rules that apply to these kinds of estate planning strategies, making it more difficult for very wealthy families to claim large discounts on the value of their assets for tax purposes.

Why is this a priority?

This action reduces tax avoidance by making it more difficult for the wealthiest Americans to exploit this loophole and avoid contributing their fair share. The tax avoiding activity that this action addresses is quite significant. For example, a related proposal in the President’s budget a few years ago was estimated to prevent about $18 billion in lost revenue over 10 years.

Treasury’s announcement is the most recent example of the Obama administration’s efforts to make the tax code fairer, including recent steps taken to prevent large corporations from avoiding U.S. tax by moving their tax address overseas in a so-called “corporate inversion.”

What do Republicans think of the estate tax?

Republicans are responding to growing wealth inequality by proposing to eliminate the estate tax – which would bestow a huge tax windfall (averaging about $3 million) on heirs to multi-million- and billion-dollar fortunes. The House Republicans’ tax plan released on June 24, like others before it, would eliminate the estate tax entirely. Doing so would increase deficits by an estimated $269 billion over the next decade, while doing nothing for average Americans.

The Republicans’ priority of giving large tax cuts to the wealthy stands in stark contrast to the President’s approach of strengthening the estate tax – both through Treasury’s actions and through legislation – and ensuring the wealthy pay more of their fair share.

What are some of the other steps that the Obama administration has taken that impact America’s middle class?

The Obama administration has made substantial progress over the past eight years to make our tax code support middle-class Americans. In addition to Treasury’s actions, the President has enacted landmark legislation to permanently extend tax cuts for 98 percent of Americans, expand tax credits that now help 24 million families a year, and reverse costly tax cuts for the highest-income Americans.  In fact, under President Obama, middle-class families have paid lower Federal income tax rates on average than under any other President dating back to Eisenhower. 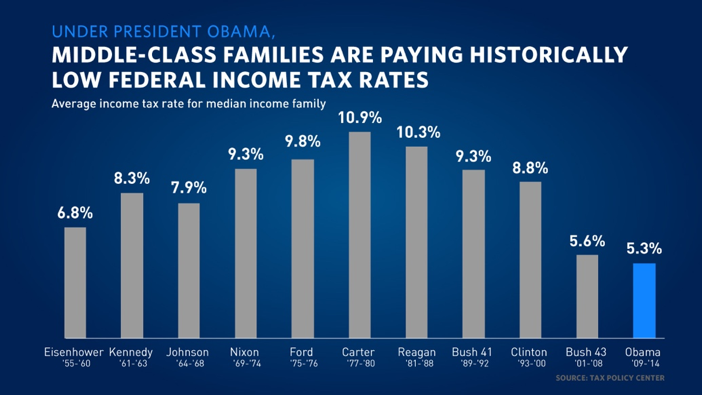 Although wage growth has accelerated over the past year, there’s still more work to do to get wages growing faster and combat inequality by leveling the playing field and helping working and middle-class Americans get ahead. That’s why the President’s budget calls on Congress to build on our progress by closing loopholes and curbing tax breaks for the wealthy and using the savings to expand tax credits for working and middle-class families and individuals and to reduce the deficit.

And that’s exactly what Treasury's action is all about.