August 25, 2016 at 10:05 AM ET by Cecilia Muñoz
Twitter Facebook Email
Summary:
The Fair Pay Safe Workplaces final rule and guidance issued yesterday rewards federal contractors who work hard on behalf of the millions of Americans who work for them. 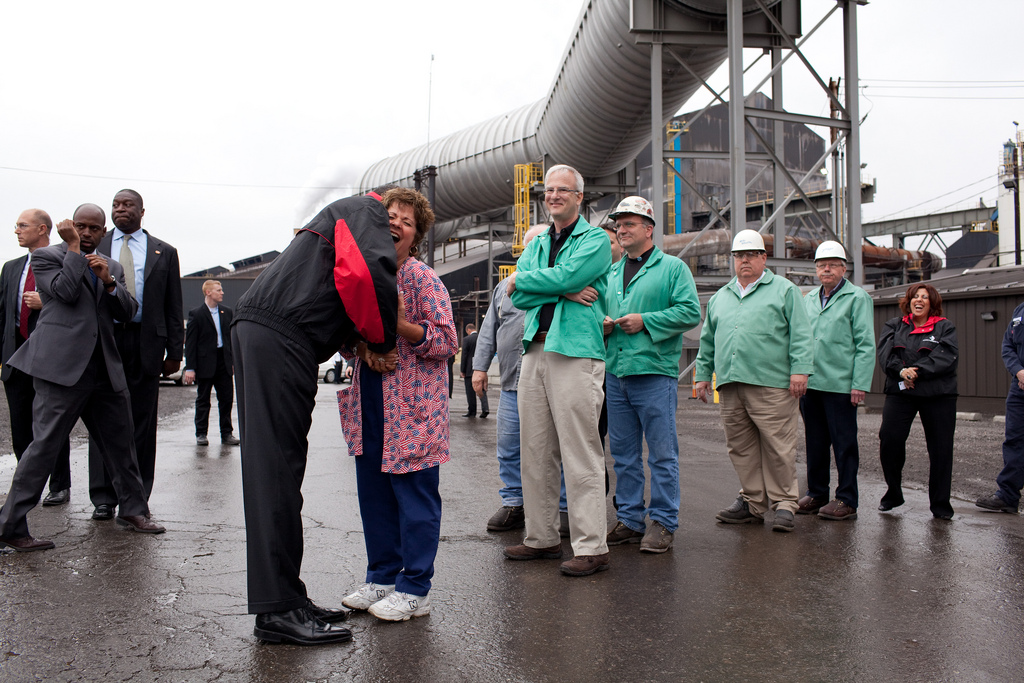 Since the first days of the Administration, President Obama has been committed to standing up for working Americans and standing with the many businesses that do the right thing and treat their employees fairly.  That’s why we’re excited to announce a major milestone in implementing the President’s 2014 Fair Pay and Safe Workplaces Executive Order.  The final rule and guidance published yesterday will for the first time ensure that, when the federal government contracts with private businesses, we take their compliance with labor laws into consideration.  The rule and guidance give our contracting officers the information, tools, and direction necessary to evaluate whether contractors are complying with labor laws and hence are responsible partners with whom we can do business.

While most contractors follow the law, it is also true that tens of thousands of Americans each year are denied earned overtime wages, discriminated against because of their gender or age, or have their health and safety put in danger by contractors that cut corners. We know that contractors who cheat or endanger their workers are more likely to have performance problems. If they are cutting corners on safety measures, what else might they be cutting corners on?

But this small number of contractors may not just be cheating workers or American taxpayers, they also are undercutting their competitors who do the right thing but just can’t compete with low-ball bids based on skirting the law.

The final rule and guidance being put forward by the Department of Labor and the Federal Acquisition Regulatory Council (whose members are the major agencies of the federal government buying goods and services) will level the playing field. It will require federal contractors to disclose any labor law violations from the past three years and give direction to agency officials on how to evaluate that information as they make decisions about awarding contracts.

The rule and guidance are the product of years of collaboration and coordination across the Administration and reflect careful consideration of thousands of public comments from a wide range of stakeholders, including both small and large businesses. As a result, they address a number of concerns that were raised by contractors when these documents were published for public comment in the Spring of 2015 and seek to minimize any new burden required for implementation.

For example, the overwhelming majority of contractors will have a simple process by which they attest that they have no labor law violations from the last year. Those with violations will submit them through an online system they already use to submit other information, and only the most egregious violations that are serious, willful, repeated, or pervasive will be evaluated to determine if the contractor’s remediation is sufficient or more steps are required.

The new requirements will be also phased in over the next several years.  After the rule goes into effect, only the largest prime contracts worth $50 million or more will initially be covered. The remainder of prime contracts worth more than $500,000 will phase-in six months later, and finally subcontracts six months after that. Companies will initially only need to submit labor violations occurring in the past year, gradually moving to three years by 2018. Finally, the executive order’s requirement to disclose most state law violations (other than under OSHA state plans) will be delayed into the future only after additional rulemaking occurs.

Most importantly, the goal of the rule is not to play “gotcha” but rather to work with companies that may have a number of serious violations – we want to help them to improve.  That may mean paying workers the back wages they are owed or creating a culture of safety to prevent repeated serious injuries or deaths on the job. The Department of Labor will be standing by to help companies “pre-assess” their records—and enter into compliance agreements to remediate past or existing problems—well before they are in the position of competing for a contract.

Our goal is to help employers comply, not to blacklist anyone.   But it should also be very clear that the new rule will mean that the worst actors will be held accountable if they have repeatedly violated the rights of their workers, show willful disregard for the law, and are unwilling to begin to fix their problems. Taxpayer dollars should not reward companies that egregiously break the law.

This Administration is committed to leading by example in treating workers fairly—both with our own workforce and with our contractors—not only because it’s the right thing to do for workers, but also because it’s good for taxpayers and ensures the best value for their dollar.