President Obama Grants 111 Additional Commutations, the Most Commutations Granted in a Single Month

August 30, 2016 at 3:00 PM ET by Neil Eggleston
Twitter Facebook Email
Summary:
With today’s additional 111 grants, President Obama has commuted the sentences of 325 people in the month of August alone. 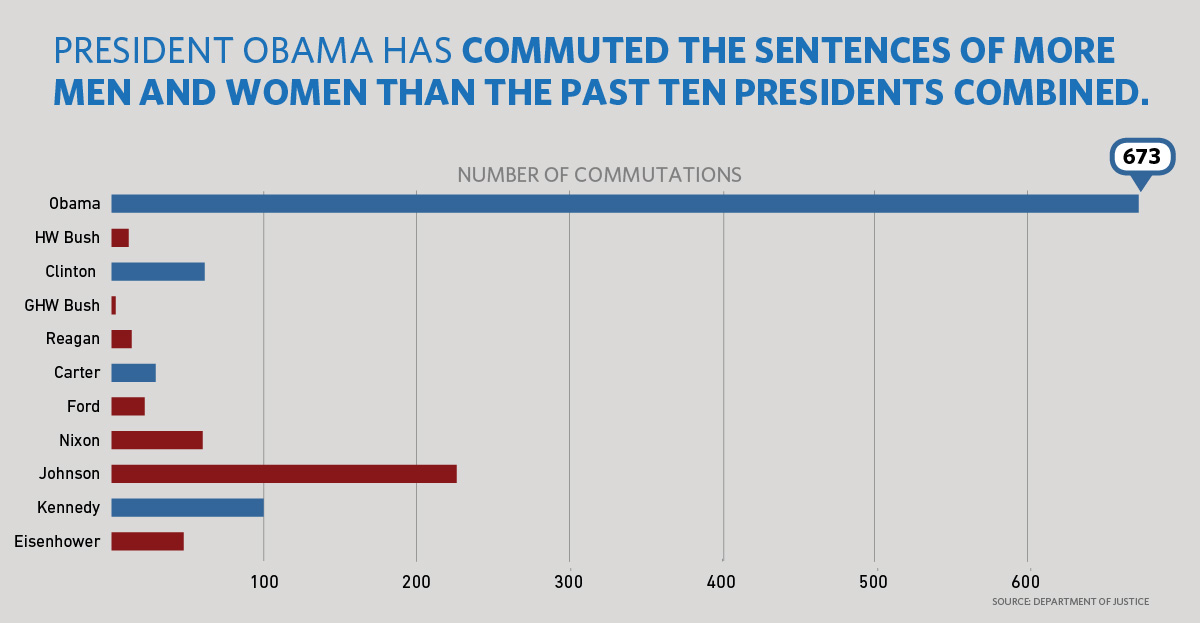 We must remember that these are individuals -- sons, daughters, parents, and in many cases, grandparents -- who have taken steps toward rehabilitation and who have earned their second chance.  They are individuals who received unduly harsh sentences under outdated laws for committing largely nonviolent drug crimes, for example, the 35 individuals whose life sentences were commuted today. For each of these applicants, the President considers the individual merits of each application to determine that an applicant is ready to make use of his or her second chance.

While I expect that the President will continue to grant commutations through the end of this administration, the individualized nature of this relief highlights the need for bipartisan criminal justice reform legislation, including reforms that address excessive mandatory minimum sentences.  Only the passage of legislation can achieve the broader reforms needed to ensure our federal sentencing system operates more fairly and effectively in the service of public safety.

Neil Eggleston is White House Counsel to the President