A Six-Year-Old's Letter to the President: "We Will Give Him a Family"

September 21, 2016 at 9:19 PM ET by Rachel Kopilow
Twitter Facebook Email
Summary:
Alex, a six-year-old boy from New York, asks the President to help him provide a home for a refugee in need.

This summer, the world was shocked by a photo of a young Syrian boy, sitting silently in an ambulance after an air strike on Aleppo, covered in blood and dust. The boy, Omran, became an iconic image of the toll the conflict in Syria is taking on its people and the ongoing refugee crisis it has created.

In a politically caustic environment, it is not surprising that some have reacted with fear and suspicion to the idea of welcoming refugees to our shores. But not Alex. Alex is six years old and lives just outside of New York City with his mom, dad, and little sister Catherine. When Alex saw what had happened to Omran, he sat down at his kitchen table and wrote President Obama a letter. "Can you please go get him and bring him to [my home]," he asked. "We'll be waiting for you guys with flags, flowers, and balloons. We will give him a family and he will be our brother."

In the Leaders Summit on Refugees this week, President Obama shared that letter with the world leaders that had gathered together to discuss what they could do to solve the global refugee crisis.

The humanity that a young child can display, who hasn’t learned to be cynical, or suspicious, or fearful of other people because of where they’re from, or how they look, or how they pray, and who just understands the notion of treating somebody that is like him with compassion, with kindness -- we can all learn from Alex.

You can read the full letter here: 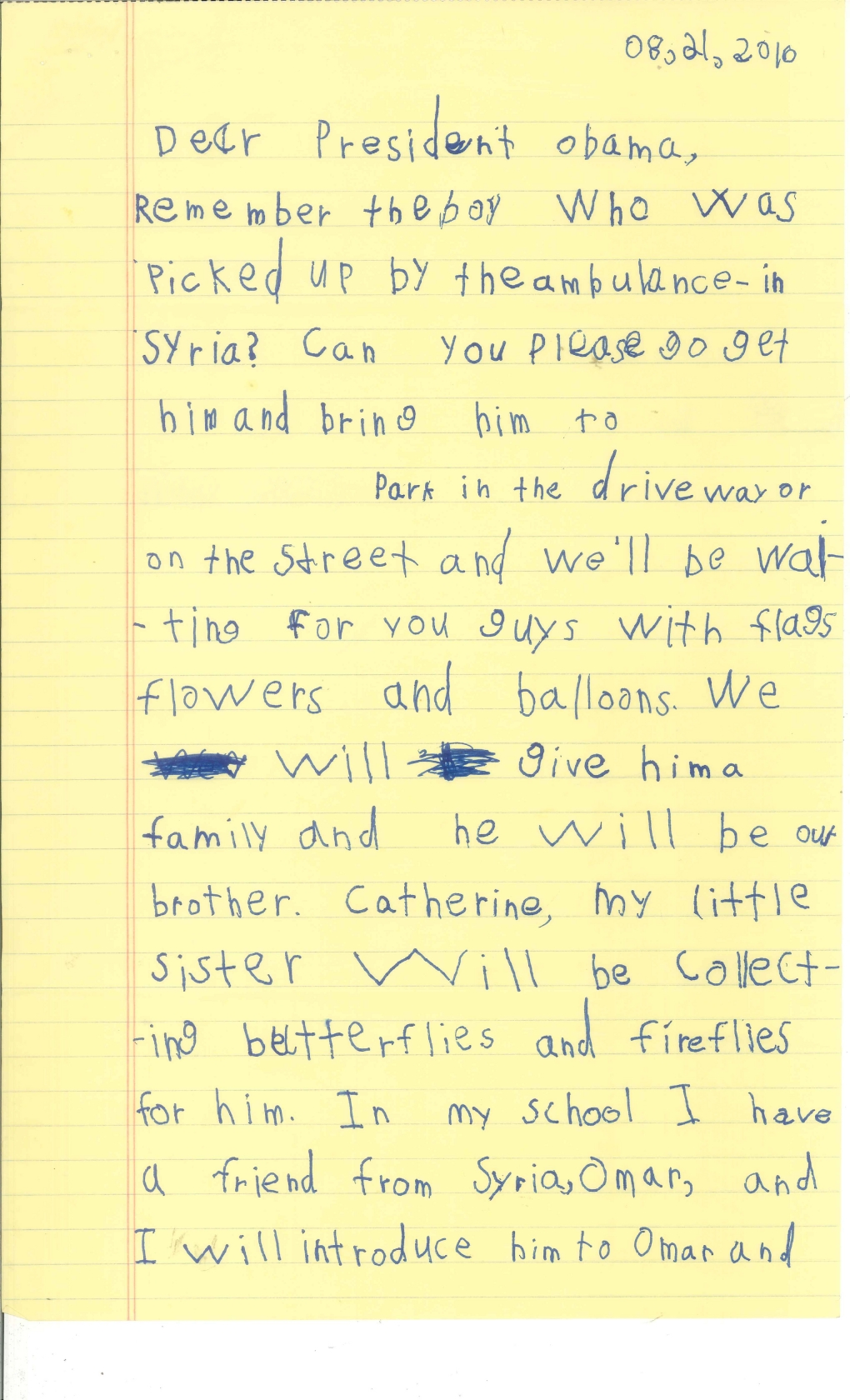 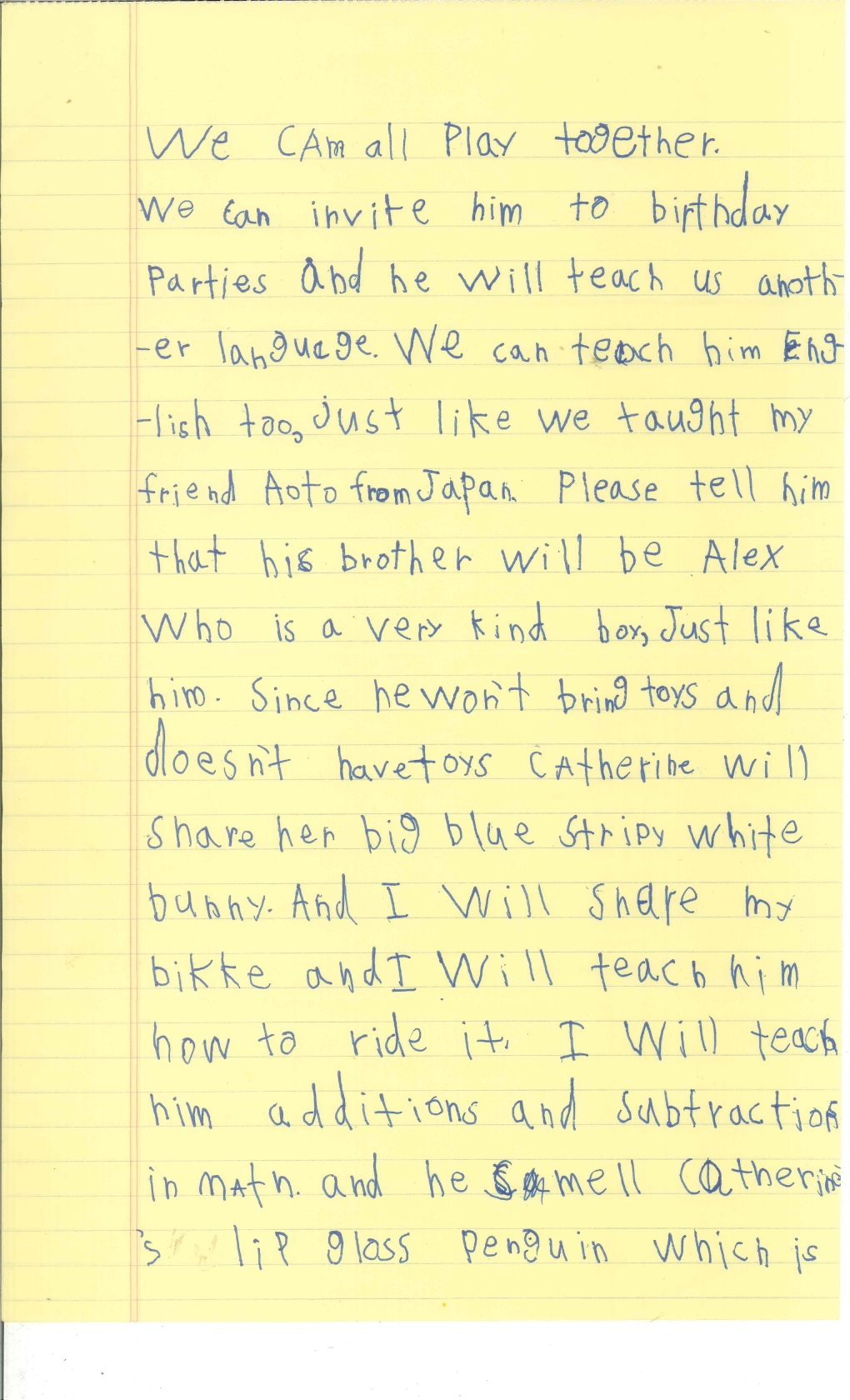 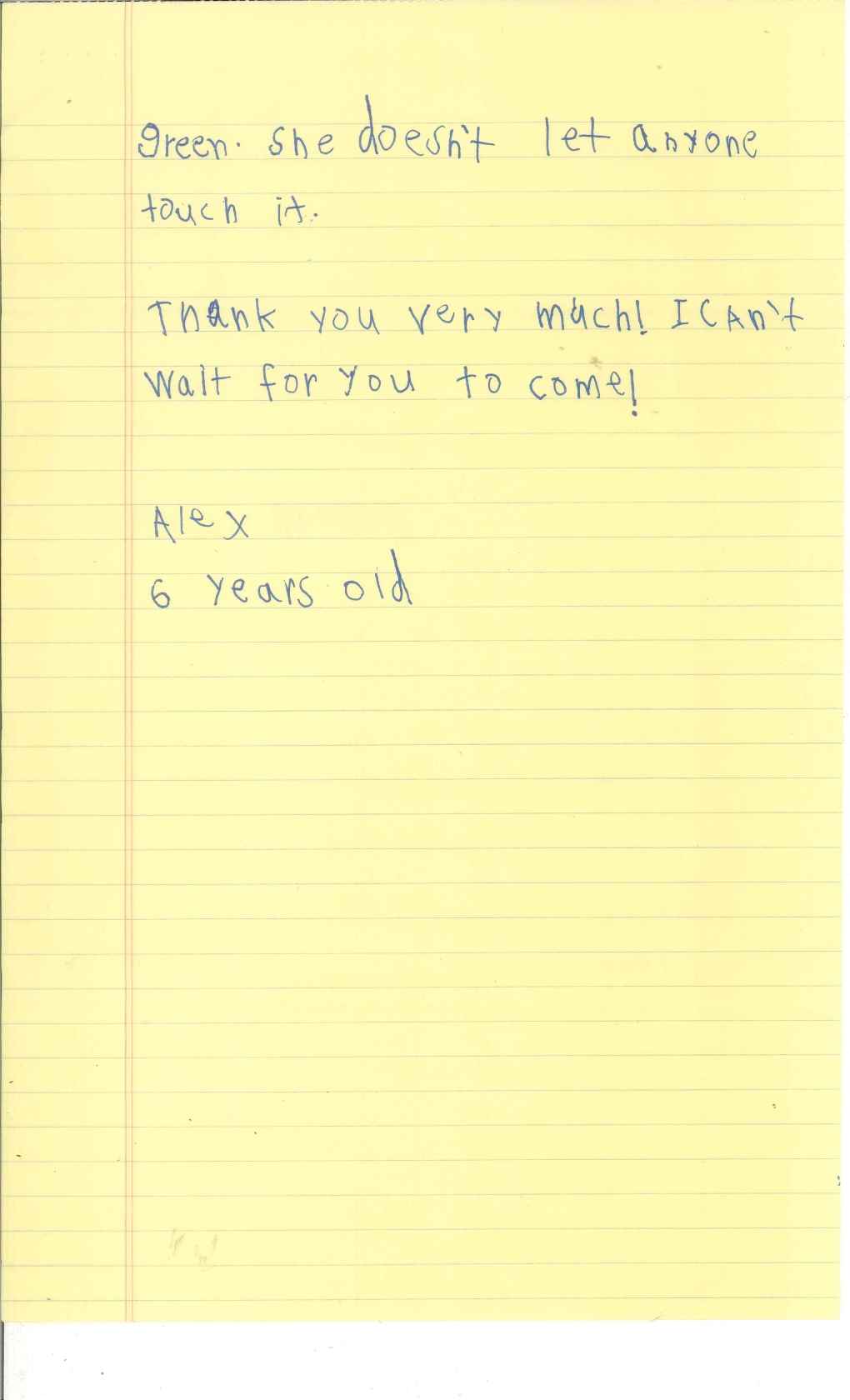 Remember the boy who was picked up by the ambulance in Syria? Can you please go get him and bring him to [my home]? Park in the driveway or on the street and we will be waiting for you guys with flags, flowers, and balloons. We will give him a family and he will be our brother. Catherine, my little sister, will be collecting butterflies and fireflies for him. In my school, I have a friend from Syria, Omar, and I will introduce him to Omar. We can all play together. We can invite him to birthday parties and he will teach us another language. We can teach him English too, just like my friend Aoto from Japan.

Please tell him that his brother will be Alex who is a very kind boy, just like him. Since he won't bring toys and doesn't have toys Catherine will share her big blue stripy white bunny. And I will share my bike and I will teach him how to ride it. I will teach him additions and subtractions in math. And he [can] smell Catherine's lip gloss penguin which is green. She doesn't let anyone touch it.

Thank you very much! I can't wait for you to come!