September 23, 2016 at 3:23 PM ET by Valerie Jarrett
Twitter Facebook Email
Summary:
Ahead of the opening of the National Museum of African American History and Culture, we're celebrating the legacy of African Americans in the White House.

Watch President Obama speak at a White House reception for the opening of the National Museum of African American History & Culture.

Tomorrow, President Obama will welcome our newest addition to the National Mall: the National Museum of African-American History and Culture, a museum dedicated to telling a fuller story of America through the history of African Americans.

Ahead of the dedication ceremony, President Obama will deliver remarks at a White House reception for the museum’s opening. Here’s a look at some of what guests who are attending the reception will see as they walk through the residence and experience the African American history of the White House.

The Slaves and Servants Who Built and Served the White House

The White House was built by slaves. Some of the slaves’ names were Peter, Tom, Ben, and Harry, some were skilled carpenters, and two of them were enslaved to the chief architect of the White House, James Hoban.

The Diplomatic Reception Room was known as the “Servant’s Hall,” where African American slaves and servants lived. One of the most well-known slaves who worked under President James Madison was Paul Jennings, who wrote an early White House memoir and was involved in an 1848 plan to undertake a large-scale escape of slaves from Washington, D.C. aboard the schooner Pearl.

For years, the White House has recognized filmmakers and actors who have influenced American history by showcasing notable films in the Family Theater, hosting screenings at the White House, honoring recipients of the Presidential Medals of Freedom and Arts, and organizing other events featuring aspiring youth talent. President Obama has continued that tradition by honoring creative works that have brought about conversations on race and inclusion in America. From screening of Red Tails for retired Tuskegee Airmen, to honoring Sidney Poitier, to hosting panel discussions on shows that address slavery such as Roots and Underground, the White House has highlighted the importance of recognizing America’s past, no matter how dark, and how it has helped to shape our future. 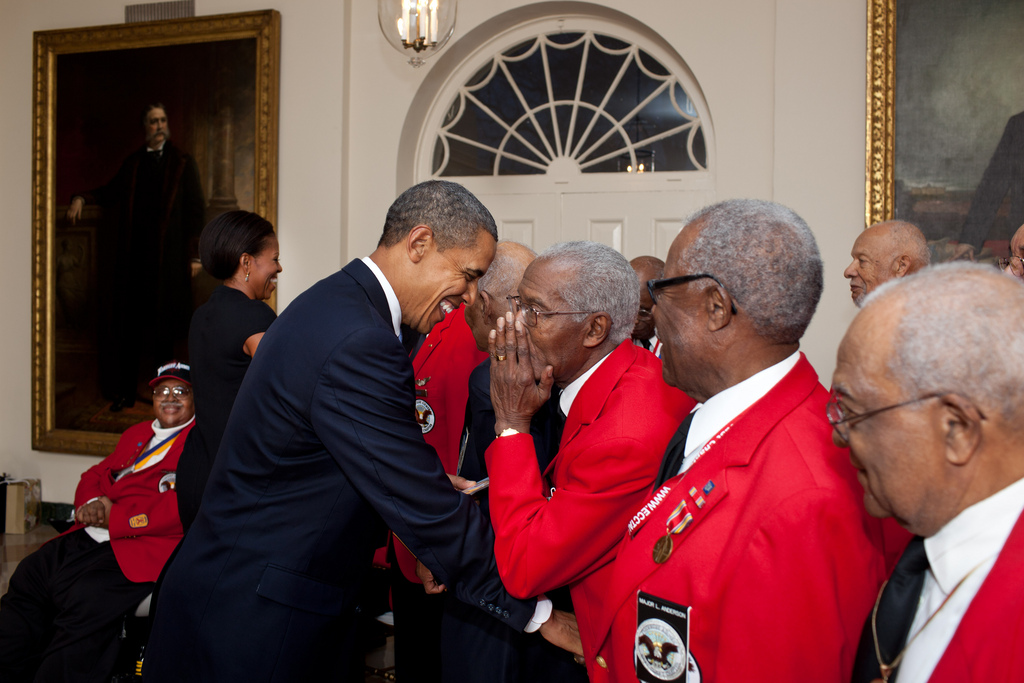 Throughout history, the White House has hosted performances from African American artists who, through music, have expressed the full range of the American experience.

Before there was Stevie Wonder and Ray Charles, Thomas Greene Bethune, also known as “Blind Tom,” was a musical prodigy and the first African American artist to have performed at the White House at the young age of 10 for President James Buchanan. Born a slave in 1849, Tom was known to have played the piano like Beethoven and Mozart and could repeat long sheet music after only hearing it once.

The Fisk Jubilee Singers -- a choir from the Fisk School in Nashville, Tennessee that first opened its doors during the Civil War for former slaves -- became the first African American choir to perform at the White House in 1882. One of their songs, “Safe in the Arms of Jesus,” was said to have moved President Chester A. Arthur to tears. The group was awarded the 2008 National Medal of Arts during the Administration of President George W. Bush.

African Americans have been an integral part of protecting our safety and that of the President of the United States. Although many who served were not recognized at the time and faced hurdles because of the color of their skin, that didn’t stop them from honorably fulfilling their duties for this nation. From the veterans who risked their lives for comrades, to the first African American members of the Armed Forces who stood alone amongst a regiment of all white soldiers, to the slaves who fought for the promise of equality, to the Secret Service members whose sacrifice often went unrecognized, these heroes believed in a brighter future even when the odds were stacked against them.

An invitation to the White House has held both symbolic power and a platform to voice the American experience.

The quiet sacrifices White House staff members have made in service of our country often reached beyond the long hours and high demands of their jobs. In face of the challenges they faced, their perseverance to show up every day to work and see their contribution as part of a vision larger than themselves paved the way for change.