How does data turn into useful information?

The White House Initiative on Asian American and Pacific Islanders, housed in the Department of Education, and AAPIData.com answered this question at the ELEVATE: AAPI Data Challenge and Convening held on October 7. 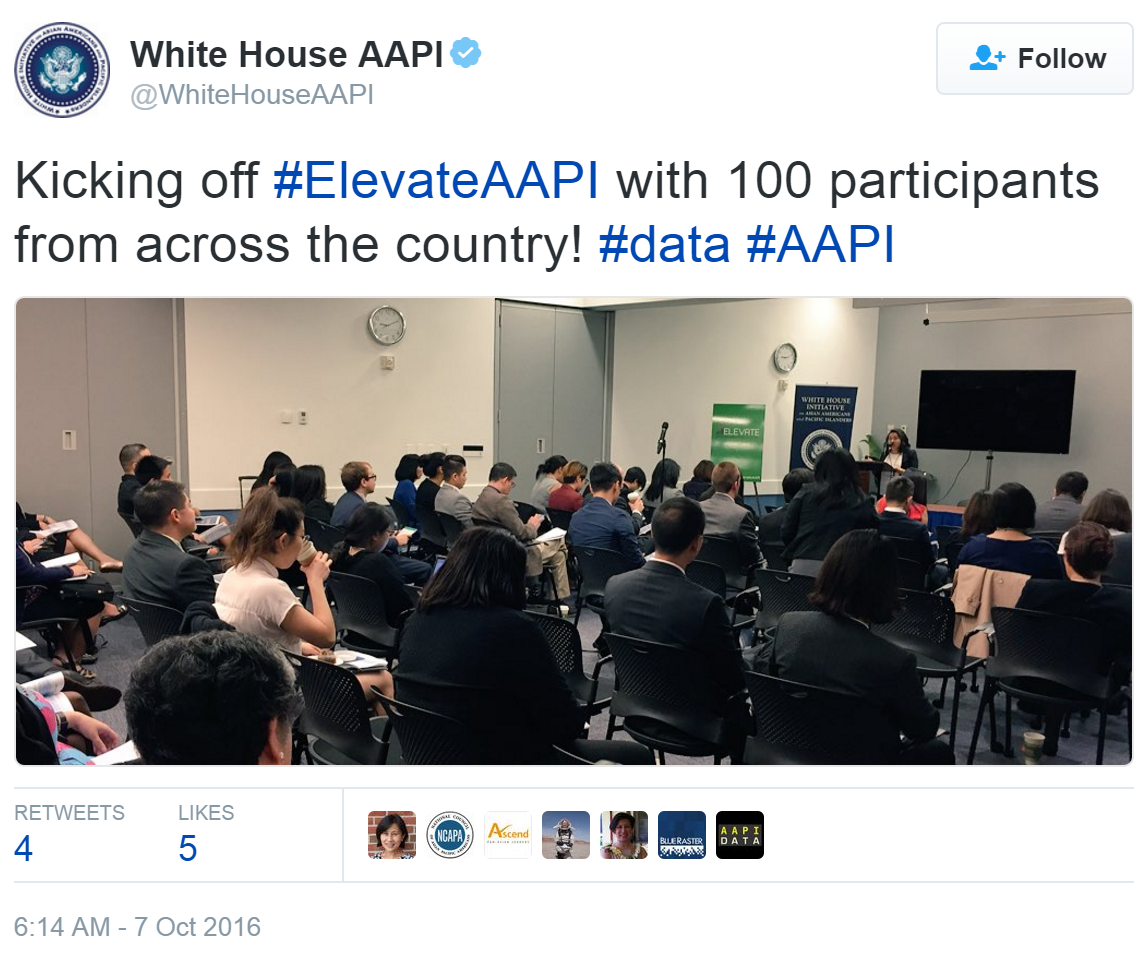 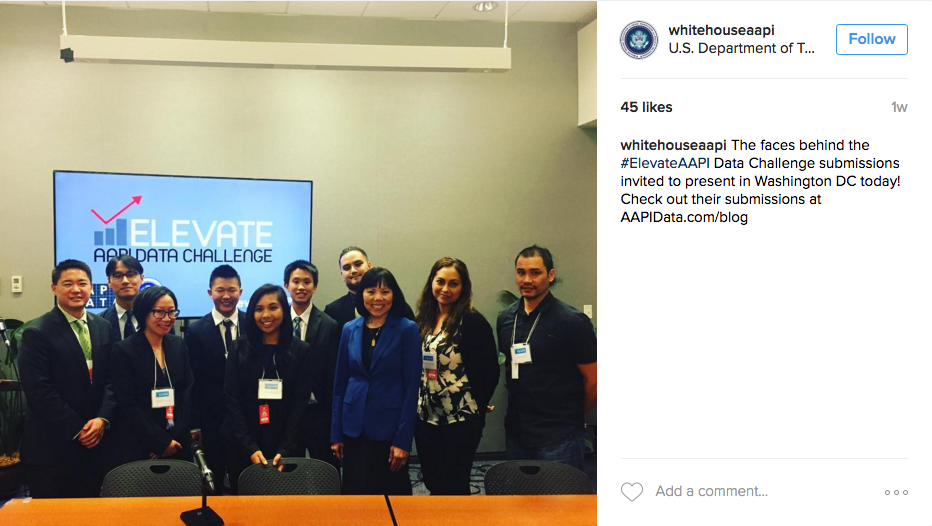 At the ELEVATE convening, the Initiative’s Executive Director Doua Thor stressed that efforts on data disaggregation and analysis are ongoing and highlighted the recent Federal Register Notice advising the public of the launch of the Office of Management and Budget’s periodic review standards for maintaining, collecting, and presenting Federal data on race and ethnicity. Dr. Karthick Ramakrishnan, Associate Dean of University of California, Riverside and Founder of AAPIData.com, emphasized the importance of data research and collection as well as its significance in impacting change for AAPIs. 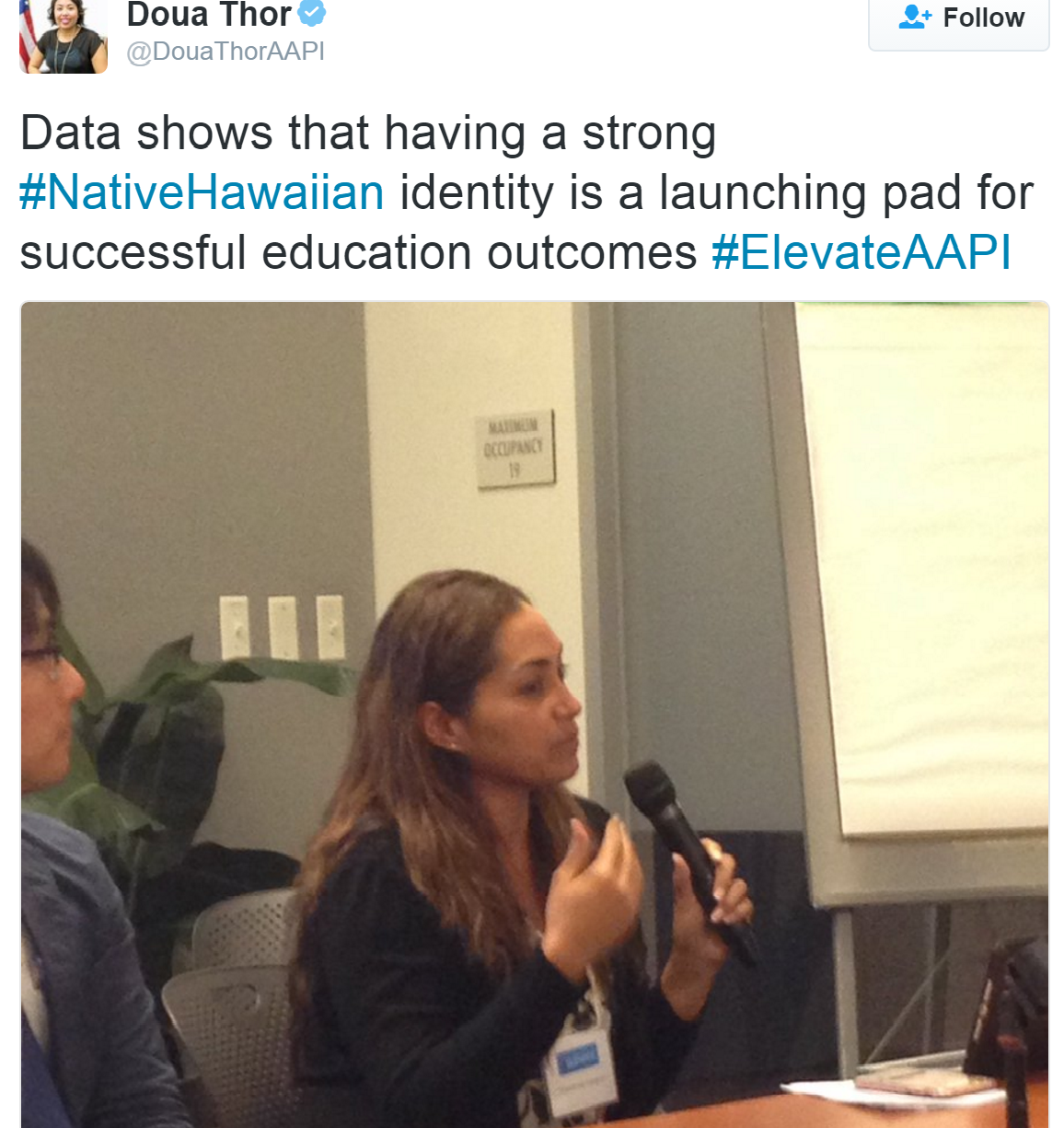 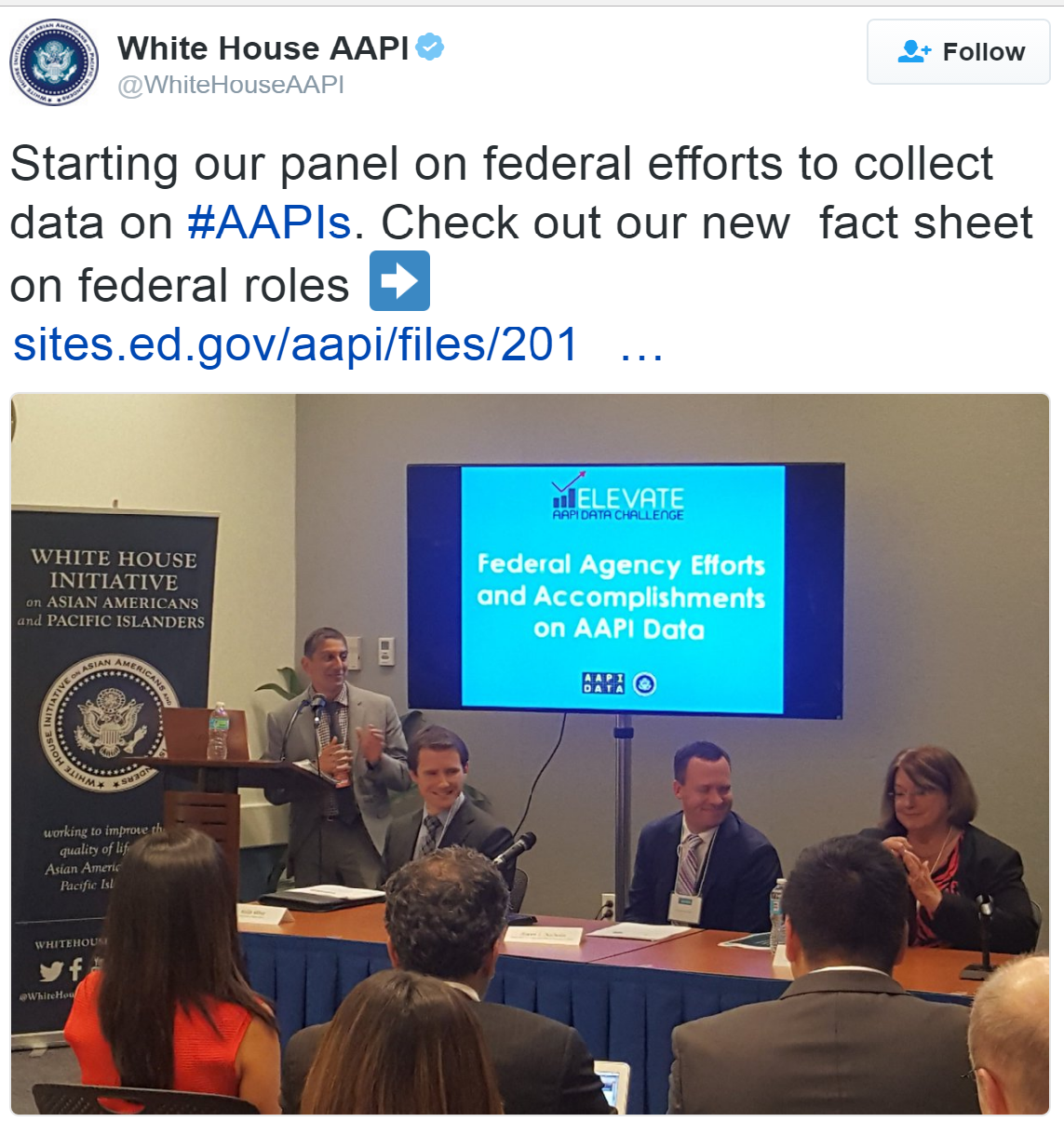 As part of ELEVATE, we highlighted federal accomplishments in improving our understanding of the challenges faced by AAPIs through data. Recent commitments made and strengthened include the Department of Labor’s release of The Economic Status of Asian Americans and Pacific Islanders report, the National Forum on Education Statistics’ Forum Guide to Collecting and Using Disaggregated Data on Racial/Ethnic Subgroups, and the Department of Housing and Urban Development’s release of initial results from the collection of Asian subgroup data in its 2015 American Housing Survey.  ELEVATE also unveiled state-by-state infographics on Limited English Proficient (LEP) AAPIs in the United States. 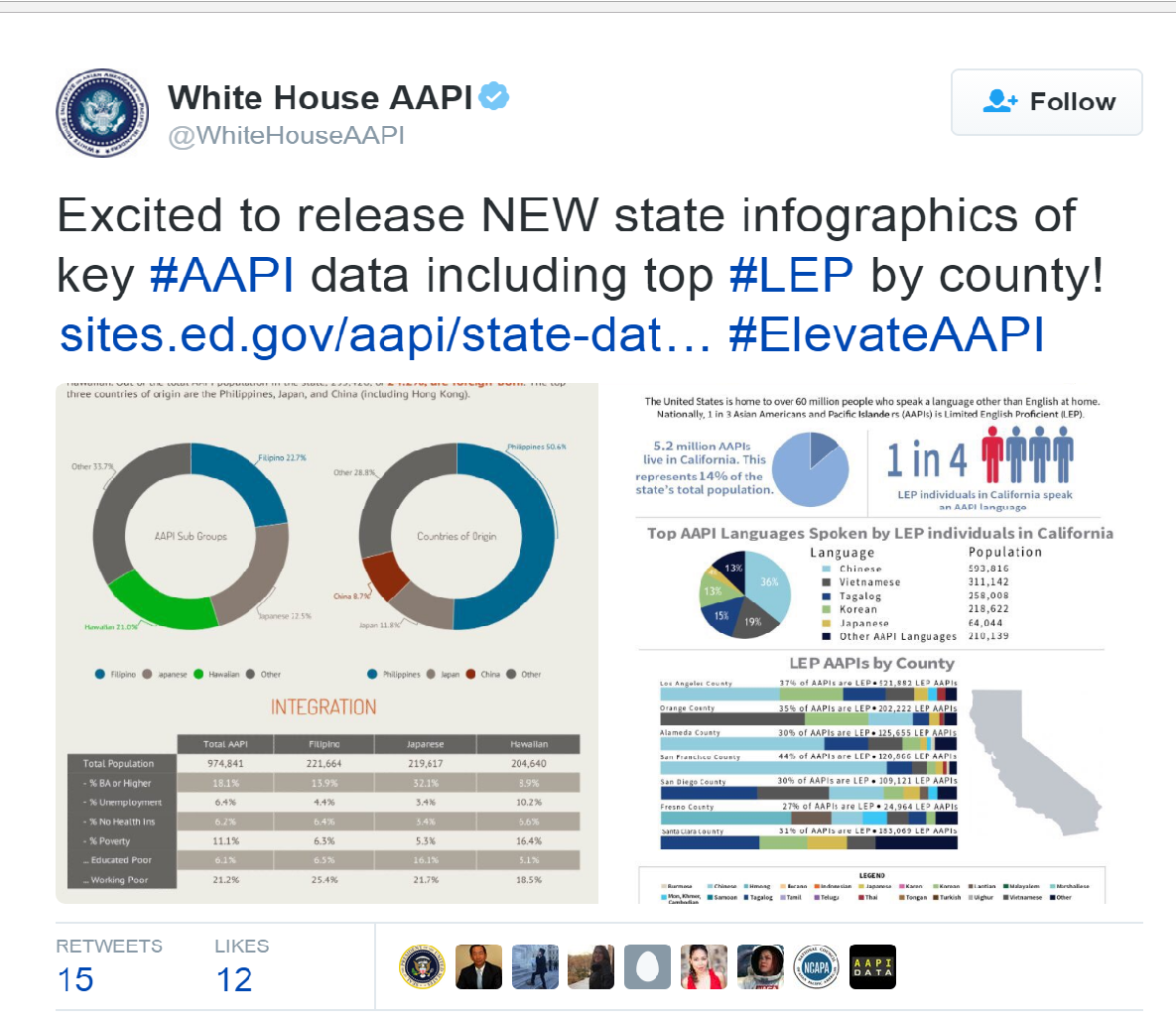 Since 2009, the Initiative has aimed to encourage data collection, dissemination, and disaggregation among federal agencies, state and local partners, researchers, and policy advocates, promoting effective practices to generate more granular data on AAPI communities.  Greater access to disaggregated data will support better policies that reflect AAPI community realities and needs. Across the federal government, agencies have developed plans to improve data collection, analysis, and dissemination to help improve the quality of life for all Americans, including AAPIs.