The Reinvigoration of the Clemency Authority

January 19, 2017 at 2:25 PM ET by Neil Eggleston
Twitter Facebook Email
Summary:
With today’s action, the President has granted more commutations than any president in this nation’s history. 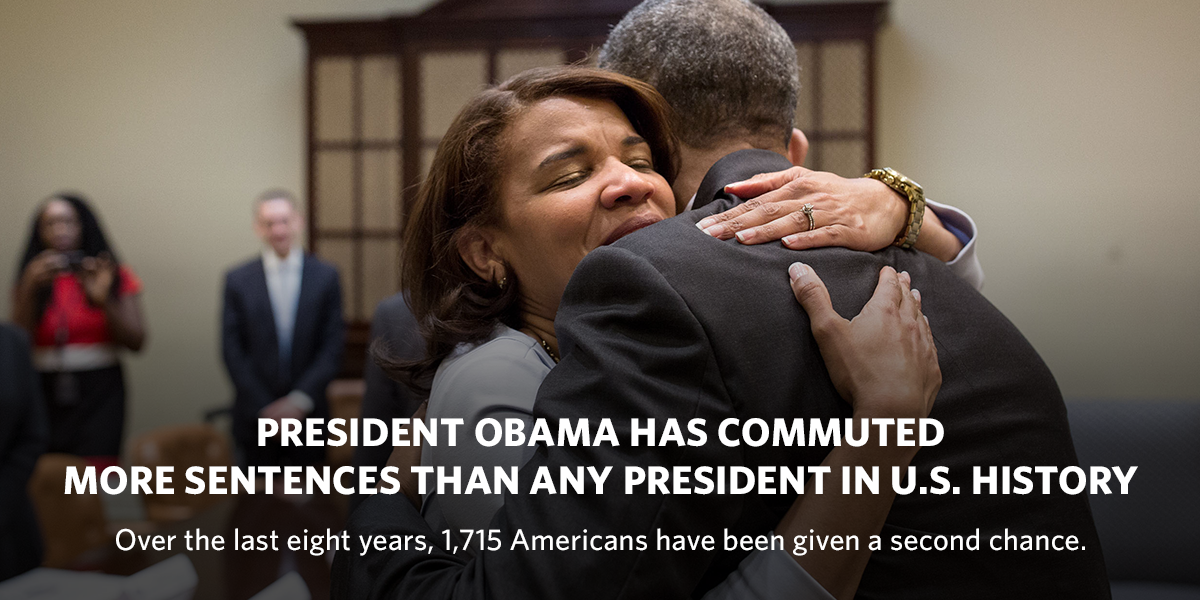 In 2014, the President directed officials at the Department of Justice to undertake an ambitious effort: encourage federal inmates serving sentences imposed under outdated laws to apply for clemency. With assistance from the Clemency Project 2014 and volunteer attorneys throughout the country, federal inmates applied for clemency in staggering numbers. The Deputy Attorney General and the Pardon Attorney – and their respective offices – worked vigorously to review these applications. Less than three years later, the President has now granted commutation to more than 1,700 individuals, the overwhelming majority of whom were serving sentences under outdated and overly harsh drug sentencing laws. Many of these individuals were assisted by Clemency Project 2014, and many will be assisted by the Stanford Justice Advocacy Project in their reentry efforts. The President’s vision could not have been realized without this support.

Neil Eggleston is Counsel to the President.