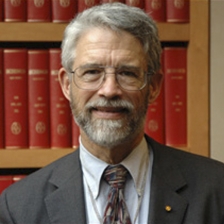 Prior to joining the Obama administration Dr. Holdren was Teresa and John Heinz Professor of Environmental Policy and Director of the Program on Science, Technology, and Public Policy at Harvard University's Kennedy School of Government, as well as professor in Harvard's Department of Earth and Planetary Sciences and Director of the independent, nonprofit Woods Hole Research Center. From 1973 to 1996 he was on the faculty of the University of California, Berkeley, where he co-founded and co-led the interdisciplinary graduate-degree program in energy and resources.

Dr. Holdren holds advanced degrees in aerospace engineering and theoretical plasma physics from MIT and Stanford and is highly regarded for his work on energy technology and policy, global climate change, and nuclear arms control and nonproliferation. He is a member of the National Academy of Sciences, the National Academy of Engineering, and the American Academy of Arts and Sciences, as well as a foreign member of the Royal Society of London and former president of the American Association for the Advancement of Science. His awards include a MacArthur Foundation Prize Fellowship, the John Heinz Prize in Public Policy, the Tyler Prize for Environmental Achievement, and the Volvo Environment Prize. He served from 1991 until 2005 as a member of the MacArthur Foundation's board of trustees.

During the Clinton administration Dr. Holdren served as a member of PCAST through both terms and in that capacity chaired studies requested by President Clinton on preventing theft of nuclear materials, disposition of surplus weapon plutonium, the prospects of fusion energy, U.S. energy R&D strategy, and international cooperation on energy-technology innovation. In December 1995 he gave the acceptance lecture for the Nobel Peace Prize on behalf of the Pugwash Conferences on Science and World Affairs, an international organization of scientists and public figures in which he held leadership positions from 1982 to 1997.

Science In Its Rightful Place

A thank you for President Obama and the team—and partners across society—that helped him “put science in its rightful place”.
January 12, 2017 at 9:00 AM ET

The second installment of the Quadrennial Energy Review explores the transformations in the Nation’s electricity system that will be needed through 2040.
January 9, 2017 at 3:30 PM ET

A Working Group under the President’s Council of Advisors on Science and Technology has begun work to sustain U.S. leadership in the global semiconductor industry.
October 31, 2016 at 3:00 PM ET 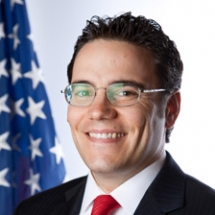 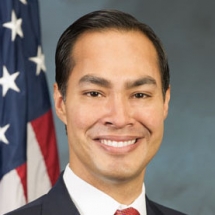 Secretary of the U.S. Department of Housing and Urban Development
SecretaryCastro
View All Profiles