Fact Sheet: An Update on Bringing Jobs Back to the United States

On January 11, 2012, President Obama hosted the White House Insourcing Forum, where he called on companies to invest in America and heard from companies already bringing jobs back and making additional investments in America.  Those companies at the Forum – large and small, foreign and domestic, manufacturers and services firms – all chose to invest and create new jobs here, citing that rising cost abroad combined with the continued productivity improvements by American workers, our world-leading universities, and a strong business environment make the U.S. an increasingly attractive location for investment and jobs.

In conjunction with the Forum, the White House released a report highlighting the emerging trend of insourcing.  Since the Forum, the evidence continues to mount, demonstrating that the economic trends are taking hold and more companies are choosing to bring their operations to America.

Today, the President is traveling to the College of Nanoscale Science and Engineering (CNSE) of the University at Albany - State University of New York, a research, education, and manufacturing resource center dedicated to preparing the next generation of scientists and researchers in nanotechnology, to highlight insourcing and the connection between education, innovation, and manufacturing in supporting investment and bringing jobs back. 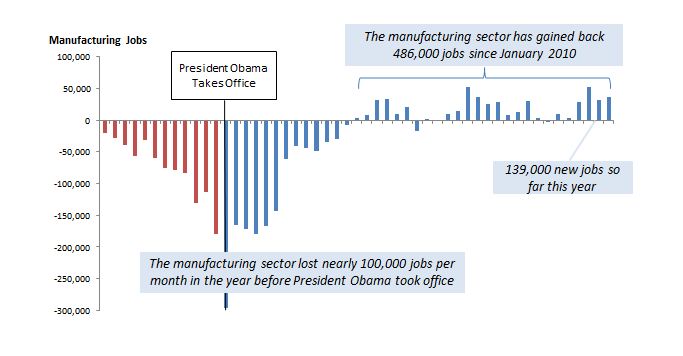 Unlike the previous decade, our economic growth is being supported by manufacturing production, exports, and business investment 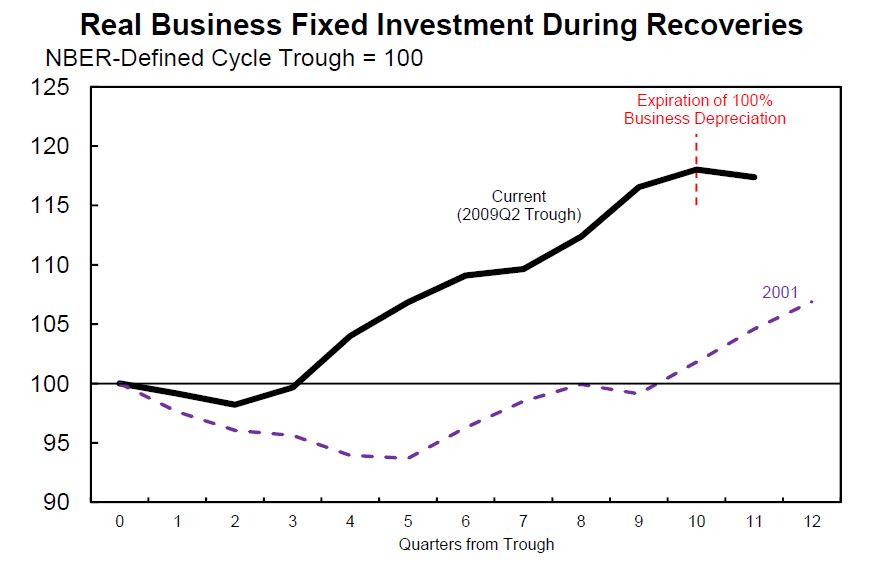 Outside analysts agree that the U.S. is an increasingly attractive location to invest, and companies are planning to insource more jobs and investment to the United States.

In the Investing in America Report released at the White House Insourcing Forum, it was highlighted that outside analysts from the Boston Consulting Group, Accenture, and Booz & Company had examined the relative attractiveness of the U.S. as a location for manufacturing and found that America was increasingly an attractive option for companies.  Analysts noted that the “total cost of doing business” – after taking into account the productivity of U.S. workers as well as transportation, supply chain risks, and other costs – is now making production in a range of industries as economical in the United States as in other parts of the world, including China.  New reports from The Boston Consulting Group and Bank of America support these claims:

While Insourcing is happening across different industries – from manufacturers making jet engine components and furniture to services firms providing IT and customer call center solutions – the President has, in particular, highlighted the importance of a competitive U.S. manufacturing sector to the vision of a U.S. economy that was innovate, competitive, and the source of good jobs for American workers.

While we must lay a foundation for private sector job growth across the board, we also recognize that manufacturing “punches above its weight.” 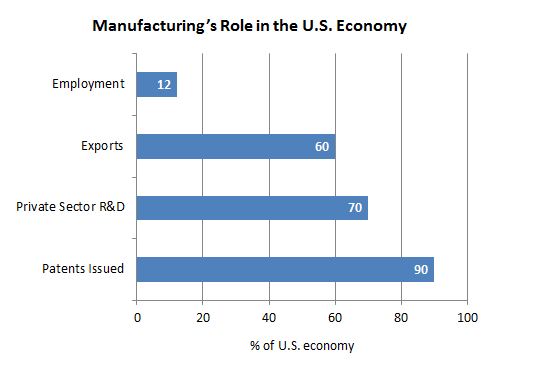 The President’s visit to the College of Nanoscale Science and Engineering at SUNY-Albany demonstrates the important role that partnerships between universities and companies can play in accelerating education, innovation and U.S. manufacturing investment.

The College of Nanoscale Science and Engineering (CNSE) at SUNY-Albany is a global education, research, development and technology deployment resource dedicated to preparing the next generation of scientists and researchers in nanotechnology.  In September 2011, New York State announced a $4.4 billion investment by Intel, IBM, GLOBALFOUNDRIES, TSMC, and Samsung to develop the next generation of computer chip technology in partnership with the State and research institutions led by CNSE.  This type of partnership is spurring investment in the surrounding area, creating additional opportunities for American workers, and encouraging more firms to bring manufacturing production to the United States.

The President believes that the United States need to support these critical shared manufacturing facilities and has proposed in the FY13 Budget a $1 billion investment to catalyze a National Network for Manufacturing Innovation consisting of up to fifteen institutes, each serving as a hub that will help to make U.S. manufacturing facilities and enterprises more competitive and encourage investment in the United States.  Like CNSE, the Institutes will bring together large companies, small and medium enterprises, research organizations and universities, federal agencies, and states to accelerate innovation through investment in key manufacturing technologies with broad applications.  In March 2012, the President announced that to jumpstart this effort, the Administration will invest $45 million in existing resources to launch a single pilot institute through a competitive award to be announced later this year.