A Path to Safe Haven

Supporting Refugees in the United States and Abroad

How you can help

The Leaders' Summit on Refugees

As reported by the UN High Commissioner for Refugees, the world is facing the largest displacement crisis on record. Sixty-five million people have been forced to flee their homes by violence, persecution, and instability. Many countries have given them sanctuary and assistance, so that families have shelter, medical care, and basic services, and children can go back to school and parents can go back to work. But the need remains great. And helping refugees isn’t just up to governments—every American can play a role, too.

Read a letter from one six-year-old boy who wanted to do his part to help a refugee in need.

At the UN in New York City, President Obama is hosting the Leaders' Summit on Refugees. The Summit brought together the leaders of member states that are stepping up to make new, significant commitments to:

How You Can Answer President Obama's Call to Aid Refugees

Responding to the Refugee Crisis

The United States has a long history of welcoming people fleeing persecution and violence. Over the past 40 years, we have safely welcomed more than 3.2 million refugees representing more than 70 nationalities, helping them build new lives in all 50 states. Refugees enrich their new communities economically and culturally; many go on to be small business owners and serve in the U.S. military. Two of our country’s previous Secretaries of State were refugees.

President Obama announced that the United States will welcome more refugees from around the world, increasing the number of people we receive by 40 percent over the next two years, to 100,000 in 2017.

Refugees are the most thoroughly screened travelers to our country. This includes security checks, examination of all available biographic and biometric data, consultation of a broad array of law enforcement and intelligence community databases, and extensive interviews before they are cleared to travel to the United States.

Learn about the screening process

As we welcome some refugees to our country, we also help the millions of others living elsewhere. Our country is the world’s largest single humanitarian donor. Each year we support programs across the globe that provide vulnerable families and children life-saving assistance, from food and water to medicine and shelter.

But addressing the current crisis isn’t just about what a government can do. It’s about what every single one of us can do to make sure that those who are displaced can find safe haven and a new start.

How you can get involved

When refugees first arrive in the United States, after undergoing rigorous screening, they face the difficult task of starting a new life in a new country.

Fortunately, they are not on their own: They receive support through local organizations that help by arranging for housing, food, and clothing; providing cultural orientation; and assisting with access to other social, medical, and employment services.

These organizations rely heavily on volunteers, and you can find ways to volunteer in your community by using the map below. 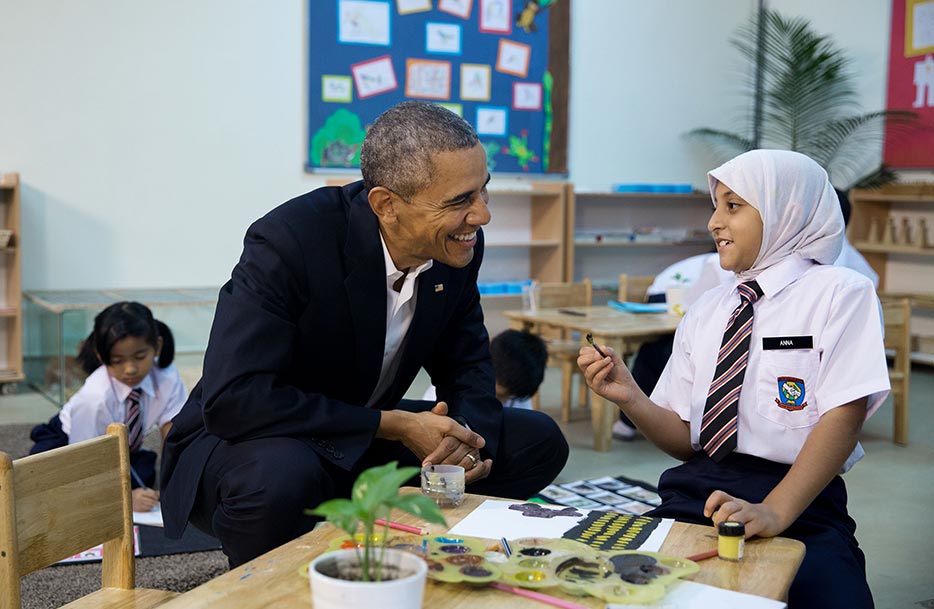 You can get involved on your campus

VIDEO: Impossible to Walk Away

See other ways people are acting on the refugee crisis

Enter your zip code to learn about opportunities with organizations near you.

Or view the map fullscreen here.

Since 2011 ~12 million people have been displaced by conflict. As Americans, we don’t have to sit by. http://aidrefugees.gov #AidRefugees

What the Private Sector Can Do

See The Private Sector Organizations That Are Stepping Up

For years, the U.S. private sector has helped refugees all over the world rebuild their lives and contribute to their new communities. Drawing on its unique expertise, resources and entrepreneurial spirit, our private sector has created new ways for students to continue learning, adults to gain skills to reenter the workforce, and families to remain connected with their loved ones. In June 2016, President Obama issued a Call to Action for the U.S. private sector to make new, measurable and significant commitments that will have a long-term, sustainable impact for refugees, wherever they reside, including here in the United States. To support the Call, the Administration launched the Partnership for Refugees, which provides guidance to private sector organizations that want to take action and works to ensure that their pledges are sustainable and responsive to refugees’ needs.

To date, 51 companies from across the American economy have made new, measurable, and significant commitments to aid refugees in the United States and around the world in answer to the President’s call. These companies, representing more than 2.5 million employees, more than $775 billion in annual revenue, and more than $3.2 trillion in market capitalization, have committed to investing, donating, or raising more than $650 million that will provide:

The Call to Action is principally focused on generating new commitments in three areas:

Millions of people have fled their countries because of persecution, violence, or instability. Each one has a story. They have hopes for their futures. They have something to contribute. Hear some of the stories of former refugees now living in the United States, and share them to help show that refugees are welcome.