Power for India, Jobs for the U.S.

November 14, 2009 at 8:15 AM ET by Secretary Steven Chu
Twitter Facebook Email
Summary:
Secretary of Energy Steven Chu talks about his visit to India.

Ed. note: You can always keep up with Secretary Chu through his Facebook page.

Before joining President Obama in China on Monday, I am visiting India, another crucial partner for the United States as we meet the challenge of climate change and help speed the transition to a clean energy economy.

India has three times as many citizens as the United States but consumes just 15 percent as much electricity. But in the coming decades, India is likely to become the third largest energy consumer in the world, following China and the United States. In a "business as usual" future, India's demand of coal will be 60% higher than projected its domestic production. The demand for oil could be 10 times the domestic supply. 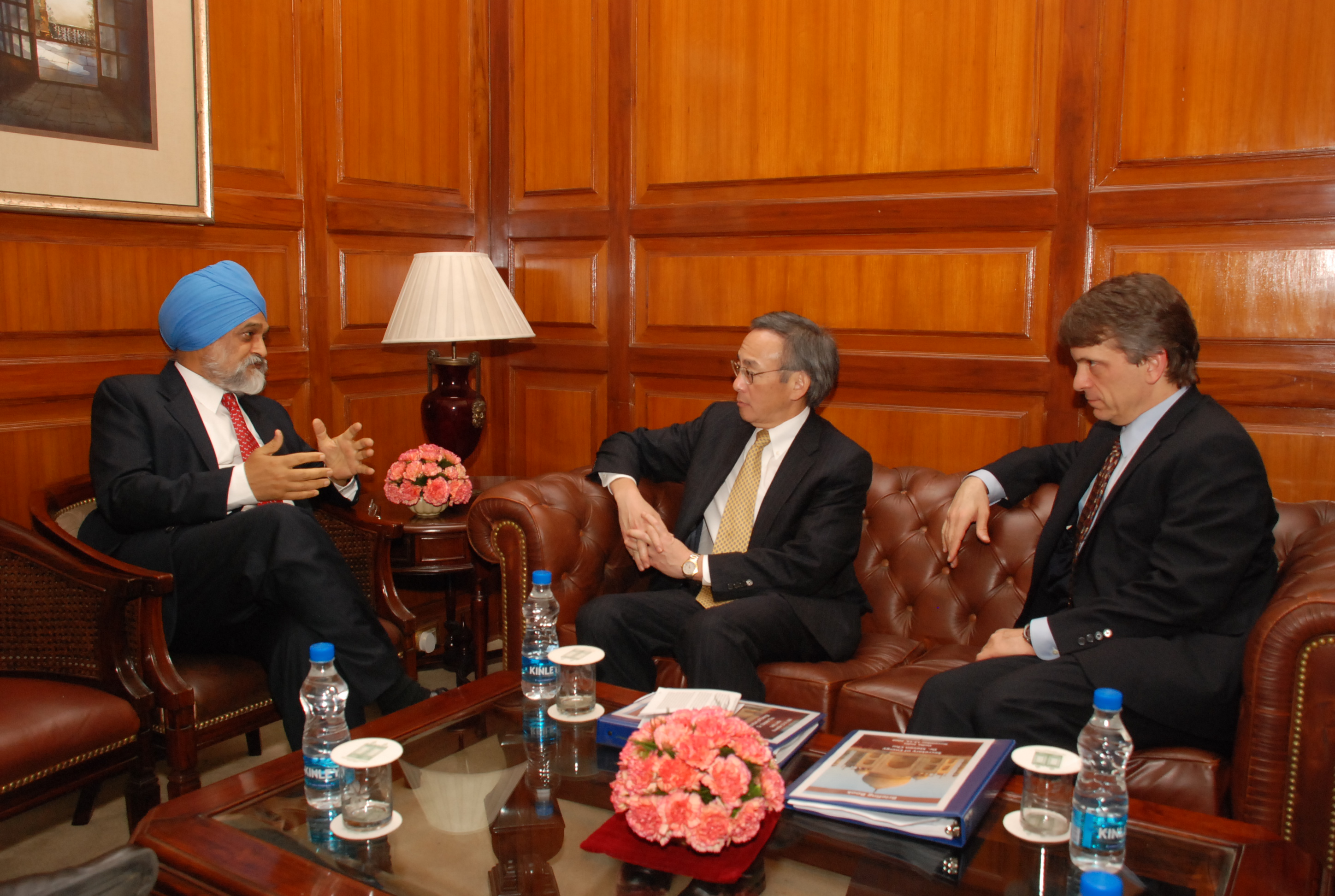 During his trip to India, Secretary Chu meets with Deputy Chairman of the Planning Commission Dr. Montek Singh Ahluwalia to discuss opportunities for cooperation between India and the United States on energy and climate issues. November 13, 2009. (Courtesy US Embassy, Dehli, India) November 13, 2009.

The number of vehicles in India will rise from 100 million today to 380 million by 2030, and the number of buildings – measured in square meters of floor space – will be five times what it is today.

These statistics make it all the more important that we invest in technologies like more energy efficient buildings, electric and hybrid cars, and renewable energy like wind and solar. Quite simply, we have a shared interest in ensuring that India's growth is clean and sustainable. There are tremendous opportunities for partnerships in clean energy that we've only just begun to explore.

For example, India could emerge as a major export destination for solar panels and wind turbine components manufactured in the United States. 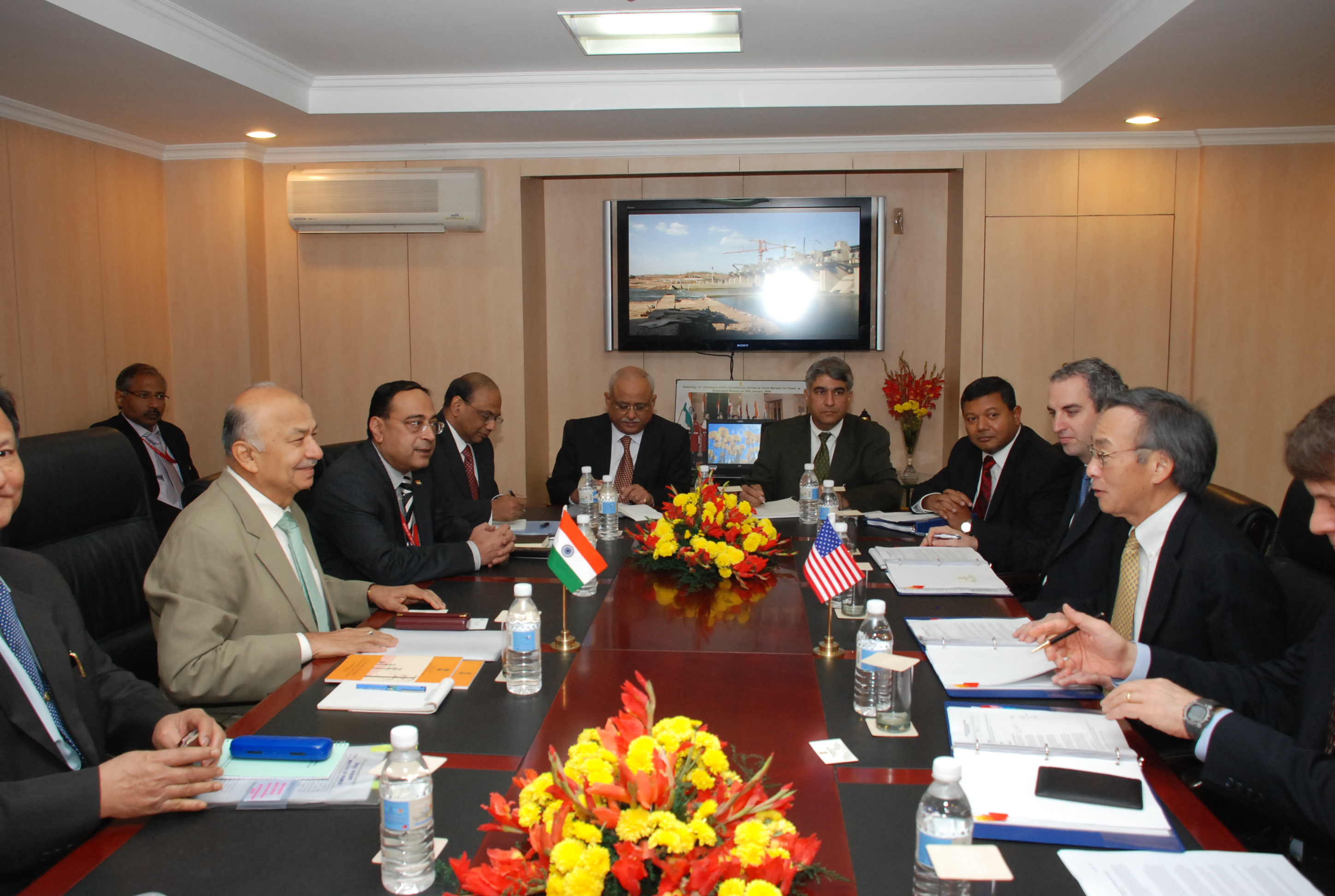 Roughly 40 percent of India’s citizens currently go without electricity. Small wind farms and solar panels could be an ideal solution, particularly for remote and rural areas that can’t connect to the power grid. These intermittent energy sources could yield a steady, reliable flow of electricity with the help of advanced batteries currently being developed in the United States with the support of the Department of Energy. This would open up new economic opportunities in both our countries.

These are just a couple examples of how moving to a clean energy economy makes good business sense. We need a new industrial revolution in the United States and around the world. America can and should lead the way.