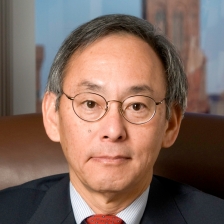 Dr. Chu is a distinguished scientist and co-winner of the Nobel Prize for Physics (1997). He has devoted his recent scientific career to the search for new solutions to our energy challenges and stopping global climate change - a mission he continues with even greater urgency as Secretary of Energy.

Prior to his appointment, Dr. Chu was the Director of the Department of Energy's Lawrence Berkeley National Lab, where he led the lab in pursuit of alternative and renewable energy technologies. He also taught at the University of California as a Professor of Physics and Professor of Molecular and Cell Biology. Previously, he held positions at Stanford University and AT&T Bell Laboratories.

Dr. Chu's research in atomic physics, quantum electronics, polymer and biophysics includes tests of fundamental theories in physics, the development of methods to laser cool and trap atoms, atom interferometry, the development of the first atomic fountain, and the manipulation and study of polymers and biological systems at the single molecule level. While at Stanford, he helped start Bio-X, a multi-disciplinary initiative that brings together the physical and biological sciences with engineering and medicine.

The holder of 10 patents, Dr. Chu has published nearly 250 scientific and technical papers. He remains active with his research group and has recently published work on general relativity and single molecule biology and biophysics that includes sub-nanometer molecular imaging with optical microscopy, cadherin adhesion, neural vesicle fusion, and nerve growth factor transport. About 30 alumni of his research group have gone on to become professors in their own right and have been recognized by dozens of prizes and awards.

Dr. Chu was born in Saint Louis, Missouri in 1948. He is married to Dr. Jean Chu, who holds a D.Phil. in Physics from Oxford and has served as chief of staff to two Stanford University presidents as well as Dean of Admissions. Secretary Chu has two grown sons, Geoffrey and Michael, by a previous marriage.

The Startup America Policy Challenge is looking to tap into our greatest resource – the American people – for ideas on how we can accelerate innovation in energy and position the United States to lead in this critical sector.
December 13, 2011 at 7:37 PM ET

What I Heard About Energy Policy through Advise the Advisor

Secretary of Energy Steven Chu responds to your Advise the Advisor comments on how we should meet President Obama's goal of reducing our imports of oil by one third in a little over a decade.
April 22, 2011 at 12:58 PM ET

Researchers at Oak Ridge National Laboratory have made a major breakthrough in the development of American-made biofuel. Learn more from Energy Secretary Steven Chu.
March 7, 2011 at 4:59 PM ET

The Energy of Entrepreneurs

Energy Secretary Steven Chu encourages entrepreneurs to keep driving the American economy, and to submit feedback on what the government can do to help bring their ideas to market.
February 24, 2011 at 1:59 PM ET 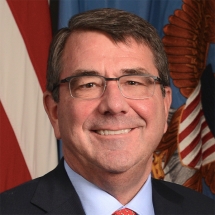 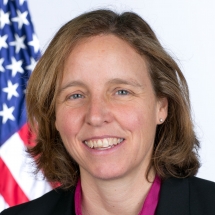 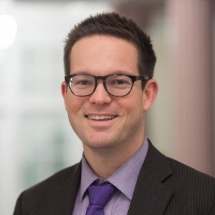 Assistant to the President, Cabinet Secretary, and Chair of the My Brother’s Keeper Task Force
Broderick44
View All Profiles