I was in Brownstown Township, Michigan today to watch as the first battery for the Chevy Volt rolled off the line.  It was another huge step toward building a new advanced battery industry in America.

The auto industry has always been the backbone of American manufacturing, and we continue to need a strong auto industry in America.  Right now, however, 98 percent of the batteries that power America's hybrid cars are made by Japanese companies.  Revitalizing the auto industry will require change and innovation to produce the fuel efficient cars that consumers demand.  That’s why today was so important – not just for one company, but for the entire country. 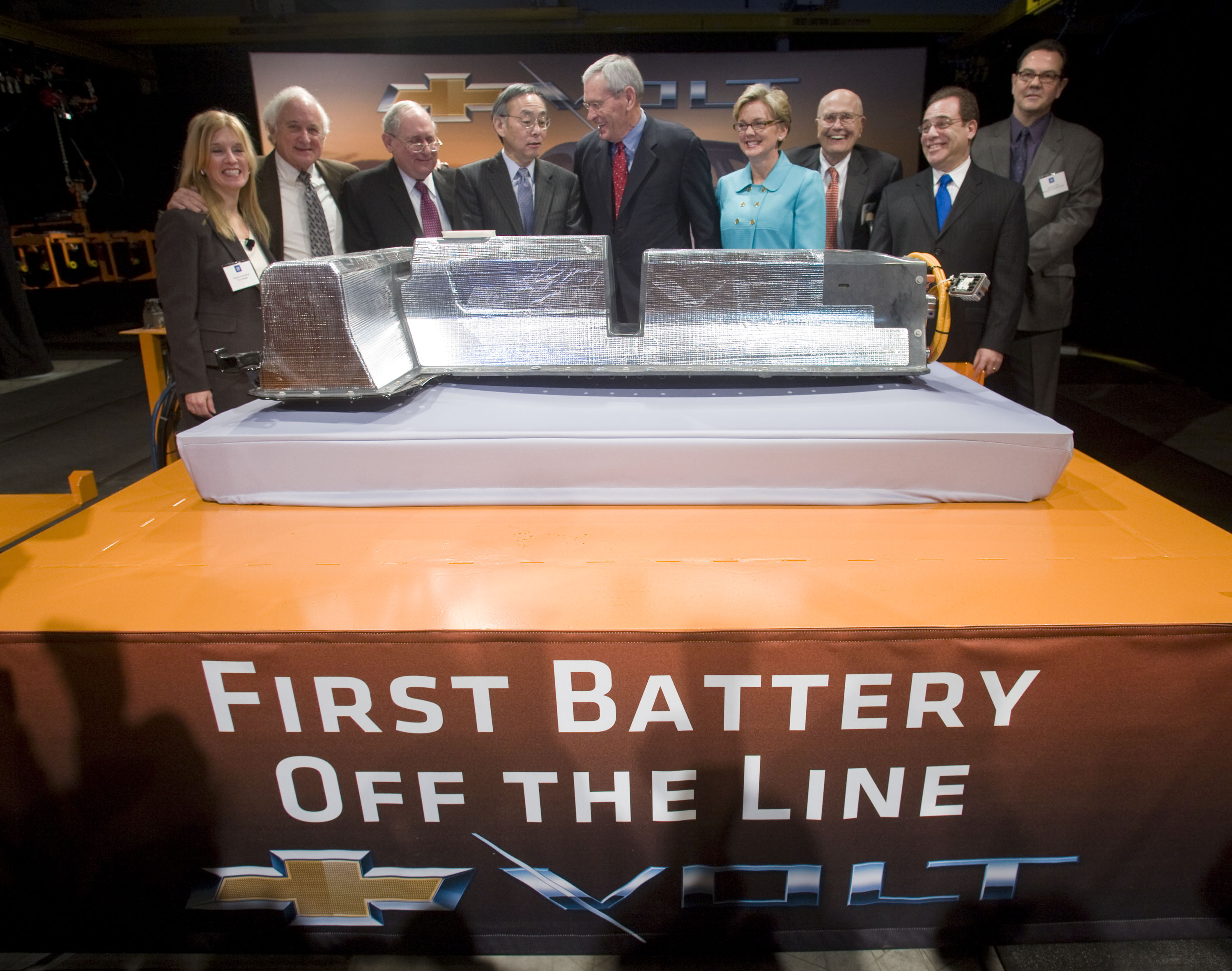 The Department of Energy has been proud to partner with GM in developing this battery.  Overall, the Department of Energy has invested $266 million to help develop the Volt’s battery technology.  That includes nearly $106 million from the Recovery Act that helped fund the battery facility we were in today.  We announced this money just five months ago, and it is already putting people to work.

Nationwide, the Recovery Act invested $2.4 billion in advanced battery and electric vehicle projects.  Over the next six years, this investment will help lead to three new electric vehicle plants – the first ever in the U.S. – and 30 new battery-related manufacturing plants like the one I was at today.

By changing how we power our vehicles, we can reduce our dependence on foreign oil, clean up the air we breathe and cut down on carbon pollution.  Most importantly, we can and will create new jobs and new industries right here in America.