February 17, 2010 at 12:28 PM ET by Jesse Lee
Twitter Facebook Email
Summary:
In order to fully understand the scope of the Recovery Act, there are three levels to consider: the national, the local, and the individual -- get a good look at all three.

In order to fully understand the scope of the Recovery Act, there are three levels to consider: the national, the local, and the individual.

This morning the Vice President – who has overseen the implementation of the Recovery Act as one of his primary responsibilities – marked the one-year anniversary with his first annual report to the President on progress (pdf). A White House release, "Recovery by the Numbers," breaks out some key bullet points – here are just a few:

There's plenty more in there, including breakdowns on infrastructure, technology and innovation, immediate relief, and aid to state and local governments. The Vice President also penned an op-ed in USA Today where he discussed the job creation estimates and the role the Recovery Act played in bringing us back from the brink of outright depression, but also what lies ahead:

And yet, to me, the most exciting thing about the Recovery Act is not what we've done, but what lies ahead. Many Recovery Act programs that will build the groundwork for the economy of the 21st century will be implemented in the next few months. Broadband access for small and rural communities. New factories where electric cars and clean fuel cells will be made. Wind farms, solar panels — and the facilities to construct them. New health technologies and smarter electrical power grids will be creating jobs this year thanks to the Recovery Act. Truly, the best is yet to come.

In remarks this morning, the President touched on another top level guiding principle of the Recovery Act – creating a new foundation for the American economy. From building a clean energy economy and creating a smarter energy grid, to revitalizing America’s infrastructure and transportation, to making our health records electronic and efficient, to rewarding excellence in teaching our children, people were put to work building a better future for America.

Here at WhiteHouse.gov/Recovery, we looked at a more local level, with an interactive map looking at a sample of key projects, and the video below featuring the Mayors of Charleston, SC, Philadelphia, PA, Des Moines, IA, Columbus, OH, and Fresno, CA, all telling the story of how the Recovery Act affected cities and towns across the country:

With job losses, it always feels like missing the point to talk about numbers and figures, when every job lost can mean almost infinite pain and struggle for a given family. And in the same way that the President and Vice President understand the tough times Americans are going through with that lens, that is also the most meaningful way to look at what the Recovery Act has accomplished.  Joining the President this morning, the Vice President took a moment to talk about just one person:

Just yesterday, as I said, in Saginaw, Michigan, I was with a gentleman who has his B.A. -- his name is Gonzalez -- Mr. Gonzalez.  He worked for an automobile company and he got laid off.  His wife and two kids were there at this event.  But because of the Recovery Act and the job training program at a community college in his town, he went back and took a 16-hour course in being able to begin to deal with -- 16-week course -- in being able to deal with chemicals related to how they produced solar panels.  And DOW Corning has a plant nearby.  They added a thousand people over the last year because of some help they got as well, and in their great reach, he's now working.  He's working at a decent salary.  And that community college is going to train this year -- another hundred people are going to go right from that training program directly to a job.

The President closed out his remarks referring critics to two other individuals: Blake Jones, Co-Founder of Namaste Solar in Boulder, and Charles Niederriter of Golden Triangle Construction Co. in Imperial, PA, who joined him and the Vice President today:

But for those skeptics who refuse to believe the Recovery Act has done any good, who continue to insist that the bill didn't work, I'd ask you to take that argument up with Blake and his employees. Take that argument up with Chuck and his construction workers. Take it up with the Americans who are working in those battery plants, or building those new highways, or teaching our children new skills -- all because the Recovery Act made it possible. 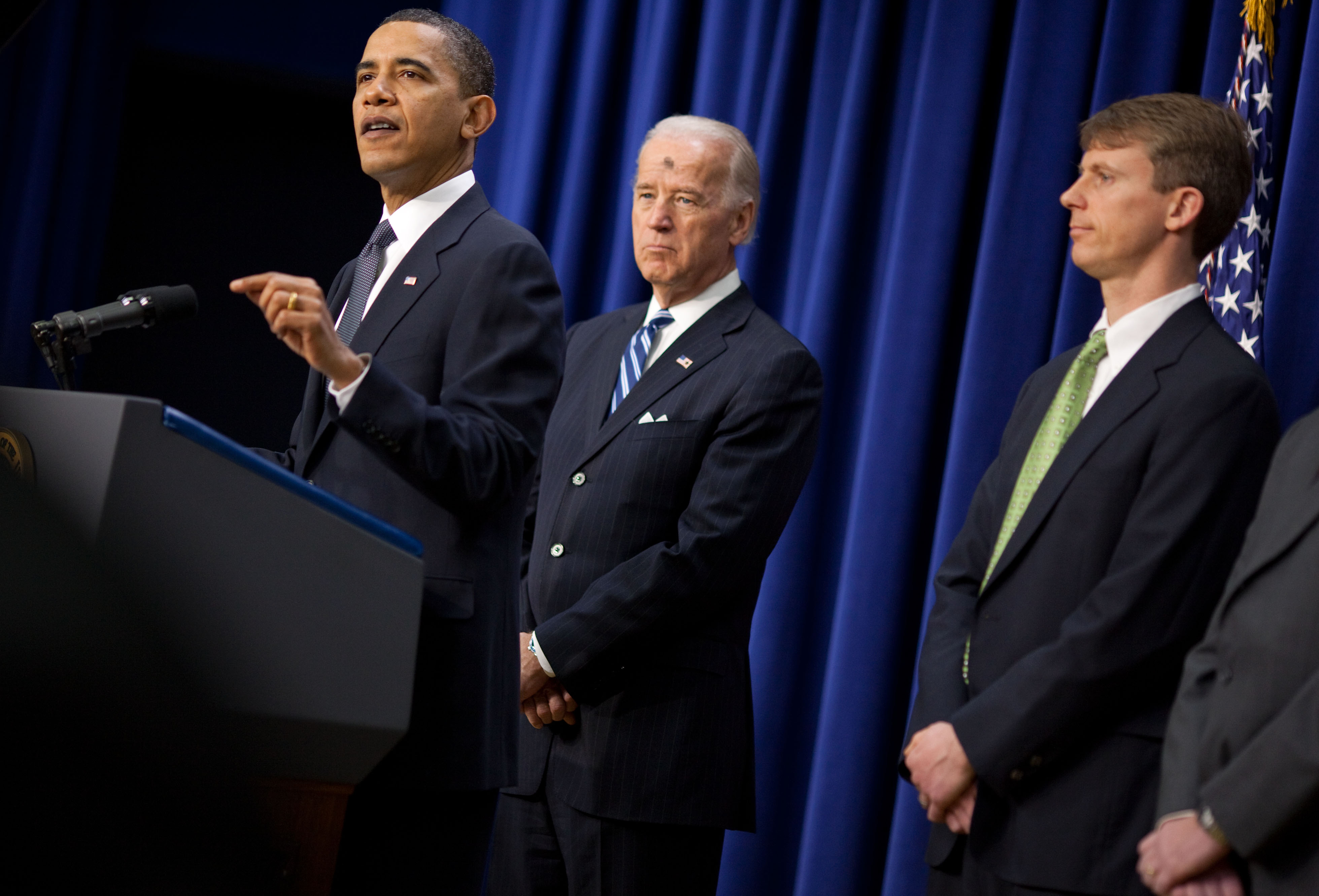 President Barack Obama makes a statement to business owners on the anniversary of the Recovery Act signing in the South Court Auditorium of the Eisenhower Executive Office Building February 17, 2010. (Official White House Photo by Samantha Appleton)