"I'm Here Because of Natoma"

March 15, 2010 at 2:45 PM ET by Jesse Lee
Twitter Facebook Email
Summary:
Speaking up for health reform in Ohio, the President tells the tragic, inspiring, and all-too-common story of one woman who wrote him a letter.
This afternoon the President was in Ohio as the year-long battle to finally reform America's health insurance system draws towards a close – and he took the opportunity to remind everybody why he has fought so hard for so long against such powerful interests.  He was introduced by Connie Anderson, the sister of Natoma Canfield – a woman whose awful but all-too-common struggles have served as a brutal symbol of what is wrong with our system for millions of others.

It began with a letter – the type of letter millions of Americans have written to their presidents since the founding of this country.  But this letter, which she likely never expected anybody even close to the President to see, ended up in his hands.  It told of her story having battled off cancer sixteen years ago, and having battled with her insurance company ever since -- see the scanned images below or read the text of the letters here. 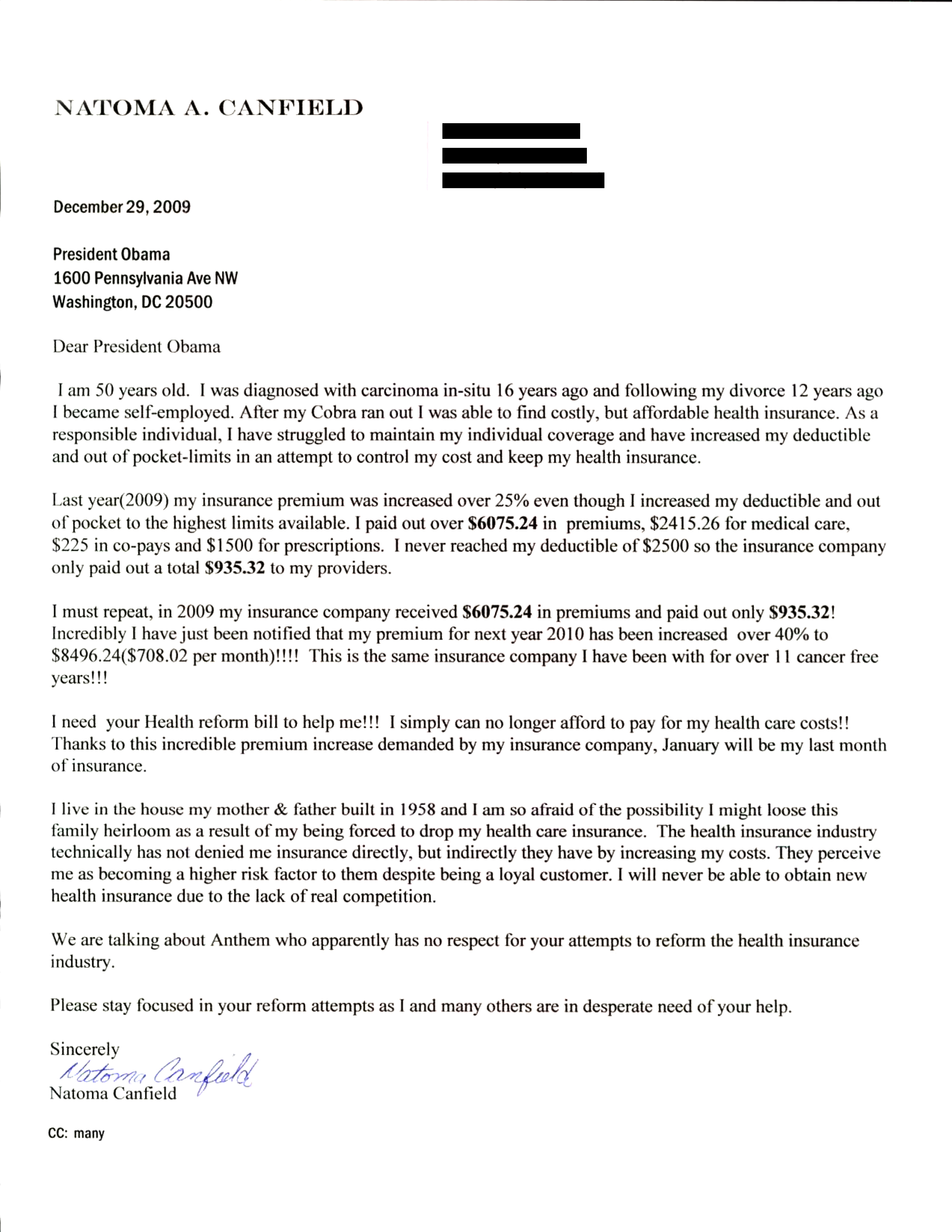 The President replied to her letter, but that was only the beginning:

When the President and HHS Secretary Sebelius met with insurance company executives recently asking them to justify their alarming rate increases across the country in recent months, he read her letter to them to make clear that this was not about politics, or lobbying, or grandstanding – this was about countless stories of working Americans being crushed under their health care costs, even when they play by the rules and pay their dues to insurance companies for what is supposed to be peace of mind.

Last week, though, Natoma collapsed.  She was taken to an emergency room, and has since been diagnosed with Leukemia.  Natoma and her family are struggling to determine how they will afford Natoma’s medical treatment now that she no longer has insurance, which she dropped in January 2010 because of rate hikes that simply made insurance unaffordable.

After being introduced by Natoma’s sister, the President recounted her story – and leaned into the microphone as he told the crowd what he has been trying to do for the past year:

THE PRESIDENT:  I’m here because of my own mother’s story.  She died of cancer, and in the last six months of her life, she was on the phone in her hospital room arguing with insurance companies instead of focusing on getting well and spending time with her family.

I’m here because of the millions who are denied coverage because of preexisting conditions or dropped from coverage when they get sick.  (Applause.)

I’m here because of the small businesses who are forced to choose between health care and hiring.  (Applause.)

I’m here because of the seniors unable to afford the prescriptions that they need.  (Applause.)

THE PRESIDENT:  So when you hear people say “start over” -- 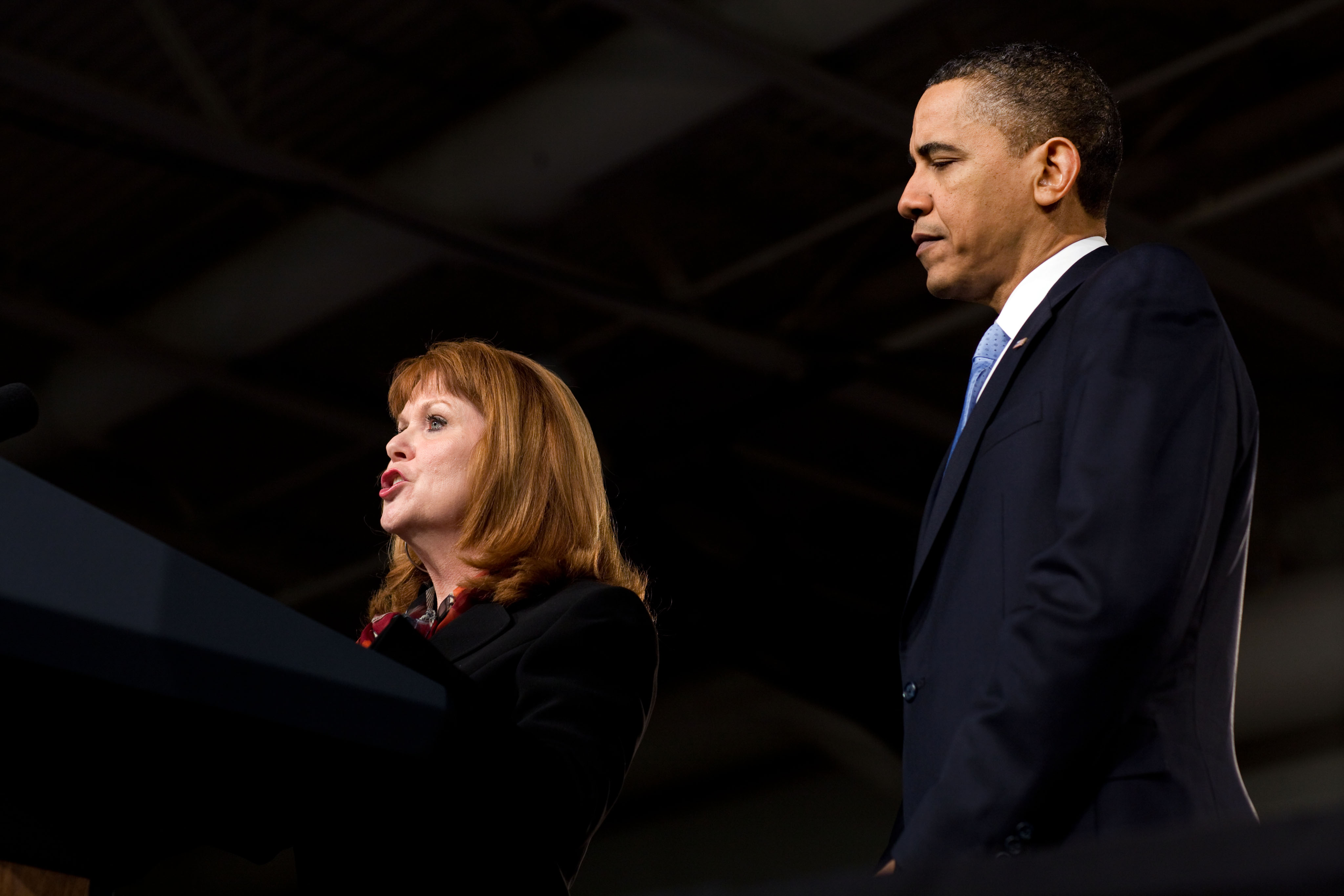 President Barack Obama is introduced by Connie Anderson, at the Walter F. Ehrnfelt Recreation and Senior Center in Strongsville, Ohio. Anderson is the sister of cancer patient Natoma Canfield, who wrote the President saying she gave up her health insurance after the premium rose to where she could no longer afford it March 15, 2010. (Official White House Photo by Pete Souza)