The President Speaks to Wall Street, Republicans, and All of America

At noon today the President spoke to an audience that included many from the financial sector at Cooper Union in New York City, a place where he spoke about reforming Wall Street and financial institutions two years ago:

As I said on this stage two years ago, I believe in the power of the free market.  I believe in a strong financial sector that helps people to raise capital and get loans and invest their savings.  That’s part of what has made America what it is.  But a free market was never meant to be a free license to take whatever you can get, however you can get it.  That’s what happened too often in the years leading up to this crisis.  Some -- and let me be clear, not all -- but some on Wall Street forgot that behind every dollar traded or leveraged there’s family looking to buy a house, or pay for an education, open a business, save for retirement.  What happens on Wall Street has real consequences across the country, across our economy.

The President applauded the House for having passed reforms, and the Senate for working through their own version, despite “the furious effort of industry lobbyists to shape this legislation to their special interests.”  He then spoke directly to those in the audience and the area who might be paying those lobbyists:

And for those of you in the financial sector I'm sure that some of these lobbyists work for you and they’re doing what they are being paid to do.  But I’m here today specifically -- when I speak to the titans of industry here -- because I want to urge you to join us, instead of fighting us in this effort.  (Applause.)  I’m here because I believe that these reforms are, in the end, not only in the best interest of our country, but in the best interest of the financial sector.  And I’m here to explain what reform will look like, and why it matters. 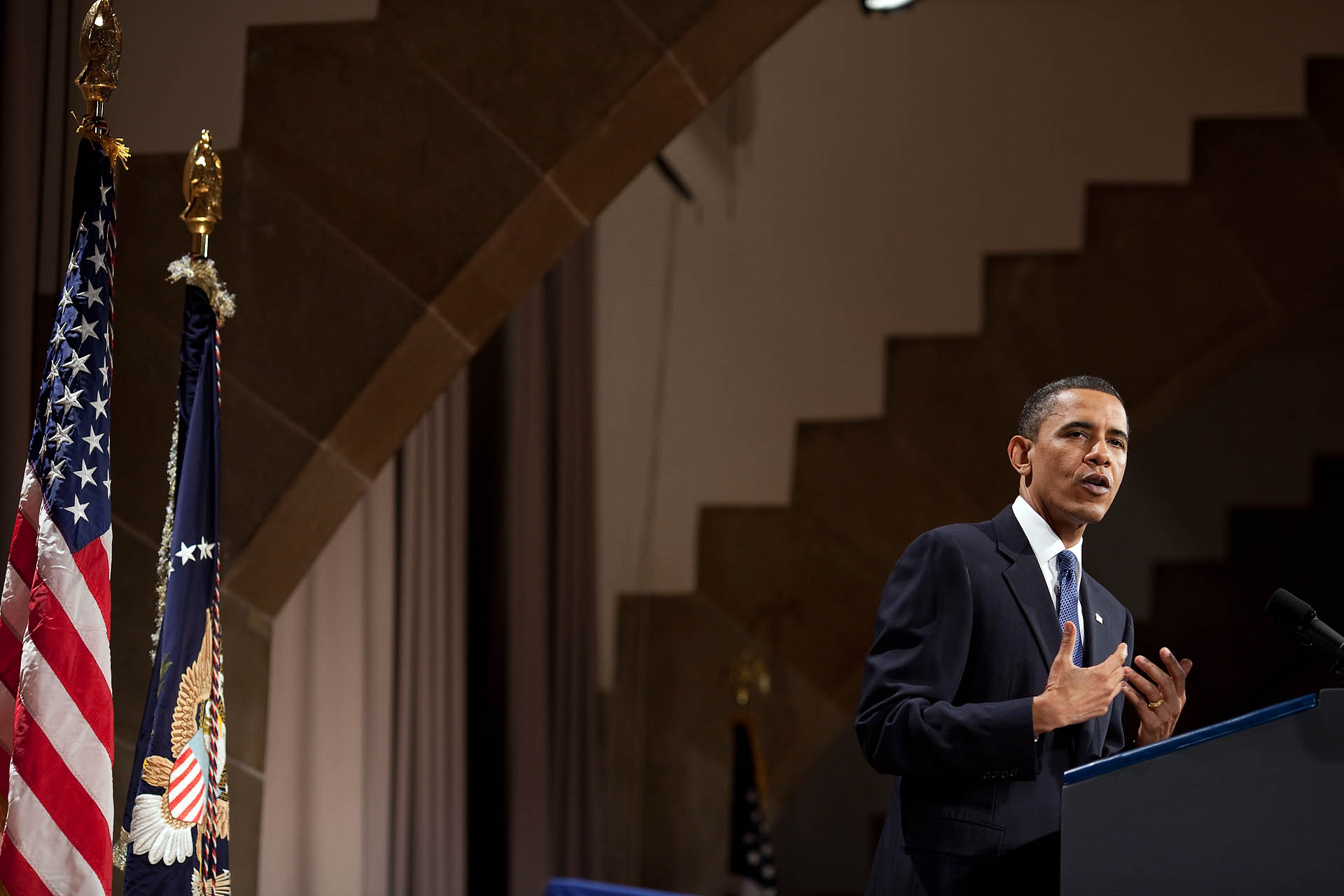 The President focused on four key elements of his plan for reform:

Now, first, the bill being considered in the Senate would create what we did not have before, and that is a way to protect the financial system and the broader economy and American taxpayers in the event that a large financial firm begins to fail.  If there’s a Lehmans or an AIG, how can we respond in a way that doesn’t force taxpayers to pick up the tab or, alternatively, could bring down the whole system.

He acknowledged that there might be legitimate debate about the best way to approach that issue, but made clear that he had no patience for those making the false claim that somehow reform would lead to more bailouts: “In other words, a vote for reform is a vote to put a stop to taxpayer-funded bailouts.  That’s the truth.  End of story.  And nobody should be fooled in this debate.”  He then moved on to the second component:

Number two, reform would bring new transparency to many financial markets.  As you know, part of what led to this crisis was firms like AIG and others who were making huge and risky bets, using derivatives and other complicated financial instruments, in ways that defied accountability, or even common sense.  In fact, many practices were so opaque, so confusing, so complex that the people inside the firms didn’t understand them,  much less those who were charged with overseeing them.  They weren’t fully aware of the massive bets that were being placed.  That’s what led Warren Buffett to describe derivatives that were bought and sold with little oversight as “financial weapons of mass destruction.”  That’s what he called them.  And that’s why reform will rein in excess and help ensure that these kinds of transactions take place in the light of day.

The President applauded the Republican Senator who crossed the aisle to support Democratic efforts on reining in derivatives, and moved on to the third major priority in reform:

Third, this plan would enact the strongest consumer financial protections ever.  (Applause.) And that's absolutely necessary because this financial crisis wasn’t just the result of decisions made in the executive suites on Wall Street; it was also the result of decisions made around kitchen tables across America, by folks who took on mortgages and credit cards and auto loans.  And while it’s true that many Americans took on financial obligations that they knew or should have known they could not have afforded, millions of others were, frankly, duped.  They were misled by deceptive terms and conditions, buried deep in the fine print.

Speaking on the fourth and final main component, the President addressed one of the biggest sources of anger across the country over the past years:

Number four, the last key component of reform.  These Wall Street reforms will give shareholders new power in the financial system.  They will get what we call a say on pay, a voice with respect to the salaries and bonuses awarded to top executives.  And the SEC will have the authority to give shareholders more say in corporate elections, so that investors and pension holders have a stronger role in determining who manages the company in which they’ve placed their savings.

Now, Americans don’t begrudge anybody for success when that success is earned.  But when we read in the past, and sometimes in the present, about enormous executive bonuses at firms -- even as they’re relying on assistance from taxpayers or they’re taking huge risks that threaten the system as a whole or their company is doing badly -- it offends our fundamental values.

Not only that, some of the salaries and bonuses that we’ve seen creates perverse incentives to take reckless risks that contributed to the crisis.  It’s what helped lead to a relentless focus on a company’s next quarter, to the detriment of its next year or its next decade.  And it led to a situation in which folks with the most to lose -- stock and pension holders -- had the least to say in the process.  And that has to change.  (Applause.)

The President urged the audience to recognize that there are legitimate issues at hand, even if all parties will not always agree on everything, and to join him in supporting commonsense reforms.