Welcome News, But No Rest

As CEA Chair Christina Romer laid out earlier this morning, "Today’s employment report shows the strongest signs yet of healing in the labor market."  The economy created 290,000 jobs in April, the vast majority of them private sector, and with new data incorporated April became the fourth consecutive months of positive job growth.  Flanked by his economic team, the President spoke about the news in the Rose Garden:

On what seems like a daily basis, we’re barraged with statistics and forecasts and reports and data related to the health of the economy.  But from the first days of this administration, amidst the worst economic crisis since the Great Depression, I’ve said that the truest measure of progress would be whether or not we were creating jobs.  That’s what matters in people’s lives.  What matters is whether someone who needs a job can find work -- whether people can provide for their families and save for the future and achieve some measure of economic security.

Everything we’ve done has been with this goal in mind.  And today, I’m happy to report that we received some very encouraging news.

The President laid out the numbers, but made clear that while the trends are encouraging, work continues and many of the programs the President has put together are only now taking effect:

What government can do is help create the conditions for companies to hire again.  What it can do is build the infrastructure and offer the incentives that will allow small businesses to add workers, that will help entrepreneurs take a chance on an idea, that will lead manufacturers to set up shop not overseas but right here in United States of America.

And that’s what we’ve been doing.  Right now, a series of tax incentives and other steps to promote hiring are taking effect.  Because of a bill I signed into law a few weeks ago, businesses are now eligible for tax cuts for hiring unemployed workers.  Companies are also able to write off more of their investments in new equipment.  And we’re spurring additional investments in school renovation, clean energy projects, and road construction, which will create jobs while laying a new foundation for lasting growth.

In addition, as part of health reform, 4 million small businesses recently received a postcard in their mailbox telling them that they’re eligible for a health care tax cut this year.  It’s worth perhaps tens of thousands of dollars to each of these companies.  And it will provide welcome relief to small business owners, who too often have to choose between health care and hiring.

So that’s what’s already come online.  But we still have more to do.  In my State of the Union address, I called for a $30 billion small business lending fund, which would help increase the flow of credit to small companies that were hit hard by the decline in lending that followed the financial crisis.  And obviously small businesses are a major source of job creation.

This morning, we sent draft legislation to Congress on this fund, which now includes a new state small business credit initiative.  This state initiative, which was designed with the help of governors and members of both the House and the Senate, will help expand lending for small businesses and manufacturers at a time when budget shortfalls are leading states to cut back on vitally important lending programs.

In addition, with state and local governments facing huge budget gaps, we’re seeing layoffs of teachers, police officers, firefighters, and other essential public servants -- which not only harms the economy, but also the community and the economy as a whole.  So we are working with Congress to find ways to keep our teachers in the classrooms, the police officers on the beat, and firefighters on call.

A few months ago, I also proposed giving people rebates to upgrade the energy efficiencies of their home.  This will not only save families money, it will create jobs in the hard-hit construction and manufacturing sectors, since things like windows and insulation are overwhelmingly made in the United States of America.  I was gratified to see a bipartisan vote to pass this proposal, called “Home Star,” in the House of Representatives yesterday.  I’m calling on the Senate to act as well.  And I’m urging Congress to expand the clean energy manufacturing tax credit, which is helping create jobs across America building wind turbines and solar panels.

He concluded with this vow to those still having a tough time: "I won’t rest until you, and millions of your neighbors caught up in these storms, are able to find a good job and reach a brighter day." 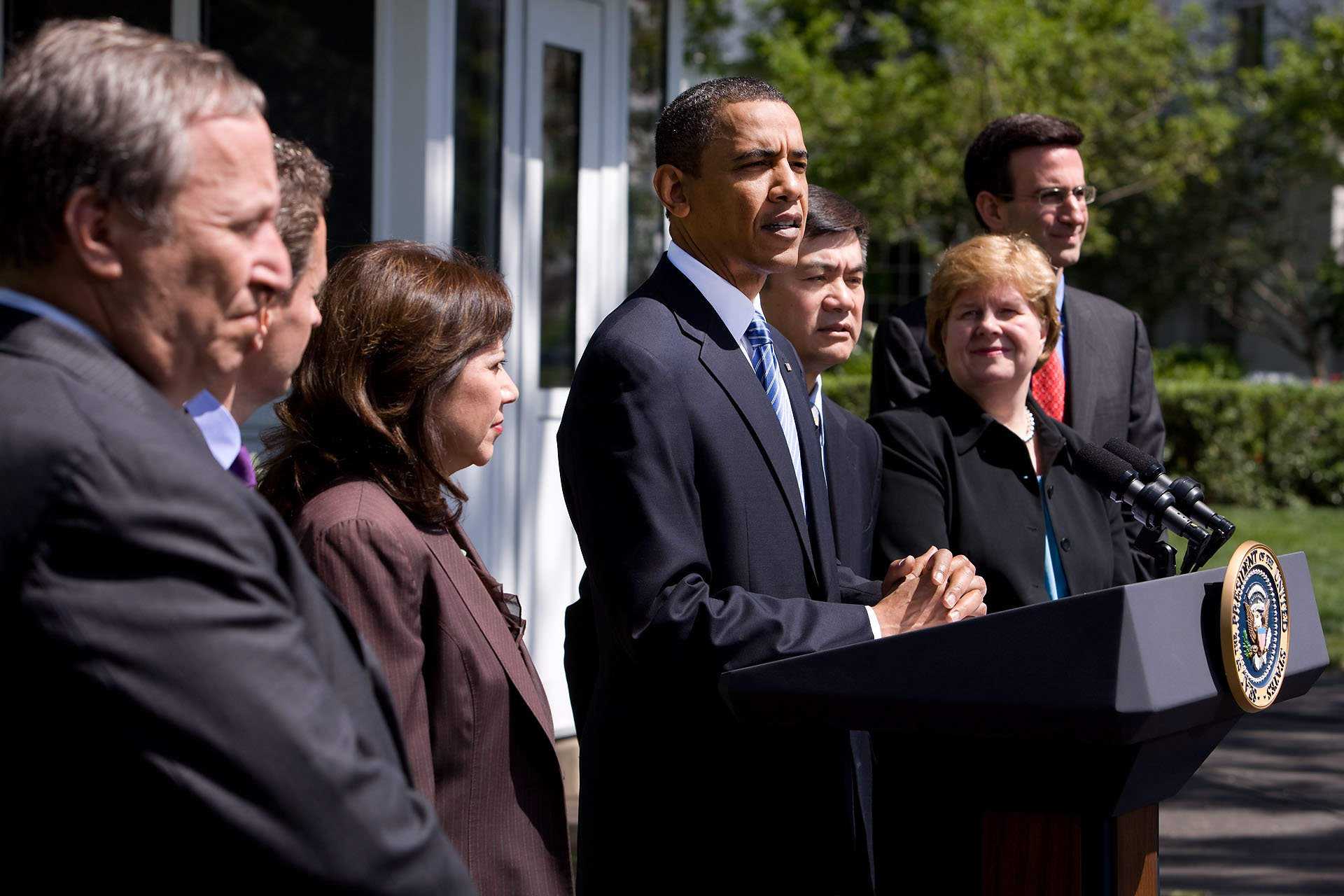