Ask Dr. H: "Who Do You Credit For Your Scientific Interests?"

May 21, 2010 at 3:29 PM ET by John P. Holdren
Twitter Facebook Email
Summary:
In this week's "Ask the President's Science Advisor," Dr. Holdren answers a personally oriented question from Twitter. Submit your questions via e-mail or Twitter for consideration in next week's Ask Dr. H! 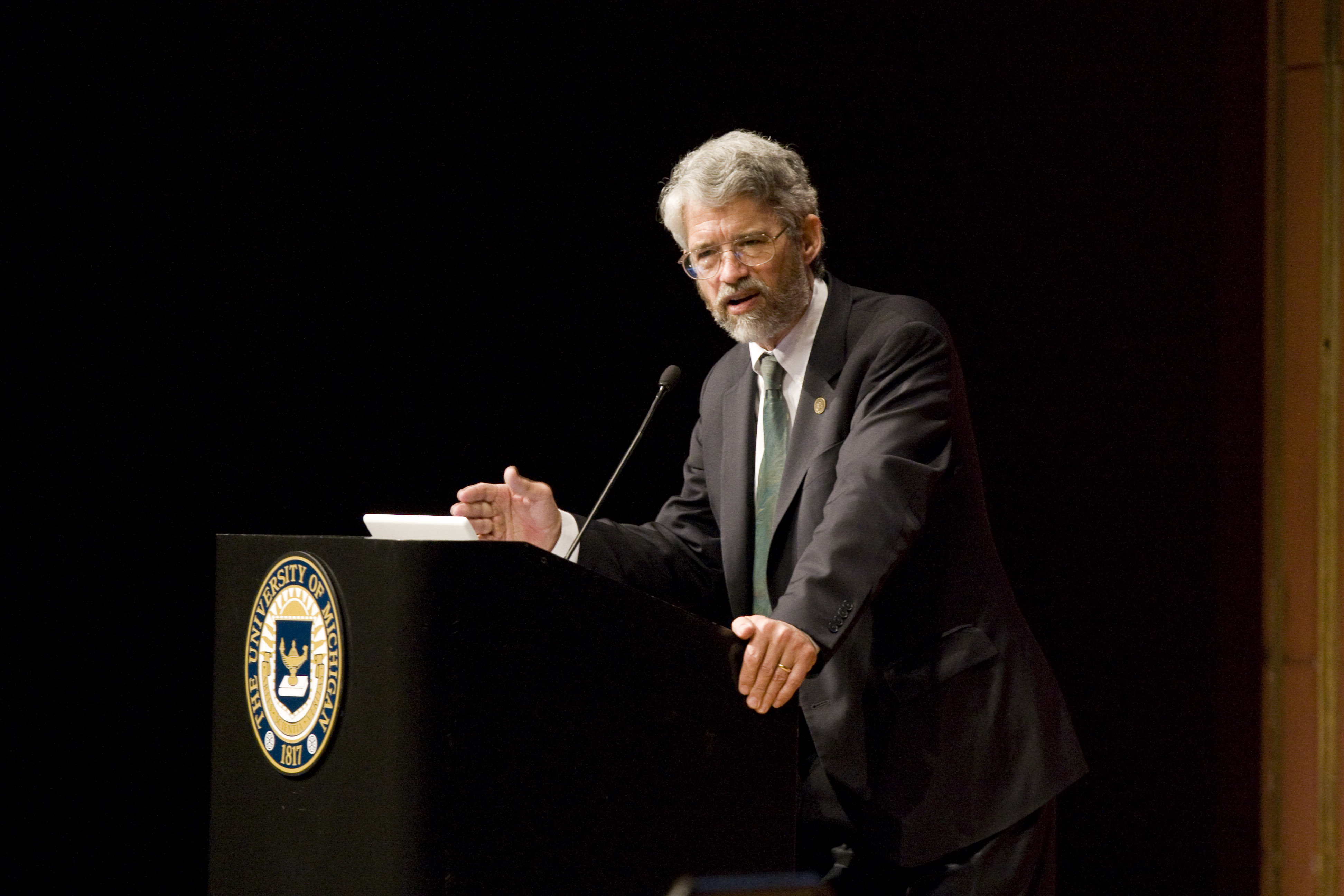 [Ed. Note: In this week’s "Ask the President's Science Advisor," Dr. Holdren answers a more personal question from Twitter user @supercatcalhoun. To have your question considered for this feature, you can e-mail your short query to AskDrH@ostp.gov or tweet @whitehouseostp using the hashtag #AskDrH. The selected question will be posted in the blog with Dr. Holdren's answer.]

From the earliest age about which I can remember much—three and a half or four—I was curious about how machines work, how nature works, and how society works. My mother, Virginia Holdren, was a voracious reader of both fiction and nonfiction and turned me into the same. (She made a weekly trip to the library, returning each time with a large shopping bag of books for both of us.) My parents bought me the 1953 edition of the World Book Encyclopedia when I was nine, and over the next two years I read it all from A to Z. I had some superb teachers in the public schools I attended growing up in San Mateo, California, starting with the Beresford Park elementary school where my sixth grade teacher, in particular, Mrs. Azevedo, had an effect on my intellectual growth and ambitions second only to that of my mother. Both of them told me that any career I might want was open to me except music (because I couldn’t hold a tune) and medicine (because I couldn’t stand the sight of blood).

In high school my most inspiring teachers were an algebra teacher, an English teacher, and a Latin teacher. All of them were great at communicating their excitement about their fields in a way that got the students excited about learning … and got some of us, including me, interested in the idea that we might one day want to teach, too. But the high school experience that most shaped my career trajectory was reading two books as a sophomore—C. P. Snow’s THE TWO CULTURES and Harrison Brown’s THE CHALLENGE OF MAN’S FUTURE—that opened my eyes to the proposition that many of the most important challenges facing society could only be understood—and thus could only be met—by combining knowledge from the natural sciences and engineering, from the social sciences, and from the humanities. The challenges they were writing about were poverty, hunger, disease, resource scarcity, conflict, and weapons of mass destruction. It struck me then, and I never changed my mind thereafter, that the most rewarding thing somebody interested equally in natural and social science, technology, and the humanities could do is try to learn enough about all of them to be able to contribute to “putting the pieces together” in the way Snow and Brown argued was needed to address these great, interdisciplinary challenges.

So I ended up at MIT with an aerospace engineering major and a humanities minor in German literature and philosophy, while also taking all the courses for a physics degree but for one lab course. (I had decided, based on a number of exciting experiences, that taking lab courses was dangerous to my health AND to that of my classmates.) I had great professors at MIT in all the fields I was interested in, and one of the many things I learned from them was that university teaching is a great job—you get the rewards of teaching combined with opportunities to team with industry on practical problems and to get involved in policy in advisory roles for government.

For my PhD at Stanford I worked on a problem in theoretical plasma physics that was germane both to astrophysics and to harnessing fusion energy; I chose that field and that problem both because of the challenging math and physics involved and because there was an application to one of the great societal challenges—providing abundant energy for civilization—that I had become interested in. Through a series of coincidences I also ended up working in parallel with biologists at Stanford (on the causes and consequences of global environmental change) and, through them, meeting life scientists and Earth scientists and social scientists from all around the country who were working on this set of problems in an interdisciplinary way.

After getting my PhD, I worked on fusion energy at the Lawrence Livermore National Lab for a couple of years and then worked at Caltech on problems of energy, environment, and development for a year or so, before getting the chance to start up and teach in an interdisciplinary graduate program in Energy and Resources at the University of California in Berkeley. I spent 23 years there studying and teaching about the scientific and technological and policy dimensions of the challenges the world faces around energy, environment, and international security—just what I’d hoped, when I was in high school, that I could find a way to get paid for doing. I then spent another 13 years doing similar things at Harvard University and the Woods Hole Research Center before having the great good fortune to be tapped by the newly elected President Obama as his science and technology advisor.

I had many more great mentors along the way than I’ve taken the space to mention here, and I’m grateful to all of them. The career advice that came from all of the them was the same, and I’m happy to pass it along here: “Think about what you’d really like to do, don’t assume it’s out of reach, work hard to equip yourself for doing it ... and it probably will happen.”