“We’ve got to go back to making things”

May 26, 2010 at 5:46 PM ET by Katelyn Sabochik
Twitter Facebook Email
Summary:
President Obama visits a solar panel manufacturer in California and discusses the importance of investing in clean energy.
[[nid:12568]]

Today, President Obama visited Solyndra, Inc. in Fremont California – a solar panel manufacturer that is building a new facility (and creating new jobs) thanks to funding from the Recovery Act.  So far, construction of the new facility has created over 3,000 construction-related jobs and the new factory could create up to 1,000 long-term new jobs. And this is just one of countless stories that together account for the up-to-2.8 million jobs the Recovery Act is responsible  for by the CBO’s count.

During his remarks at the Solyndra facility the President stressed the importance reviving our economy by spurring innovation and creating new manufacturing jobs:

So that’s why, even as we cut taxes and provided emergency relief over the past year -- we also invested in basic research, in broadband networks, in rebuilding roads and bridges, in health information technology, and in clean energy.  Because not only would this spur hiring by businesses -- it would create jobs in sectors with incredible potential to propel our economy for years, for decades to come.  There is no better example than energy. 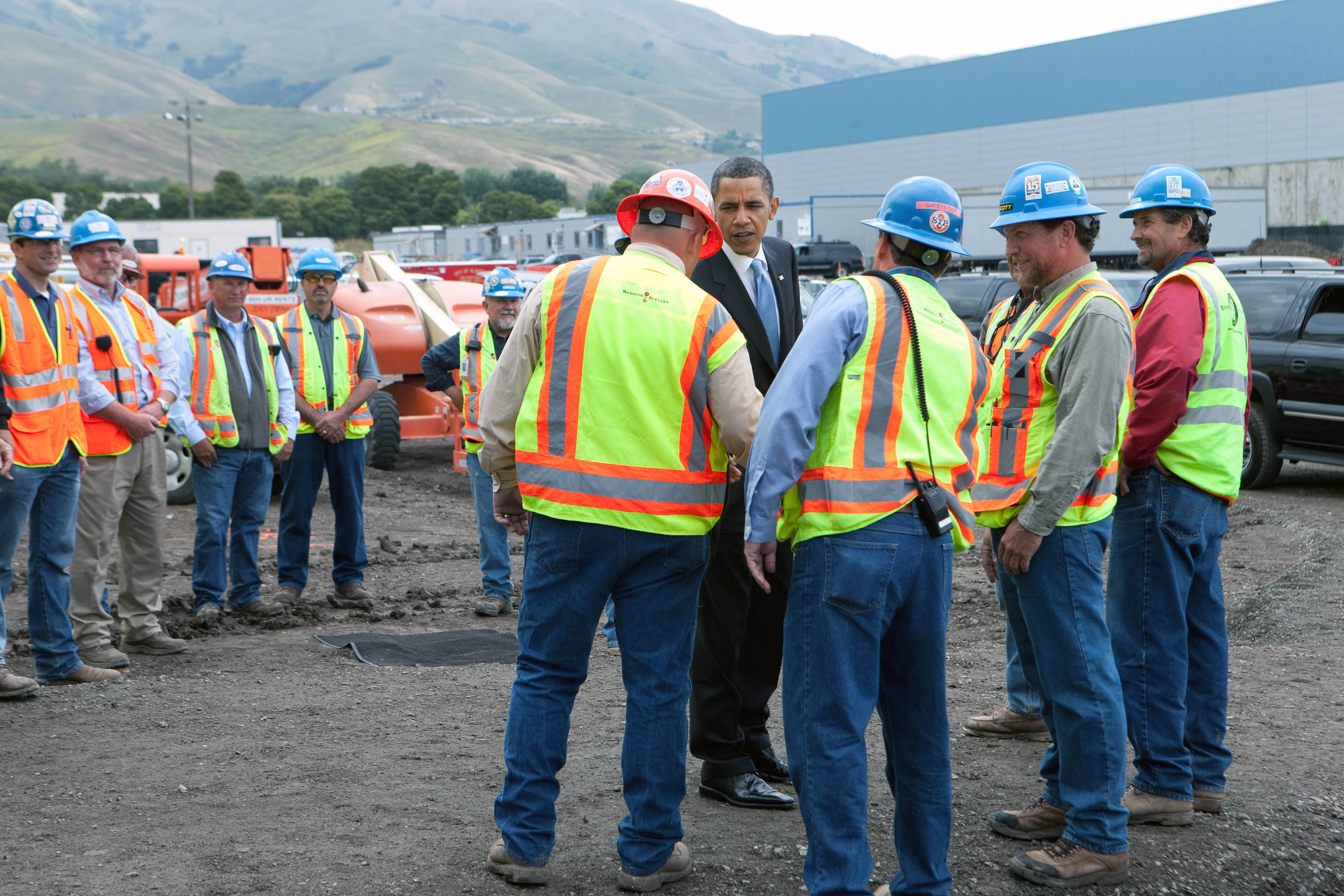 The President also stressed the importance of investing in clean energy to help wean Americans off our dependence on fossil fuels and foreign oil and to compete in the international economy.  The recent oil spill in the Gulf of Mexico underscored the importance of that goal.

But even as we are dealing with this immediate crisis, we’ve got to remember that the risks our current dependence on oil holds for our environment and our coastal communities is not the only cost involved in our dependence on these fossil fuels.  Around the world, from China to Germany, our competitors are waging a historic effort to lead in developing new energy technologies.  There are factories like this being built in China, factories like this being built in Germany.  Nobody is playing for second place.  These countries recognize that the nation that leads the clean energy economy is likely to lead the global economy.  And if we fail to recognize that same imperative, we risk falling behind.  We risk falling behind. 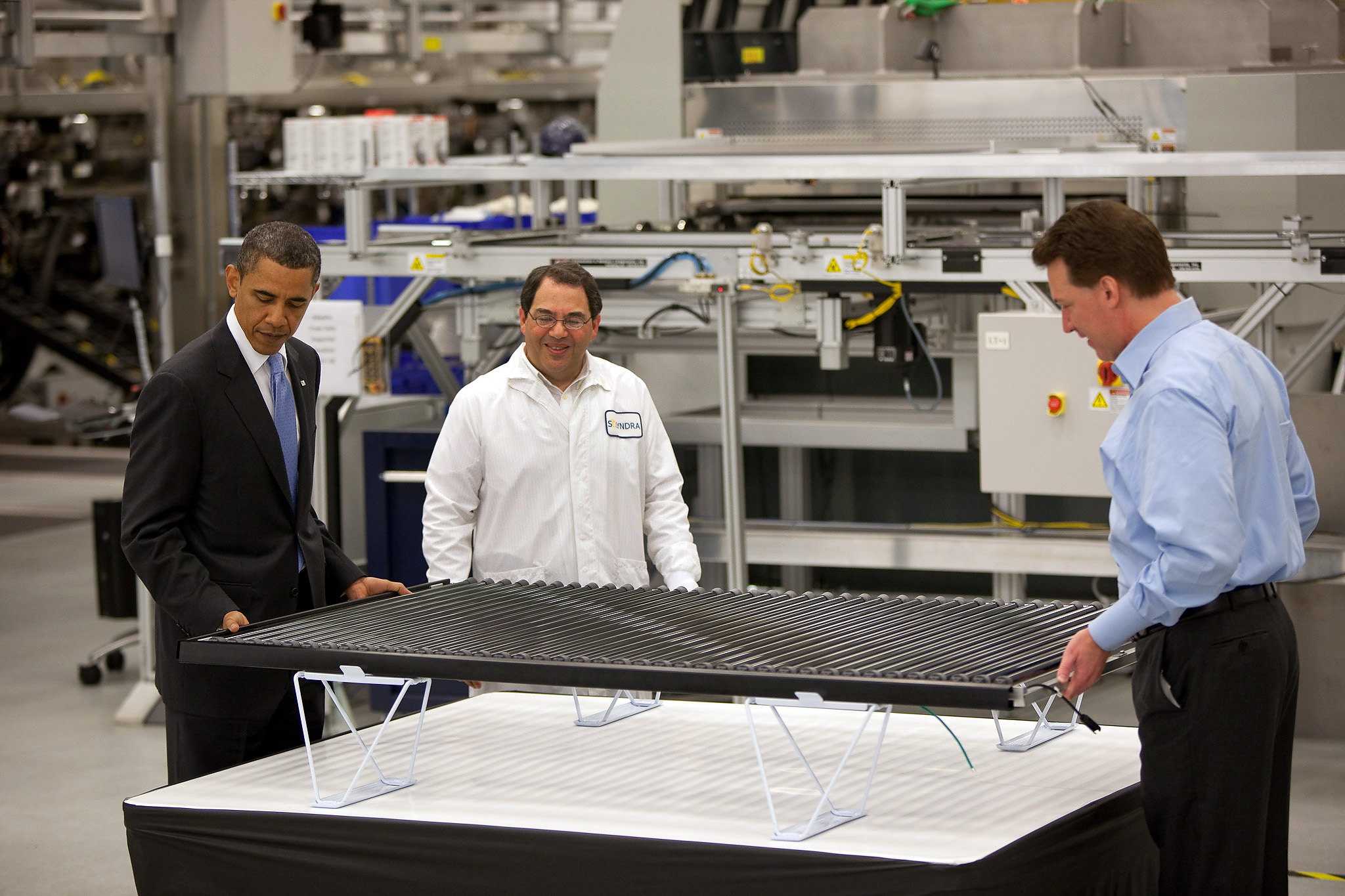 The Solyndra project is just one of the many ways the Administration is supporting clean energy manufacturing in America.  Today Deputy Secretary of Energy Daniel Poneman participated in a ground breaking ceremony for Nissan North America’s new advanced batter manufacturing facility in Smyrna, Tennessee.

The Department of Energy closed a $1.4 billion dollar loan with Nissan North America to retool their facility in Smyrna to build advanced electric automobiles and batteries.  Nissan has put that money to work by producing its all-electric vehicle, the LEAF, at its existing plant in Smyrna.  The loan will also help Nissan will offer 150,000 electric vehicles to fleet and retail customers annually. Nissan has already created 250 jobs to retool the factory and anticipates the project may result in an increase of up to 1,300 jobs when full production is reached.