Groundbreaking Another Example of Recovery Act at Work

Yesterday, Vice President Biden and the Energy Department’s Assistant Secretary Cathy Zoi were in Midland, MI, to celebrate the groundbreaking of Dow Kokam's 800,000 square foot battery manufacturing factory.  This is part of the Summer of Recovery, demonstrating successful Recovery Act projects that are putting Americans back to work in the short term and investing in a clean energy economy.  Dow Kokam estimates its project has already created or preserved approximately 100 construction jobs – this will rise to 1,000 jobs at the peak of construction.  The bulk of the estimated 800 full time jobs will come in the second half of 2011, when Dow will begin hiring and training permanent employees. 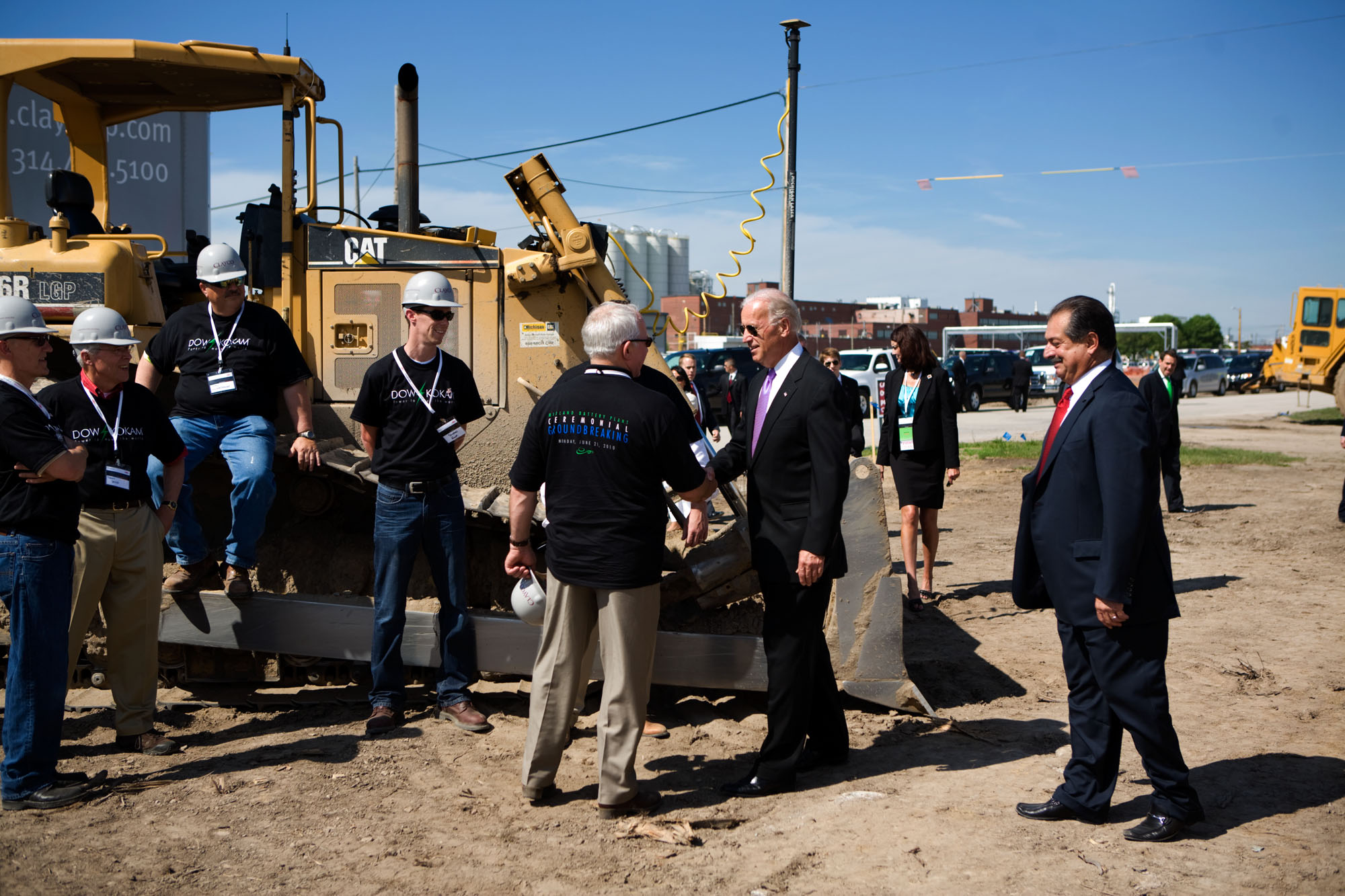 Vice President Joe Biden greets construction workers at the site of a new Dow Kokam advanced battery plant which was in part by the American Recovery and Reinvestment Act, in Midland, Michigan, June 21, 2010. (Official White House Photo by David Lienemann)

The Dow plant is part of the Recovery Act’s $2 billion investments in advanced battery manufacturing, supporting 20 battery and 10 component manufacturing factories.  These include several other Michigan factories including A123, Compact Power, GM, and Johnson Controls.  At full scale, the Obama Administration’s investments will support factories with the capacity to supply more than 500,000 plug-in hybrid and electric drive vehicles.  Dow will build enough batteries to supply 60,000 electric-drive vehicles, scaling up a proven process to build lithium-ion batteries. 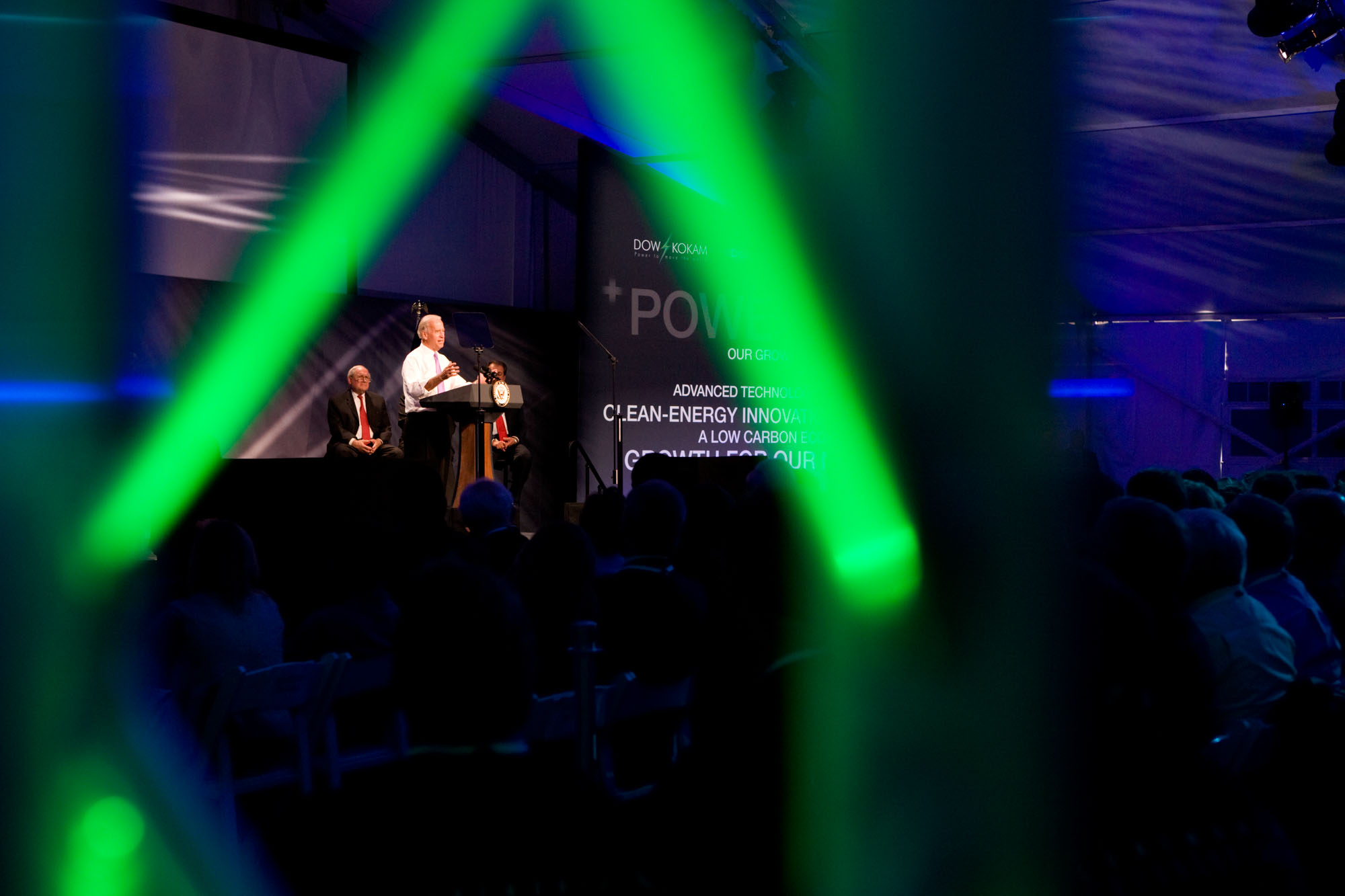 Vice President Joe Biden speaks at a groundbreaking ceremony for a new Dow Kokam advanced battery plant which was funded in part by the American Recovery and Reinvestment Act, in Midland, Michigan, June 21, 2010. (Official White House Photo by David Lienemann)

The Recovery Act's battery factories are scaling up production, and also lowering costs.  By 2013, these factories will help cut battery costs in half – making electric drive vehicles much more affordable for Americans.  Additional Administration investments in cutting edge research projects, led by the Energy Department, will continue this type of innovation well beyond 2015, providing a long-term path for a competitive industry.