June 29, 2010 at 4:35 PM ET by William Jawando
Twitter Facebook Email
Summary:
Yesterday, President Obama met with the 2010 winners of MATHCOUNTS, a national enrichment, club, and competition program that promotes middle school mathematics achievement through grassroots involvement in every US state and territory.

Question: If you start with $1 and, with each move, you can either double your money or add another $1, what is the smallest number of moves you have to make to get to exactly $200?

Mark Sellke, an 8th grader at Klondike Middle School in West Lafayette, Indiana, correctly answered this question in less than 45 seconds this past May to become the 2010 MATHCOUNTS individual champion.

Yesterday, President Obama met with Mark, the winning MATHCOUNTS team from California, and the individual runner-up of the competition. During their visit to the White House, these elated “mathletes" talked to the President about their aspirations—including working for NASA and becoming a math professor. The President congratulated the students on their accomplishments and emphasized the importance of science and math to the Nation’s economy, security, and competiveness. He also confessed to a more parochial pleasure in getting to know them, declaring that he would be calling upon them next time Sasha or Malia stumped him with a math homework question.

Not everyone needs to be able to figure out as fast as Mark did that it takes (spoiler alert!) at least nine moves to get that $200, but the United States will need more stars like Mark and his co-winners if we are to meet the President’s goal of once again having the highest proportion of college graduates in the world by 2020. One assessment shows American 15-year-olds now rank 21st in science and 25th in math when compared to their peers around the world.

That’s one reason why the President launched the “Educate to Innovate” campaign to motivate and inspire students to excel in science, technology, engineering, and mathematics (STEM). That campaign has already helped to raise more than $500 million from the private, nonprofit, and philanthropic sectors for the creation of innovative public-private partnerships to attract, develop, reward, and retain outstanding educators in STEM subjects.

So congratulations to America’s newest mathletes. And to the rest of the Nation’s students: Let’s get to work! 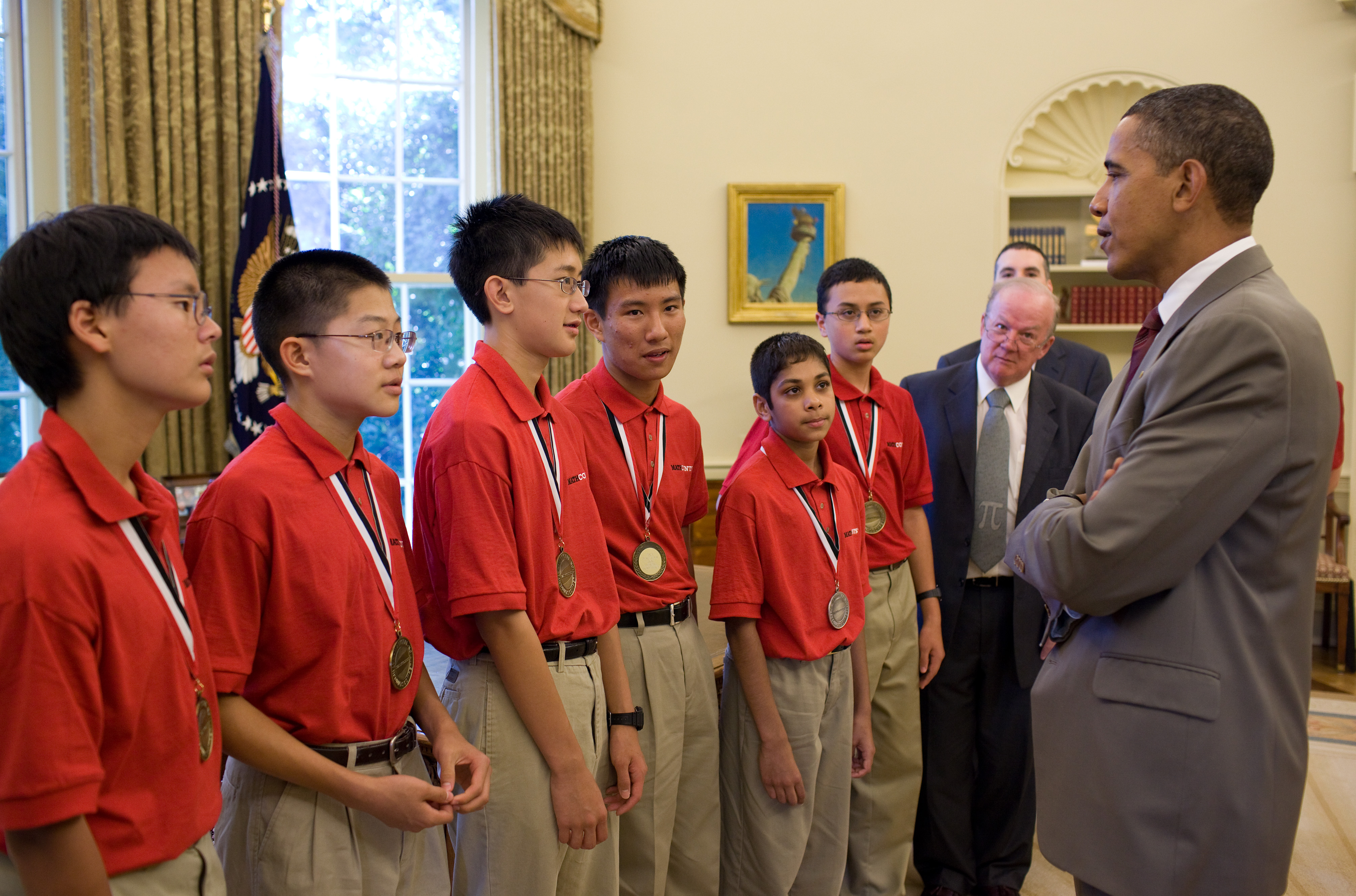