President Obama on Government and Economic Recovery in Nevada

July 9, 2010 at 2:59 PM ET by Jesse Lee
Twitter Facebook Email
Summary:
Following up on his tour of Smith Electric’s new factory in Kansas City – an all-electric, zero emissions commercial truck manufacturer that received a $32 million Recovery Act grant – the President spoke at the University of Nevada, Las Vegas on the nexus of government, the emerging clean energy economy, and recovery.

Following up on his tour of Smith Electric’s new factory in Kansas City yesterday – an all-electric, zero emissions commercial truck manufacturer that received a $32 million Recovery Act grant – the President spoke today at the University of Nevada, Las Vegas on the nexus of government, the emerging clean energy economy, and recovery:

There’s a big debate in Washington right now about the role that government should play in all this.  As I said in the campaign -- and as I’ve repeated many times as President -- the greatest generator of jobs in America is our private sector.  It’s not government.  It’s our entrepreneurs and innovators who are willing to take a chance on a good idea.  It’s our businesses, large and small, who are making payroll and working with suppliers and distributing goods and services across the country and now across the world.

The private sector, not government, is, was, and always will be the source of America’s economic success.  That’s our strength, the dynamism of our economy.  And that’s why one of the first things Harry Reid did, one of the first things we did, was cut dozens of taxes -- not raise them, cut them -- for middle class and small business people.  And we extended loan programs to put capital in the hands of startups.  And we worked to reduce the cost of health care for small businesses.

And right now, Harry is fighting to pass additional tax breaks and loan authority to help small businesses grow and hire all across the country.  But he has also tried to look out specifically for Nevada.  He understands, for example, that tourism is so enormous an aspect of our economy, and so helped to move our trade promotion act that is going to be helping to do exactly what it says -- promote tourism -- and bring folks here to enjoy the incredible hospitality.

The point is, our role in government, especially in difficult times like these, is to break down barriers that are standing in the way of innovation; to unleash the ingenuity that springs from our people; to give an impetus to businesses to grow and expand.  That’s not some abstract theory.  We’ve seen the results.  We’ve seen what we can do to catalyze job growth in the private sector.

And one of the places we’ve seen it most is in the clean energy sector -- an industry that will not only produce jobs of the future but help free America from our dependence on foreign oil in the process, clean up our environment in the process, improve our national security in the process. 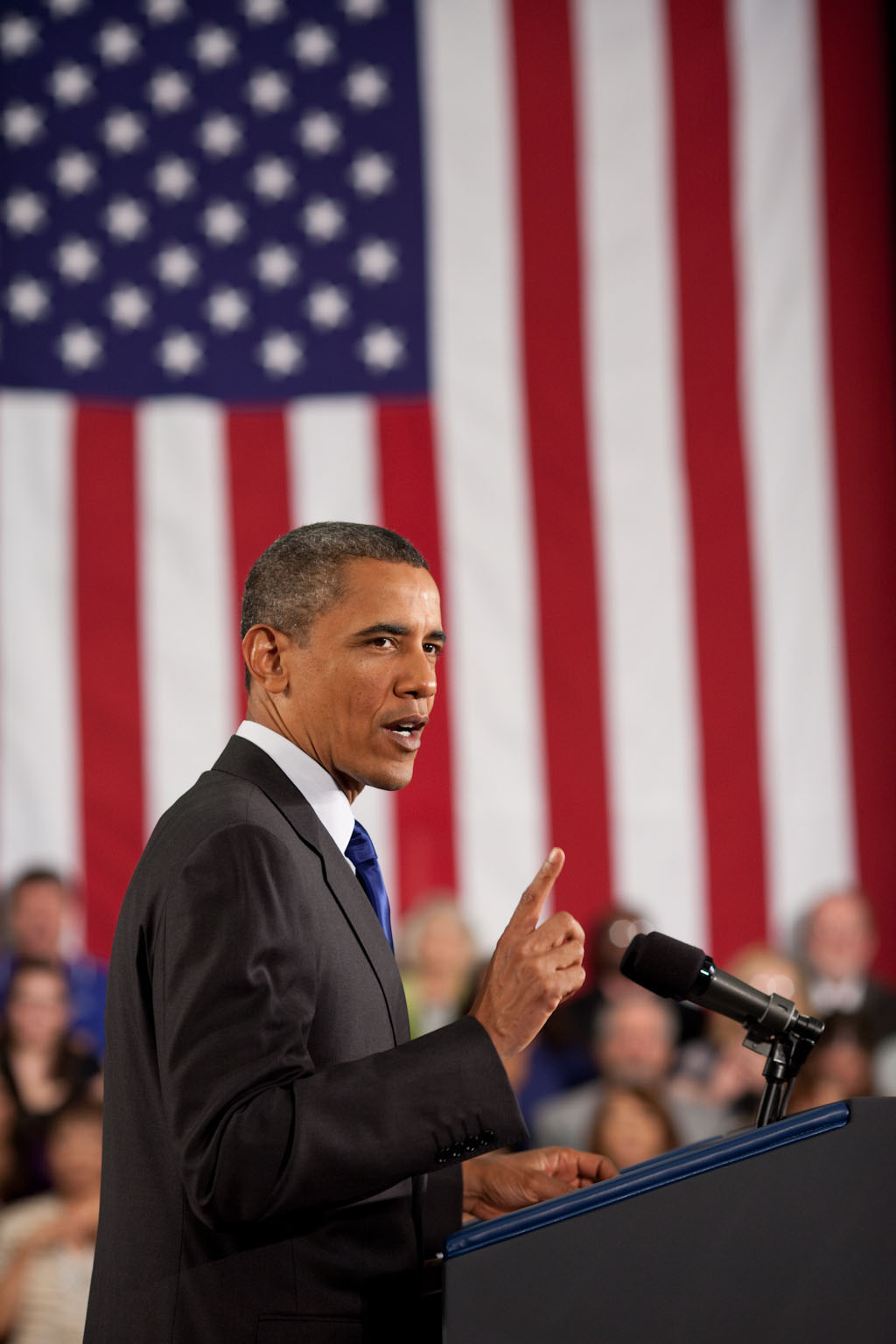 President Barack Obama speaks about the economy at the University of Nevada, Las Vegas, during a visit to Las Vegas, Nevada July 9, 2010. (Official White House Photo by Pete Souza)