"Got a lot of hardworking people here," the President told the fired up crowd at Laborfest in Milwaukee, urging them to calm down and get comfortable. "You deserve to sit down for a day.  You’ve been on your feet all year working hard."

The President spoke about what the Labor movement has meant for America:

It was working men and women who made the 20th century the American century. It was the labor movement that helped secure so much of what we take for granted today.  (Applause.)  The 40-hour work week, the minimum wage, family leave, health insurance, Social Security, Medicare, retirement plans.  The cornerstones of the middle-class security all bear the union label.  (Applause.)

And I know -- I know that there are folks right here in this audience, folks right here in Milwaukee and all across America, who are going through these kinds of struggles.  Eight million Americans lost their jobs in this recession.  And even though we’ve had eight straight months of private sector job growth, the new jobs haven’t been coming fast enough. Now, here’s the honest truth, the plain truth.  There’s no silver bullet.  There’s no quick fix to these problems.  I knew when I was running for office, and I certainly knew by the time I was sworn in, I knew it would take time to reverse the damage of a decade worth of policies that saw too few people being able to climb into the middle class, too many people falling behind.  (Applause.)

We all knew this.  We all knew that it would take more time than any of us want to dig ourselves out of this hole created by this economic crisis. But on this Labor Day, there are two things I want you to know.  Number one:  I am going to keep fighting every single day, every single hour, every single minute, to turn this economy around and put people back to work and renew the American Dream, not just for your family, not just for all our families, but for future generations.  That I can guarantee you. (Applause.)

Number two -- I believe this with every fiber of my being:  America cannot have a strong, growing economy without a strong, growing middle class, and the chance for everybody, no matter how humble their beginnings, to join that middle class -- (applause) -- a middle class built on the idea that if you work hard, if you live up to your responsibilities, then you can get ahead; that you can enjoy some basic guarantees in life.  A good job that pays a good wage. Health care that will be there when you get sick.  (Applause.)  A secure retirement even if you’re not rich.  (Applause.)  An education that will give your children a better life than we had. (Applause.)  These are simple ideas.  These are American ideas. These are union ideas.  That’s what we’re fighting for. (Applause.) 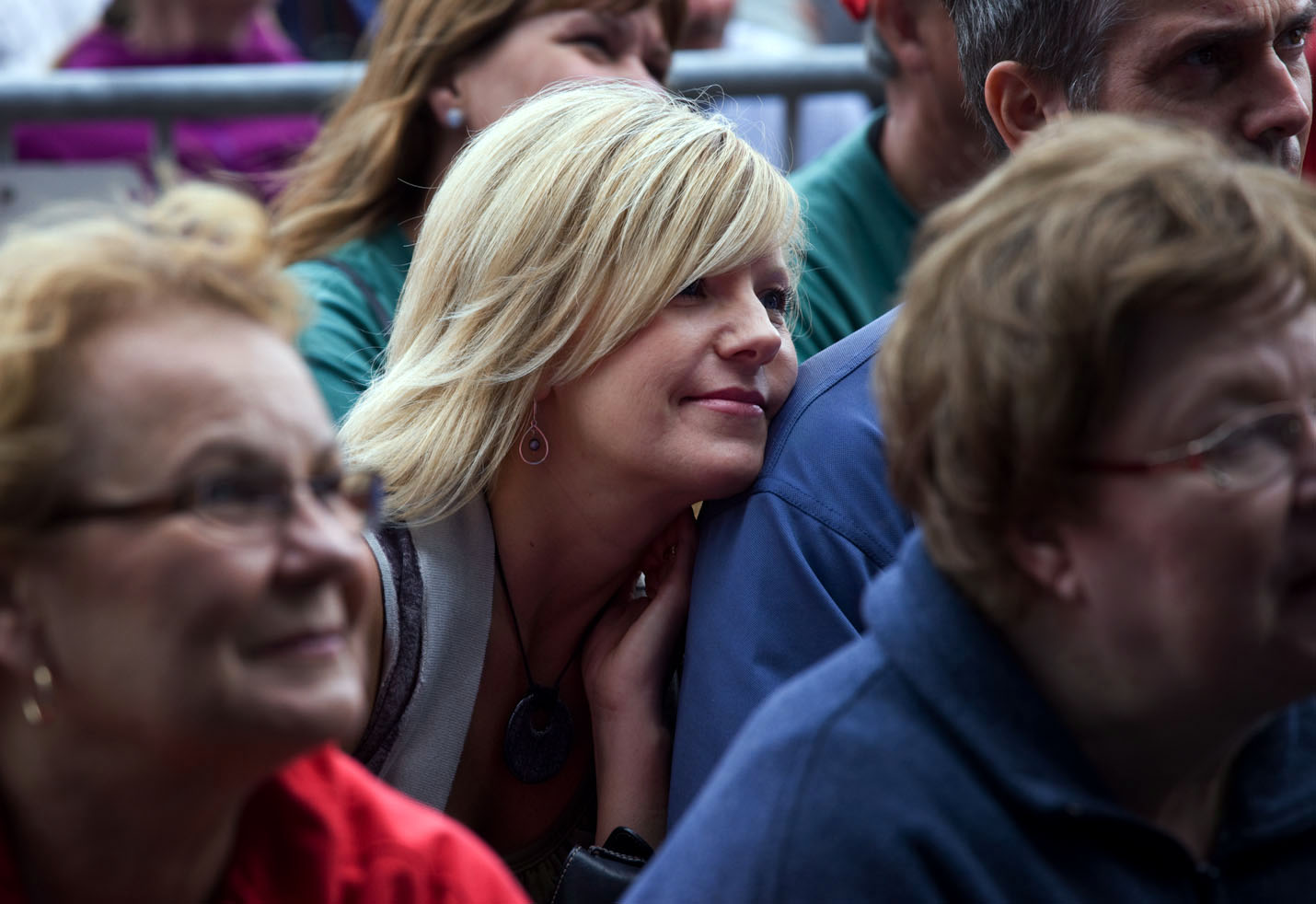 Speaking about his agenda to strengthen the middle class after years of being beaten down -- by health insurance companies, by Wall Street, even by banks making out like bandits on student loans -- the President spoke passionately about what the fight has been like:

He went on to speak about another initiative to create jobs and boost the economy for everybody -- as Jared Bernstein touched on earlier:

It doesn’t do anybody any good when so many hardworking Americans have been idled for months, even years, at a time when there is so much of America that needs rebuilding. 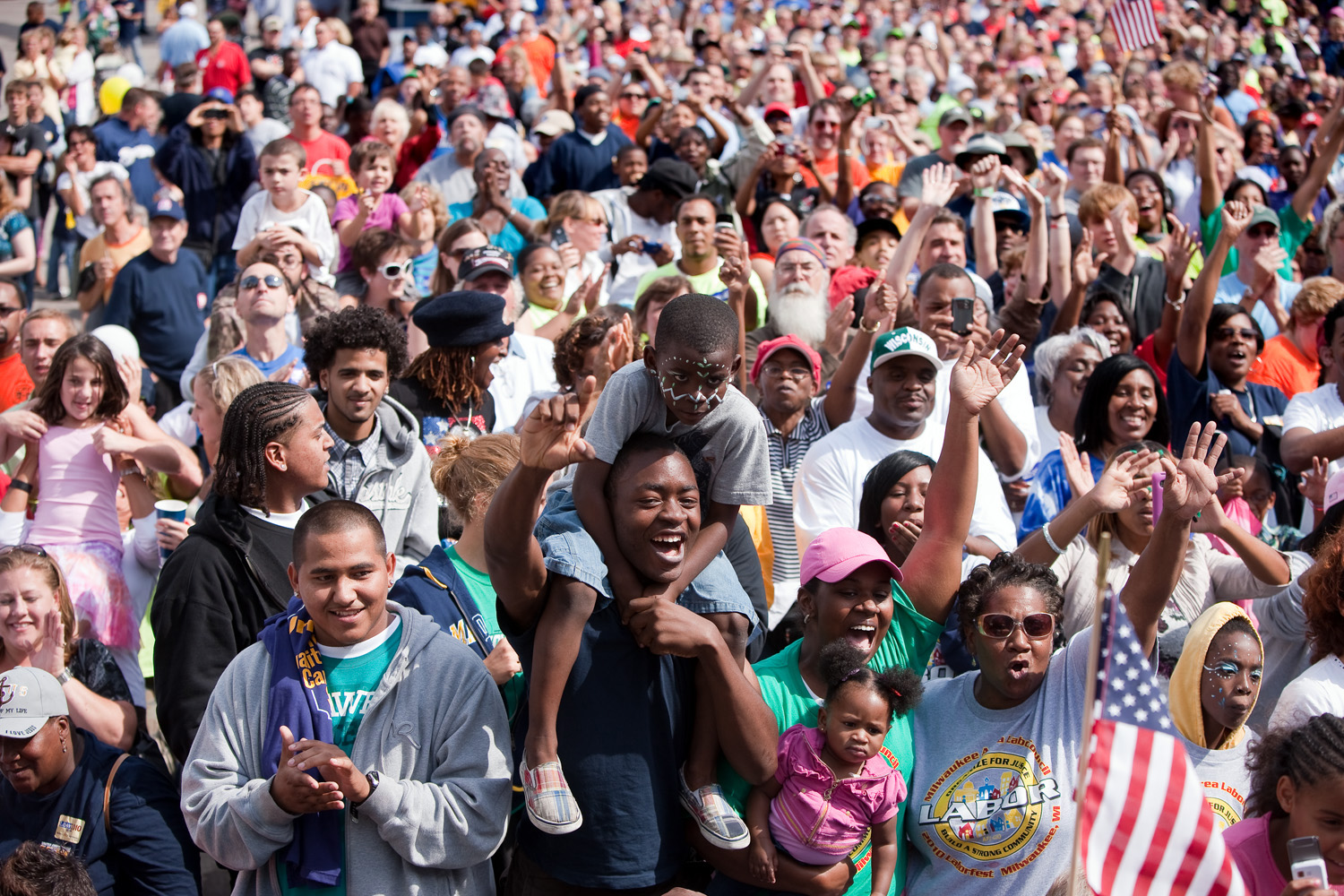 During the last stretch of his remarks, the President had tough words for those who have dug in their heels against anything, includng rebuilding our country, that would help get the economy back on track:

THE PRESIDENT:  ...But there are some folks in Washington who see things differently. (Boos.)  You know what I’m talking about.  (Applause.) When it comes to just about everything we’ve done to strengthen our middle class, to rebuild our economy, almost every Republican in Congress says no.  (Boos.)  Even on things we usually agree on, they say no. If I said the sky was blue, they say no.  (Laughter and applause.) If I said fish live in the sea, they’d say no.  (Laughter.) They just think it’s better to score political points before an election than to solve problems.  So they said no to help for small businesses, even when the small businesses said we desperately need this.  This used to be their key constituency, they said.  They said no.  No to middle-class tax cuts.  They say they’re for tax cuts; I say, okay, let’s give tax cuts to the middle class.  No. (Laughter.)  No to clean energy jobs.  No to making college more affordable.  No to reforming Wall Street.  They’re saying right now, no to cutting more taxes for small business owners and helping them get financing.

THE PRESIDENT:  I mean, I personally think “Yes we can” is more inspiring than “No we can’t.”  (Applause.)  To steal a line from our old friend Ted Kennedy:  What is it about working men and women that they find so offensive?  (Laughter.)

When we passed a bill earlier this summer to help states save jobs -- the jobs of hundreds of thousands of teachers and nurses and police officers and firefighters that were about to be laid off, they said no. (Applause.)  And the Republican who thinks he’s going to take over as Speaker -- (boos) -- I’m just saying that’s his opinion -- (laughter) -- he’s entitled to his opinion.  But when he was asked about this, he dismissed those jobs as “government jobs” that weren’t worth saving.  (Boos.)  That’s what he said, I’m quoting -- “government jobs.” 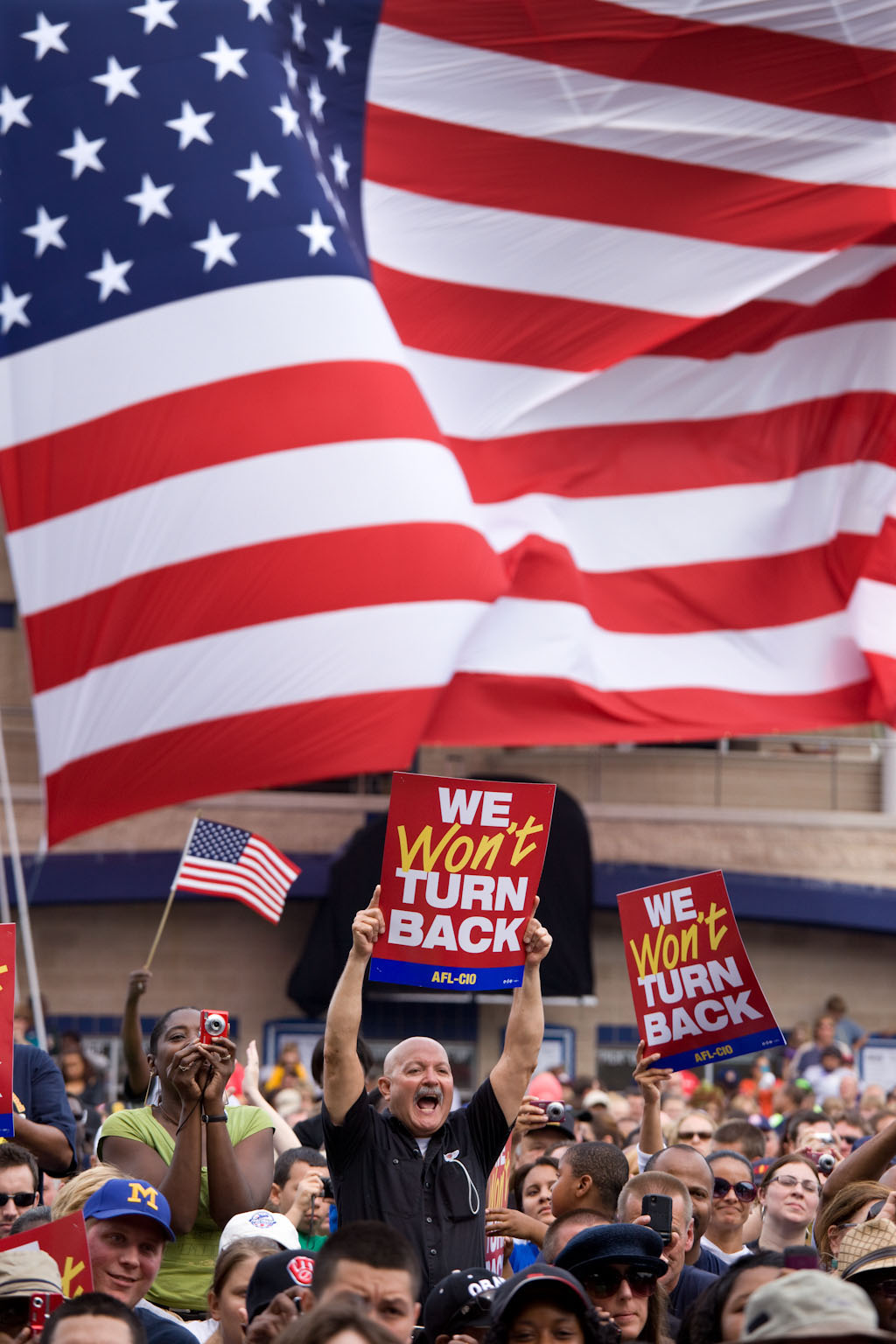