President Obama to Historically Black Colleges and Universities: “You’ve Got a Partner in Me”

This morning, President Obama hosted a reception for Historically Black Colleges and Universities (HBCU’s) at the White House in honor of National HBCU Week. HBCU’s have played a crucial role in the American higher education system.  As President Obama said in his remarks, HBCU’s have “made it possible for millions of people to achieve their dreams and gave so many young people a chance they never thought they’d have -- a chance that nobody else would give them.”

In his remarks President Obama reflected on the history of HBCU’s as well as the critical role they will play in meeting his goal of having the highest proportion of college graduates by 2020:

We cannot reach that goal without HBCUs.  We can’t get there -- (applause) -- we can’t get there unless all of you are improving your graduation rates.  We can’t get there unless all of you are continuing to make the dream of a college education a reality for more students.  We want to help you do that in every way that we can.  Already, we’ve eliminated billions of dollars of unnecessary subsidies to banks and financial institutions so that that money could go directly to your students.  And that is incredibly important.  (Applause.)  And as a consequence of that, we’re making it possible for millions of more students to attend colleges and universities and community colleges all across the country.

We also want to keep strengthening HBCUs, which is why we’re investing $850 million in these institutions over the next 10 years.  (Applause.)  And as I said in February, strengthening your institutions isn’t just a task for our advisory board or for the Department of Education; it’s a job for the entire federal government.  And I expect all agencies to support this mission.

Now, none of this is going to be easy.  I know -- I’m sure you know that.  As leaders of these institutions, you are up against enormous challenges, especially during an economic crisis like the one that we are going through.  But we all have to try. We have to try.  We have to remain determined.  We have to persevere.

That's what the first founders of HBCUs did.  They knew that even if they succeeded, that inequality would persist for a very, very long time.  They knew that the barriers in our laws, the barriers in our hearts would not vanish overnight.  But they also recognized a larger and distinctly American truth, and that is that the right education might one day allow us to overcome barriers, to let every child fulfill their God-given potential.  They recognized, as Frederick Douglass once put it, that education means emancipation.  And they recognized that education is how America and its people might fulfill our promise. 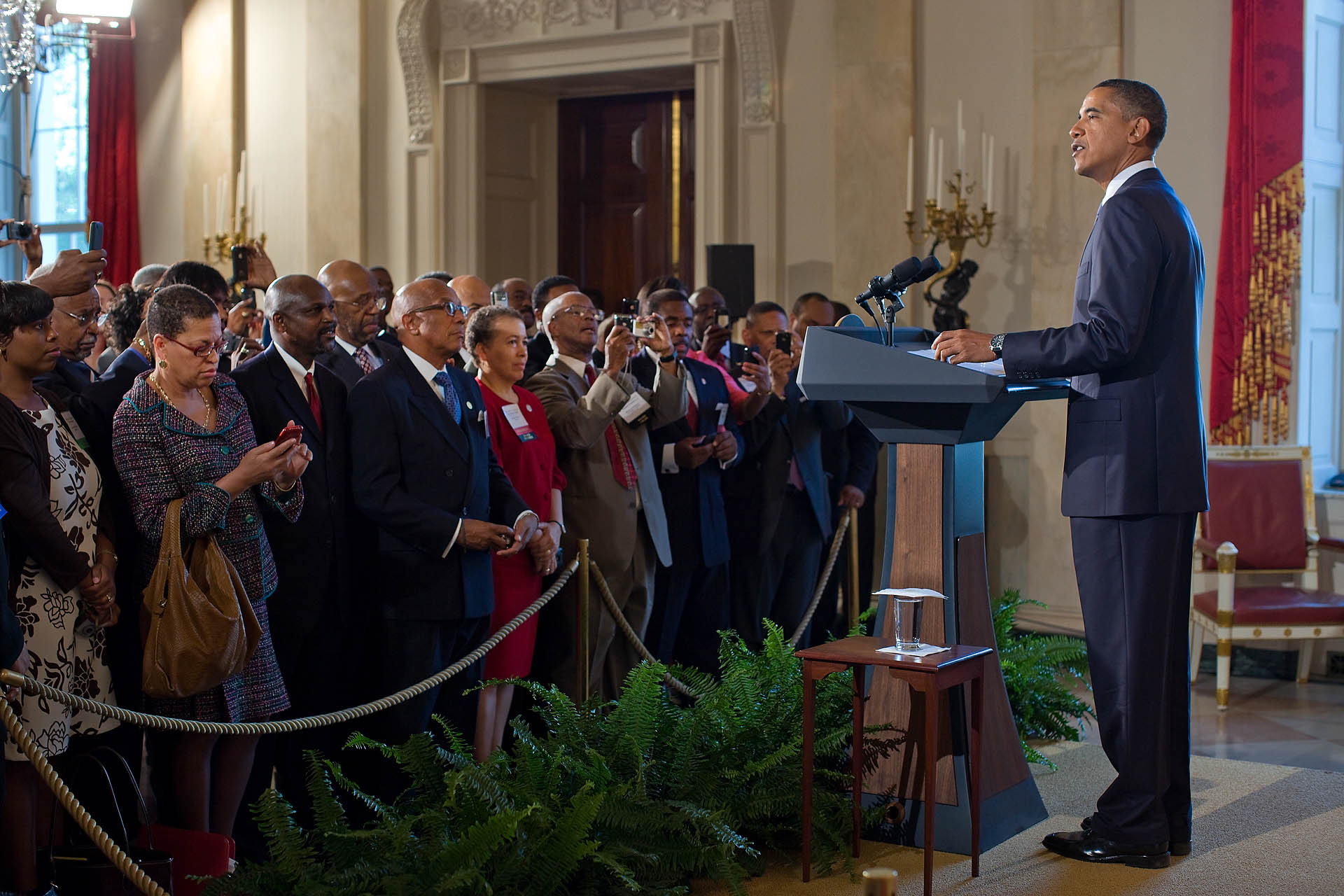