President Obama on Jobs Numbers, Small Business & a Vision for the Future

October 8, 2010 at 3:16 PM ET by Jesse Lee
Twitter Facebook Email
Summary:
Speaking at a family business in Maryland, the President takes a broad perspective on the economy.
[[nid:21901]]

This morning the President took a tour of Ernest Maier Block, a family business in Maryland.  Speaking afterwards, he said, “These are the guys that build serious stuff – concrete blocks, bricks for walls that are thick, difficult to move, and can stop anything in their path – sort of like the way I feel about Congress sometimes.”

That joke was born out of almost 2 years in which the fight has been enormously tough, not only against an economy that was barreling downward when the President came into office, but against a Republican minority that has joined arms to oppose virtually every attempt to get it back on track.  From the Recovery Act, responsible for more than 3 million jobs, to 16 small business tax cuts, to keeping teachers and firefighters on the job – even the most common sense measures have been fought tooth and nail.

In his remarks, the President made clear that he was still in the fight every day to boost our economic recovery, and to overcome the intransigence of those blocking solutions.  He reiterated what CEA Chair Austan Goolsbee spelled out earlier– that while there’s a lot of work left to do to get Americans back to work, nine straight months of positive private sector job growth is a far cry from the hemorrhaging that was taking place when he came into office. 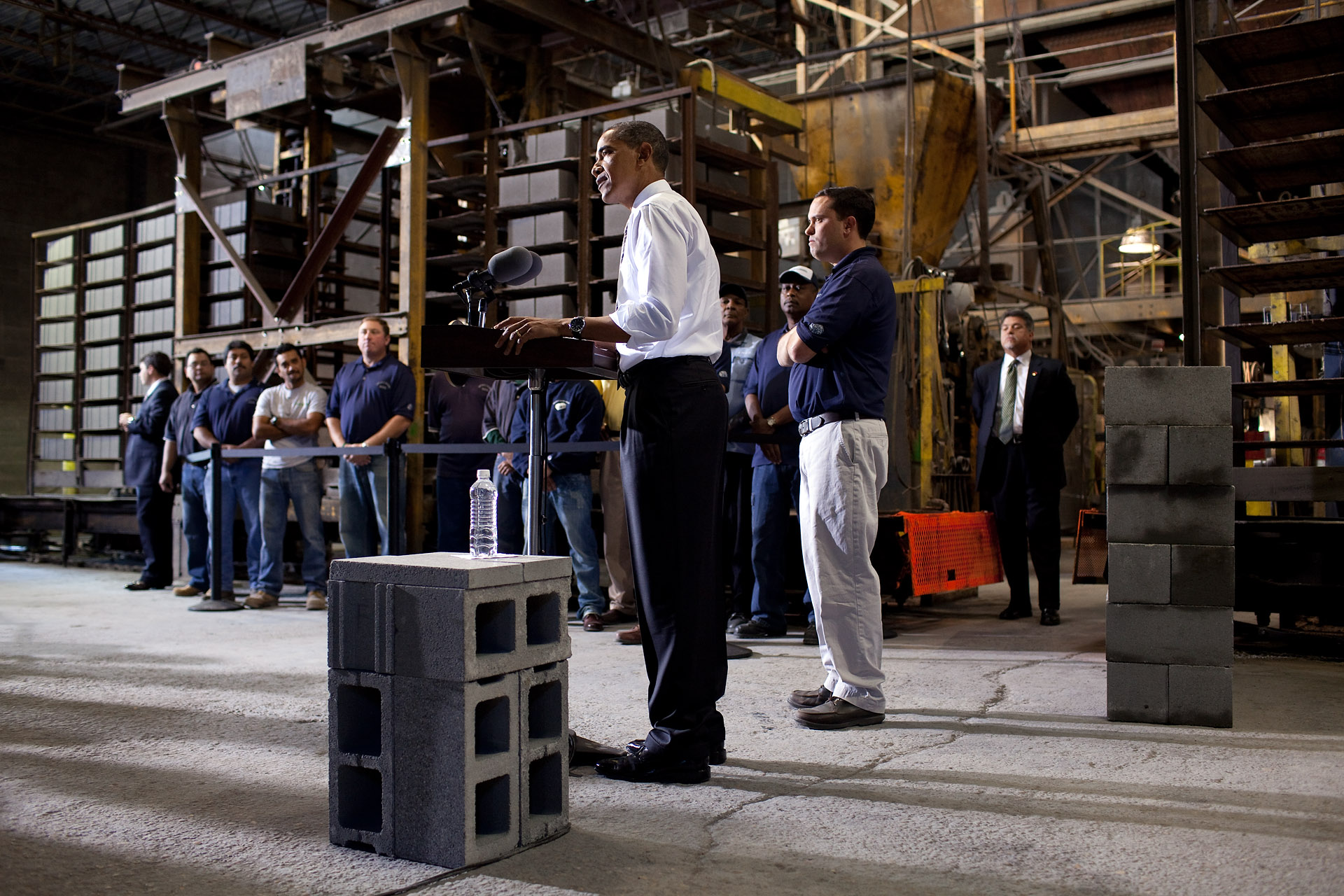 But the President also spent a lot of time looking to the future:

Putting the American people back to work, expanding opportunity, rebuilding the economic security of the middle class is the moral and national challenge of our time.  It is too important to fall prey to pure partisanship or blind ideology.  This bill’s rapid results prove that when we work together, we can get a lot done.  And that’s what the great debate we’re having today is all about.

I believe that instead of extending tax loopholes that encourage investments in overseas jobs, we should permanently extend the tax credit that goes to companies for all the research and innovation they do right here in America.

I believe that instead of borrowing another $700 billion we don’t have to give tax cuts to the wealthiest 2 percent of Americans who don’t need them, we should permanently extend the tax cuts for middle-class families.  They’re the folks who saw their wages and incomes flat-line over the past decade, and they’re the ones who deserve a break.

And I believe that instead of sitting still, we should invest in rebuilding America’s roads and railways and runways. Too many American workers have been out of work for months, even years –- and that doesn’t do anybody any good when there is so much of America to rebuild.  Our infrastructure is falling far behind what the rest of the world is doing, and upgrading it is vital to our economy and our future competitiveness.  This is a project worthy of America’s efforts.  It’s something that engineers, economists, governors and mayors of every political stripe support, and many of them issued a sobering report about this challenge last week.  And on Monday, I will be meeting with some of them at the White House to discuss how we can put Americans to work doing what they do best –- building America.

As I’ve said many times before, it took us a long time to get out of where we are right now.  And the damage left by this recession is so deep that it’s going to take a long time to get out.  It will take determination, persistence, and, most importantly, the will to act -– all elements that the American people have in abundance.  And if we summon that spirit now, if we keep moving forward, I’m absolutely convinced that we will rebuild our economy, we will put our people back to work, and we’ll come through these tough days to better and brighter days ahead.