Working to Broaden and Deepen Our Online Engagement

On Monday, the White House hosted its first African American Online Summit, which brought together a group of programming leaders from the African American online media world for an in-depth briefing and discussion about how the Administration is approaching important issues such as jobs, the economy, health care, education, community investment, civil rights and civil liberties, and the First Lady's Let's Move! initiative. 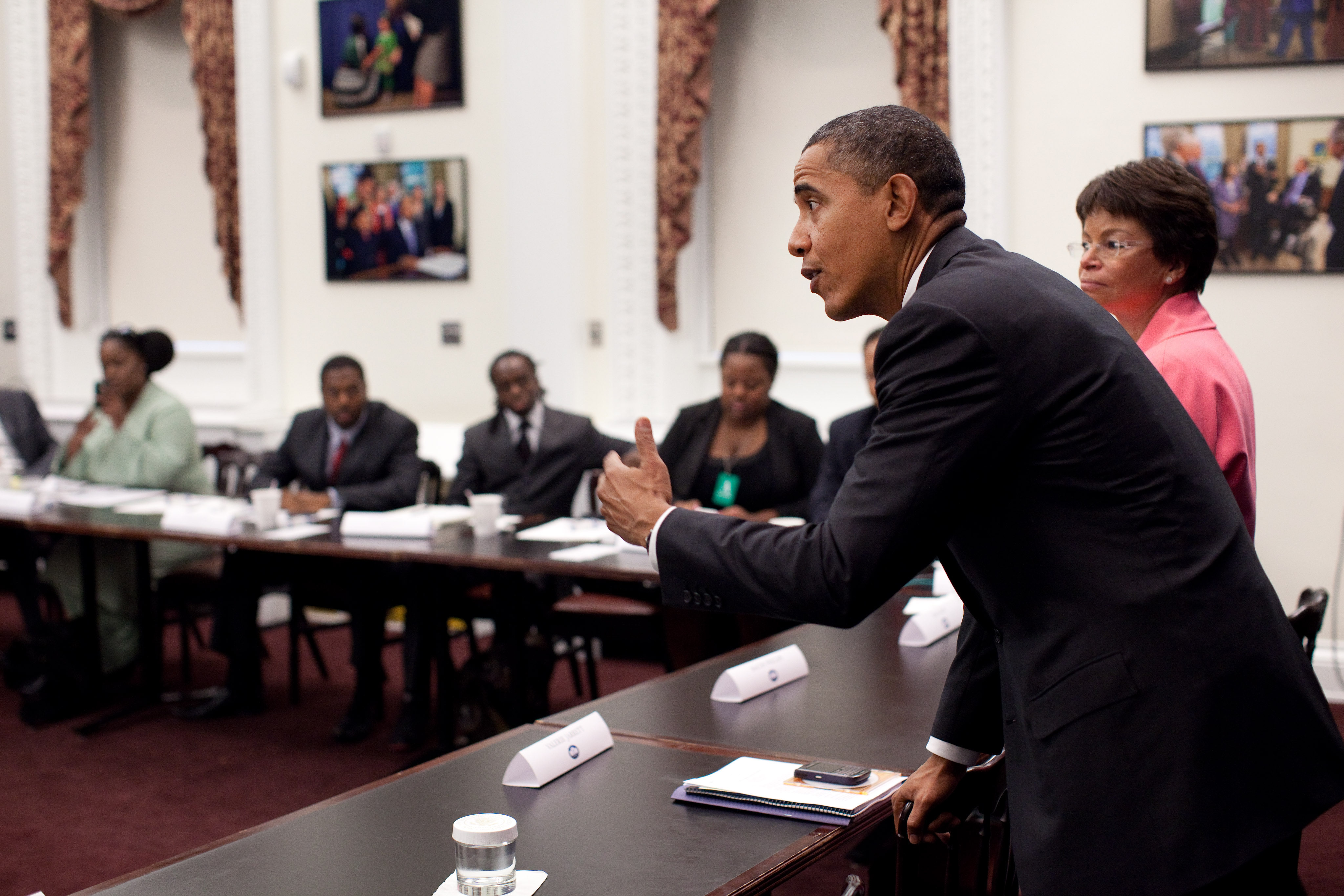 The morning was spent with a series of policy briefings on everything from health care reform to the economy. After everyone had a chance to ask questions about specific issues, President Obama was able to drop by for a few minutes to welcome everyone and his senior advisor, Valerie Jarrett, was able to stick around to kick off a wide-ranging discussion about how we could work together to engage their audiences.

As we agreed in the meeting, this is the beginning of an on-going conversation between our office and their operations with the goal of most effectively engaging their audiences.

And it’s also one of many efforts we are making to creatively engage with various stakeholder communities that are online.  Take, for example, small business owners who recently participated in an online Q&A or the Latino groups who facilitated an online discussion about health care reform around the launch of http://www.cuidadodesalud.gov.

And this is just the tip of the iceberg – we’re looking forward to more meetings like the one today and based on the energy and enthusiasm in the room that’s only a matter of time.

So stay tuned for more updates about collaborations with other sites and in the interim, if you have ideas on how we can work together, head on over to our Facebook page to offer your thoughts.

Here’s a list of everyone who attended today’s session (and thanks to all of you for taking the time to make it!):

Deputy Director for the Office of Digital Strategy