The President in Maryland: "We Have to Do More to Accelerate This Recovery"

October 29, 2010 at 1:47 PM ET by Jesse Lee
Twitter Facebook Email
Summary:
The President discusses the latest GDP figures and his proposal to allow businesses and investors to deduct immediately the full cost of most investments will help them expand and hire.
[[nid:22580]]

As CEA Chair Austan Goolsbee explained this morning, the Gross National Product (GDP) – a key measurement of our economic growth – grew at a 2.0% annual rate over the last three months.  It marked the fifth straight quarter of positive growth.  But as he also said, “Given the depth and severity of the recession, considerable work remains before our economy is fully recovered” – in other words, we’re climbing out of the hole, but it’s deep, and we need to be able to climb faster.

That’s why the President has already put forth a series of proposals that have a proven record of creating jobs and have traditionally had bipartisan support, from rebuilding our infrastructure, to promoting investment, to boosting the clean energy economy.

This morning the President was focused on his proposal to allow businesses and investors to deduct immediately the full cost of most investments will help them expand and hire.  A report from the Treasury Department this morning showed that the proposal would accelerate $150 billion in tax cuts to 2 million businesses, lower the average cost of capital for business investment by more than 75%, and produce about $50 billion in new investment. 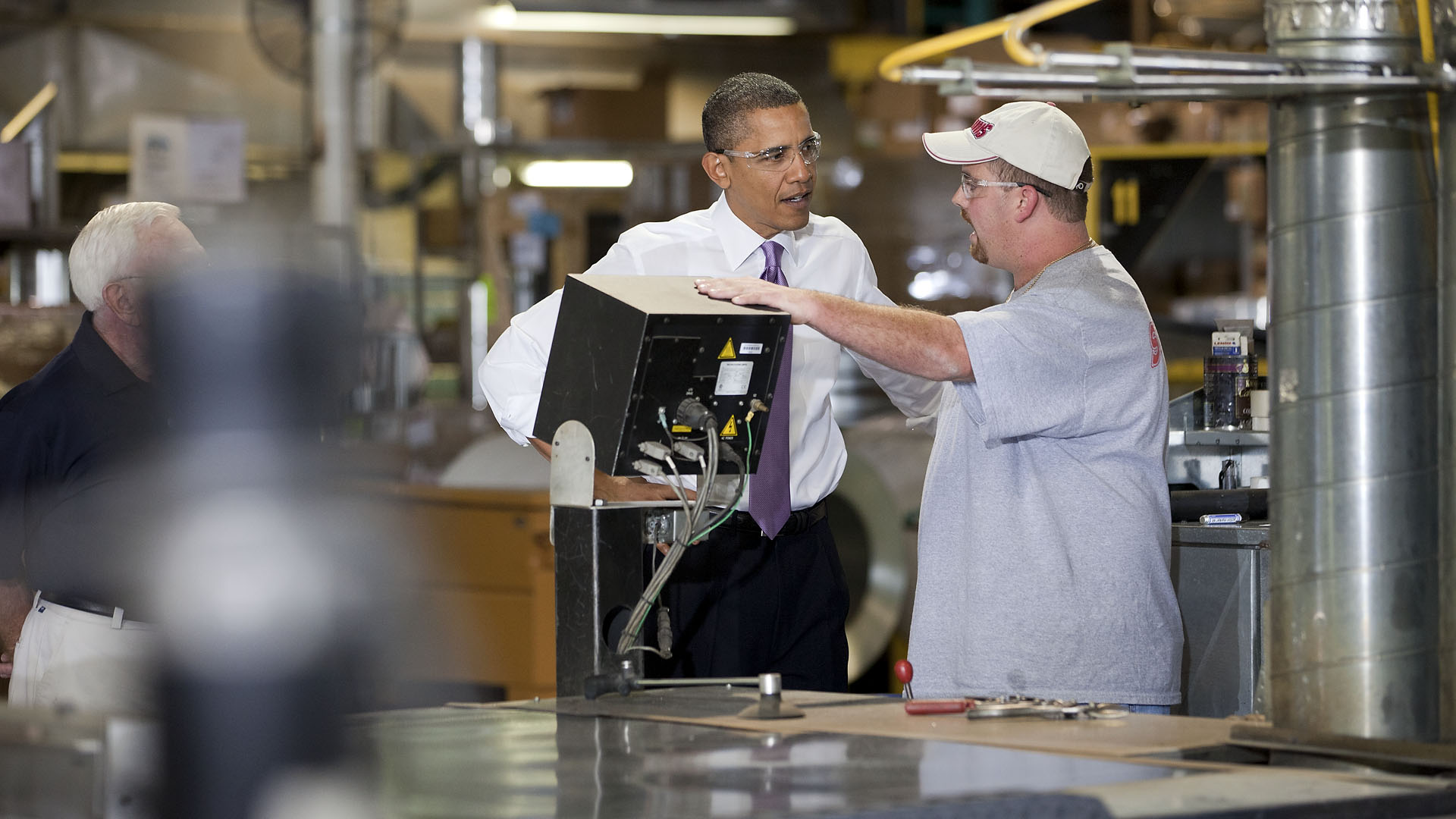 The President met with employees at Stromberg Sheet Metal in Beltsville Maryland, and speaking afterwards described his conversation with CEO Robert Gawne:

And I was talking to Bob and he says he’s got to buy a new piece of equipment for this plant basically every year.  The reason this company is able to compete against low-wage countries, against non-union workforces, is because it’s got better equipment and it’s got more skilled, better workers.  That’s the reason that it’s succeeding.  (Applause.)

So what I want to do to accelerate this recovery is to allow businesses of all sizes to immediately deduct the entire cost of these investments -- 100 percent -- all next year, through the end of 2011.  And that means that business owners like Bob who decide to upgrade their plants, upgrade their equipment -- that means that they are able to write off immediately that depreciation in one year.  And that means that they're going to have additional money to invest in workers and in other plants and equipment.

So let’s just take the example of Stromberg.  Let’s say that a similar business is thinking about buying $1 million worth of additional shop equipment next year.  Typically, the business might only be able to deduct the value of that new equipment over the course of several years.  Under this proposal, a business like this one would be able to deduct all $1 million next year.  That accelerates hundreds of thousands of dollars in tax cuts -- real money that business can use to expand or hire new workers.

Now, this is not a shot in the dark.  This is a proposal that works.  A new report from the Treasury Department estimates that it will accelerate $150 billion in tax cuts for 2 million businesses, large and small, around the country.

It would temporarily lower the average cost of investment by more than 75 percent for companies like Stromberg, creating a powerful new incentive for businesses to invest more right now -- perhaps about $50 billion -- which will generate more jobs and more growth.

So this is a good idea.  It’s a proven idea.  It’s an idea that will allow more equipment to be purchased and eventually more folks to be hired.  And it will put a dent in the jobless rate that we’ve got to keep on working on because it’s way too high right now.

And, look, I know we’re at the height of political season.  I just had my guy show me a little button showing that he had already voted -- early voted.  So I hope everybody else is using that as an example.  But it is political season.  Political season is going to be over soon.  And when it does, all of us are going to have a responsibility, Democrats and Republicans, to work together wherever we can to promote jobs and growth.