November 5, 2010 at 11:48 AM ET by Jesse Lee
Twitter Facebook Email
Summary:
The President speaks on what the latest unemployment figures mean for America's recovery, and urges both parties to come together quickly to take further steps.
[[nid:22739]]

The President began his remarks this morning by explaining the challenge America faces, and what the latest employment numbers mean: “We are in the middle of a tough fight to get our economy growing faster, so that businesses across our country can open and expand, so that people can find good jobs, and so that we can repair the terrible damage that was done by the worst recession in our lifetimes.  Today we received some encouraging news.”

As Austan Goolsbee, Chairman of the Council of Economic Advisers, explained this morning, we gained 159,000 private sector jobs this month, bringing the total number of private jobs gained since the beginning of the year to 1.1 million.  You can see a chart of private sector losses and gains over the last few years below, or in full size here.

The President spent most of his time speaking on what comes next, and how both parties need to work together immediately to take action and accelerate our recovery and offset the job losses of the past few years:

Because the fact is an encouraging jobs report doesn’t make a difference if you’re still one of the millions of people who are looking for work.  And I won’t be satisfied until everybody who is looking for a job can find one.  So we’ve got to keep fighting for every job, for every new business, for every opportunity to get this economy moving.  And just as we passed a small business jobs bill based on ideas from both parties and the private sector, I am open to any idea, any proposal, any way we can get the economy growing faster so that people who need work can find it faster.

This includes tax breaks for small businesses, like deferring taxes on new equipment, so that they’ve got an incentive to expand and hire, as well as tax cuts to make it cheaper for entrepreneurs to start companies.  This includes building new infrastructure, from high-speed trains to high-speed Internet, so that our economy can run faster and smarter.  It includes promoting research and innovation, and creating incentives in growth sectors like the clean energy economy.  And it certainly includes keeping tax rates low for middle-class families and extending unemployment benefits to help those hardest hit by the downturn while generating more demand in the economy.

It’s also absolutely clear that one of the keys to creating jobs is to open markets to American goods made by American workers.  Our prosperity depends not just on consuming things, but also on being the maker of things.  In fact, for every $1 billion we increase in exports, thousands of jobs are supported here at home.  And that’s why I’ve set a goal of doubling America’s exports over the next five years.  And that’s why on the trip that I’m about to take, I’m going to be talking about opening up additional markets in places like India, so that American businesses can sell more products abroad in order to create more jobs here at home.

And this is a reminder as well that the most important competition we face in this new century will not be between Democrats and Republicans.  It’s the competition with countries around the world to lead the global economy. And our success or failure in this race will depend on whether we can come together as a nation.  Our future depends on putting politics aside to solve problems, to worry about the next generation instead of the next election.

We can’t spend the next two years mired in gridlock.  Other countries, like China, aren’t standing still.  So we can’t stand still either.  We’ve got to move forward.

I’m confident that if we can do that, if we can work together, then this country will not only recover, but it will prosper.  And I’m looking very much forward to helping to pry some markets open, help American businesses, and put people back to work here at home during the course of this trip. 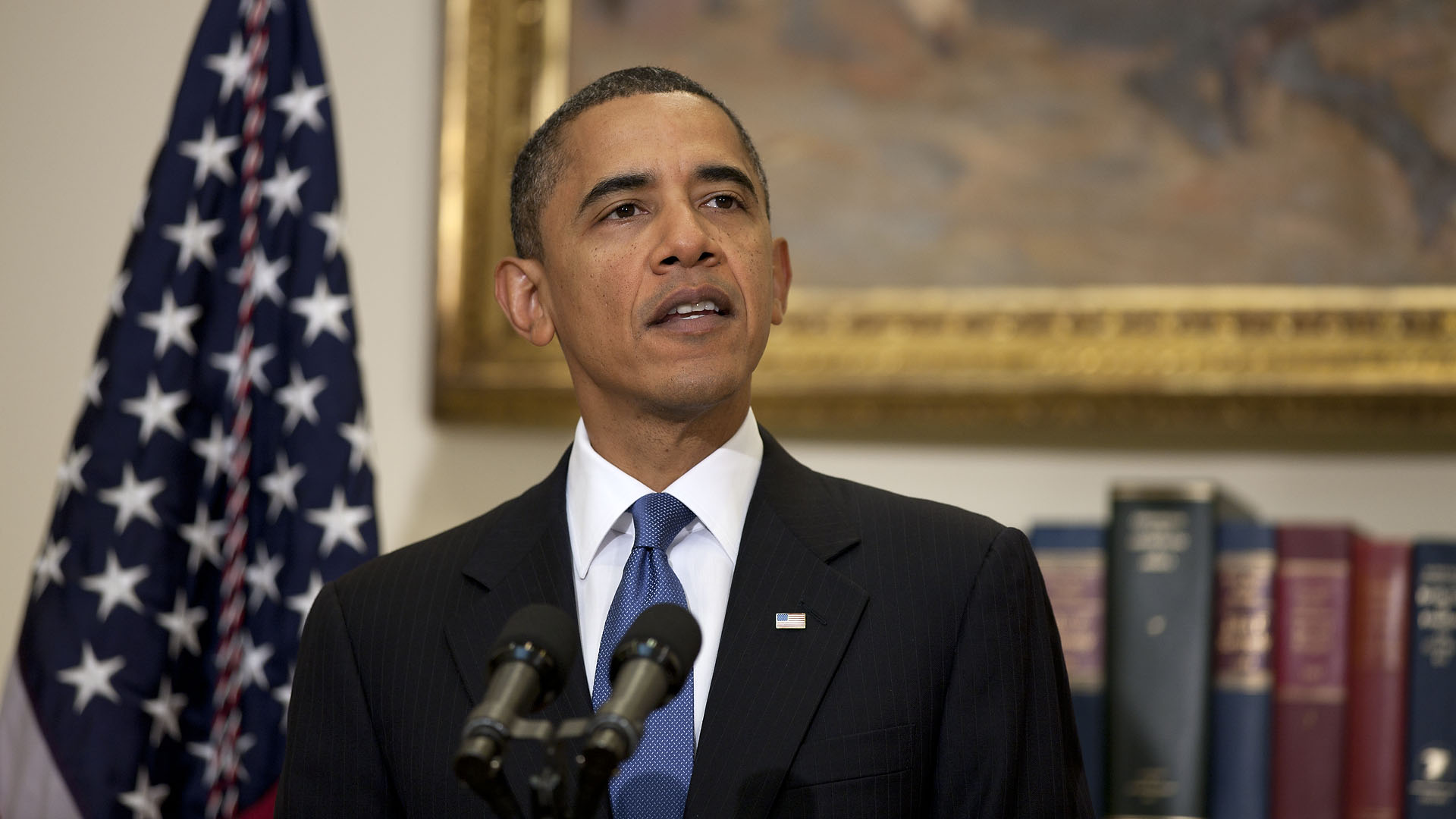 President Barack Obama gives remarks about the monthly jobs numbers during a statement to the press in the Roosevelt Room of the White House, November 5, 2010. (Official White House Photo by Lawrence Jackson)