Quote: “Some people ask whether America’s best days lie ahead or whether our greatness stretches back behind us in the stories of those who’ve gone before. And when I look out at all of you, I know the answer to that.  You give me hope. You give me inspiration. Your resolve shows that Americans will never succumb to fear.  Your selfless service shows who we are, who we always will be -- united as one people and united as one nation -- for you embody and stand up for the values that make us what we are as a people,” said President Obama to the troops at Bagram Air Base during a surprise visit to Afghanistan. 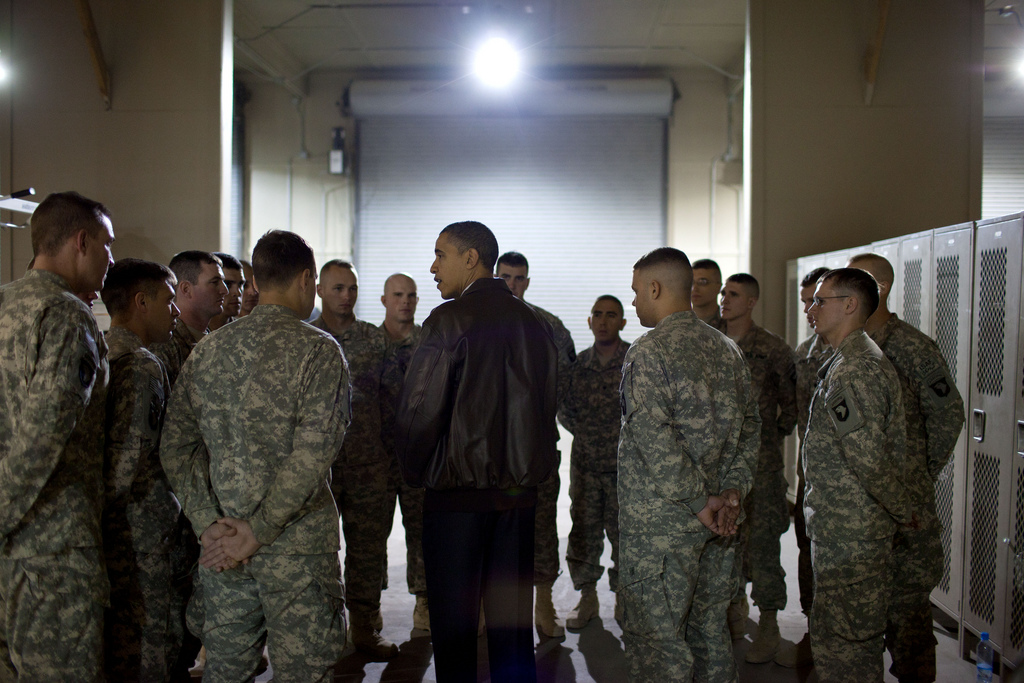 President Barack Obama visits with a platoon of U.S. troops at Bagram Air Field in Afghanistan that recently lost six members, Dec. 3, 2010. The President made an overnight trip to visit troops in Afghanistan. (Official White House Photo by Pete Souza)

Reasons to DREAM:  Here are 10 reasons why Congress needs to pass the DREAM Act.

“A New Dialogue”:  The President is optimistic tone following a meeting with bipartisan Congressional leaders. Watch the video.

2 Million: The number of Americans who lost their unemployment insurance when it expired this week. A reality that the President called, “A potential tragedy for those individual families,” if the program is not extended.

Your Voice at the UN: Ambassador Rice wants the world’s decision-makers to hear what issues matter to you. Find out how you can shape the debate at the next Security Council meeting.

DADT: The President asks Congress to repeal Don’t Ask, Don’t Tell. Read his statement on the DOD report, plus a round-up of newspaper editorials supporting the repeal of DADT.

“The People’s House”: First Lady Michelle Obama kicks off the holiday season by welcoming military families to the White House to preview the holiday decorations. Watch the video.

Hanukkah, Oh Hanukkah: President Obama, Vice President Biden and the First Lady celebrate the 2nd night of Hanukkah with friends and leaders from the Jewish community. Watch the video.

@PressSec: Press Secretary Robert Gibbs answers your questions from Twitter in another installment of First Question.

A New START:  President Obama and General Colin Powell push for the ratification of the New START nuclear treaty with Russia. Watch the video.