December 10, 2010 at 6:31 PM ET by Kori Schulman
Twitter Facebook Email
Summary:
A quick look at the week of December 13, 2010.
A quick look at the week of December 13, 2010:
Framework on Tax Cuts: Austan Goolsbee’s breaks it down on the White Board, a chart on wins for working families and more information on how this bipartisan agreement delivers key victories that will give the average American family assurance that there will be more money to pay the bills each month. Learn more about the framework on tax cuts, unemployment insurance and jobs.
DREAM: "Now is the time to press on with our full support for the DREAM Act. We’re closer than we’ve ever been and we’re not giving up," Secretary of Education Arne Duncan. Read the post.

Notable Number: $2,500. Learn more about how the President saved more than 8 million students that much in tuition costs.

New Photos: 1 of 80 new behind-the-scenes shots from the month November, thanks to the White House Photo Office. 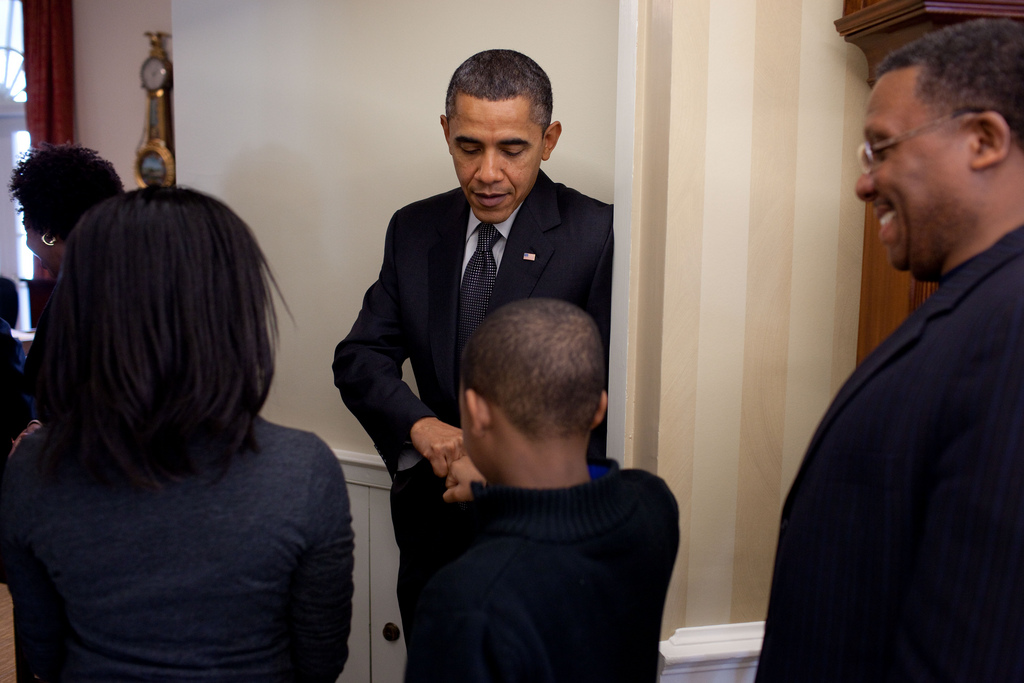 A Symbol of Hope: The menorah used at the White House Hanukkah ceremony -- on loan from a congregation in New Orleans -- is one of very few items from the congregation that survived the devastation of Katrina. Watch a short video.

Tuesday Talks: This week featured a panel on the Open Government Directive, which requires federal agencies to take steps to achieve key milestones in transparency, participation, and collaboration. Watch the video. Next week, join us for a talk on the White House Fellows Program.

“A Good Deal for the American People”: President Obama holds a press conference about the tax cut compromise framework. Watch the video.

Let There Be Light: The First Family lights the National Christmas Tree with a little help from B.B. King, Sara Bareilles, Common, Maroon 5 and more. Watch the video.

Treasury 2.0: The Department of Treasury launches a new website with data visualizations, FAST search technology and a blog. Take a look at the new website.

“Our Generation’s Sputnik Moment”:  While visiting Forsyth Technical Community College in Winston-Salem, North Carolina, President Obama speaks about his vision and his specific proposals for strengthening the economy.

Inside the Cabinet: President Obama holds a Cabinet meeting, get a glimpse inside the meeting with these behind-the-scenes photos.