February 15, 2011 at 4:16 PM ET by Nikki Sutton
Twitter Facebook Email
Summary:
President Obama holds a news conference on the 2012 budget and explains how the federal government, like American families, must live within its means while still investing in the future.
[[nid:26258]]

Yesterday, President Obama traveled to Parkville Middle School and Center for Technology to unveil his budget proposal for 2012 and explain some of the tough choices we have to make so we can afford to invest in our future. During a news conference today, the President spoke about how the federal government, like American families, must consider all areas of the budget in order to live within its means while still investing in the future:

Q    Thank you, Mr. President.  Your budget relies on revenue from tax increases to multinational corporations that ship jobs overseas and on increases on the oil and gas industry. You’ve been calling on this for years.  And if you couldn’t get it through a Democratic Congress, why do you think you’ll be able to get it through now?  And also doesn’t it blunt your push for deficit-neutral corporate tax reform?

And the two examples you cite I think most economists would look at and they’d say these aren’t contributing to our long-term economic growth.  And if they're not, why are we letting some folks pay lower taxes than other folks who are creating jobs here in the United States and are investing?  Why are we not investing in the energy sources of the future, just the ones in the past, particularly if the energy sources of the past are highly profitable right now and don't need a tax break?

So I think what may have changed is if we are going to get serious about deficit reduction and debt reduction, then we’ve got to look at all the sources of deficit and debt.  We can’t be just trying to pick and choose and getting 100 percent of our way.

The same is true, by the way, for Democrats.  I mean, there are some provisions in this budget that are hard for me to take. You’ve got cities around the country and states around the country that are having a tremendously difficult time trying to balance their own budgets because of fallen revenue.  They’ve got greater demands because folks have lost their jobs; the housing market is still in a tough way in a lot of these places.  And yet part of what this budget says is we’re going to reduce Community Development Block Grants by 10 percent.  That’s not something I'd like to do.  But -- and if it had come up a year ago or two years ago, I would have said no.  Under these new circumstances, I'm saying yes to that.  And so my expectation is, is that everybody is going to have to make those same sorts of compromises.

Now, with respect to corporate tax reform, the whole concept of corporate tax reform is to simplify, eliminate loopholes, treat everybody fairly.  That is entirely consistent with saying, for example, that we shouldn’t provide special treatment to the oil industry when they’ve been making huge profits and can afford to further invest in their companies without special tax breaks that are different from what somebody else gets. 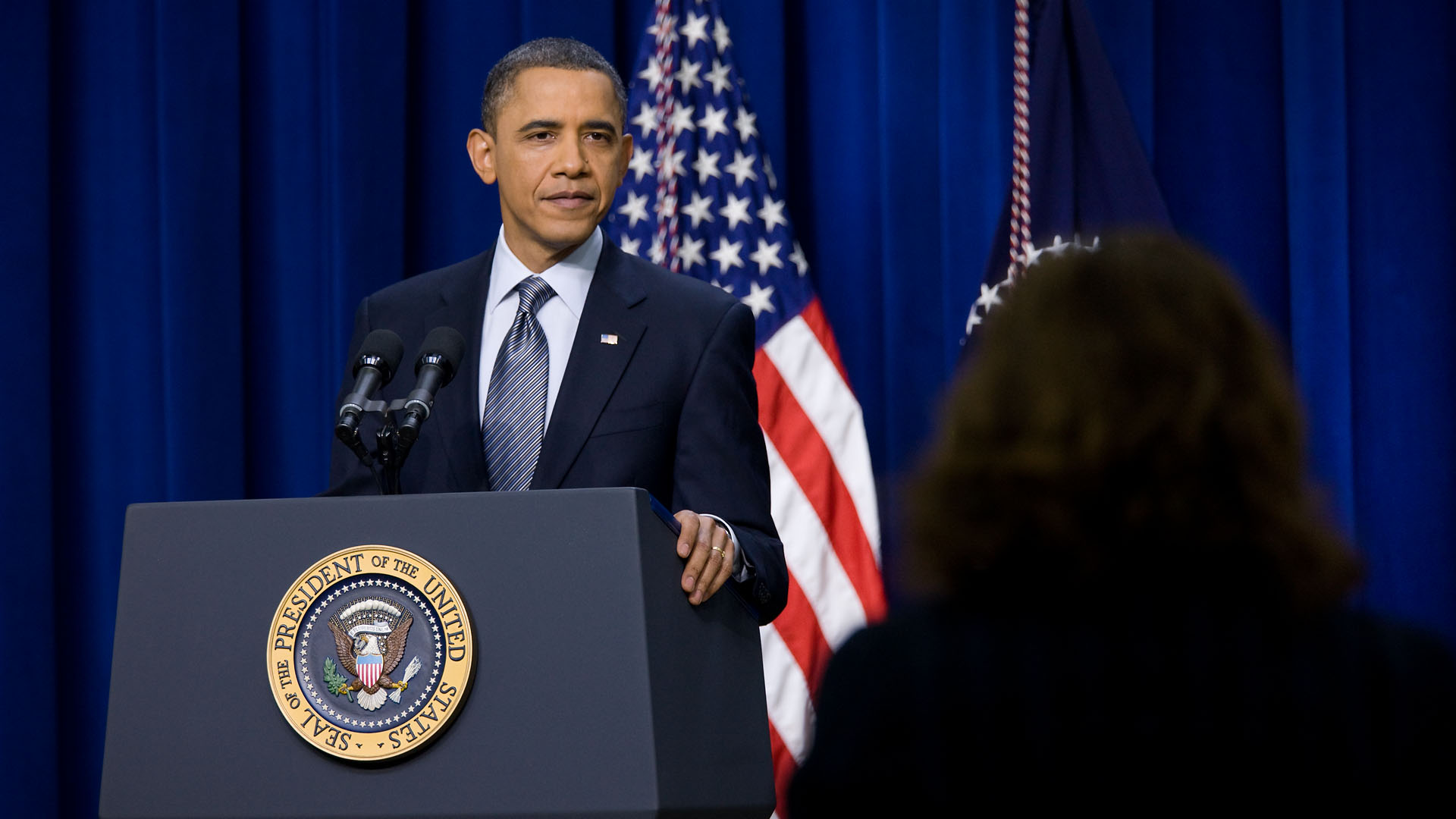 President Barack Obama listens to a question during a press conference in the South Court Auditorium of the White House, Feb. 15, 2011. (Official White House Photo by Lawrence Jackson) 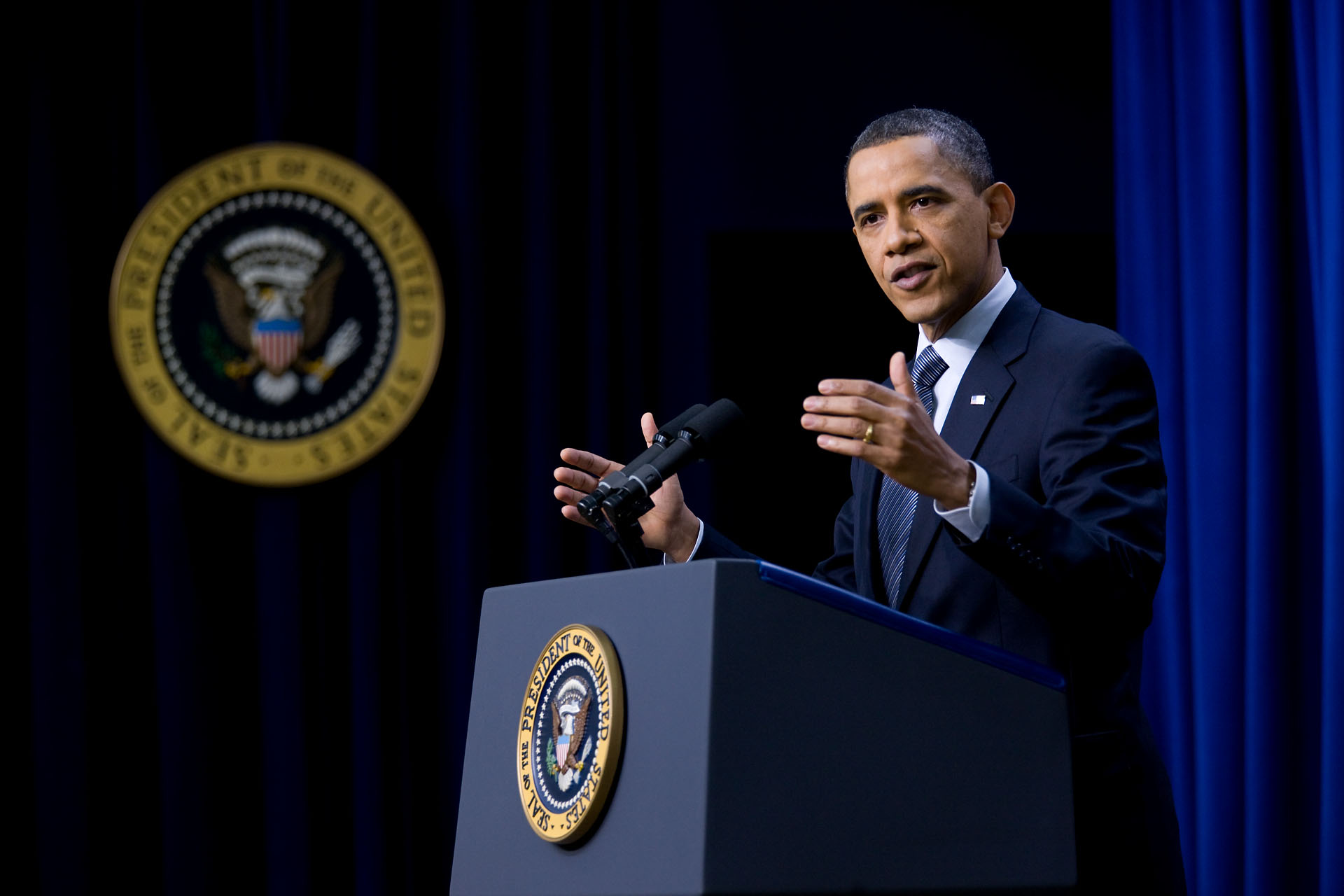 President Barack Obama answers questions from the media during a press conference in the South Court Auditorium of the White House, Feb. 15, 2011. (Official White House Photo by Lawrence Jackson)