April 21, 2011 at 5:55 PM ET by Jesse Lee
Twitter Facebook Email
Summary:
In his third of three town halls this week on getting our deficits under control through responsibility for shared prosperity, the President spoke at ElectraTherm in Reno, Nevada, a small renewable energy company. 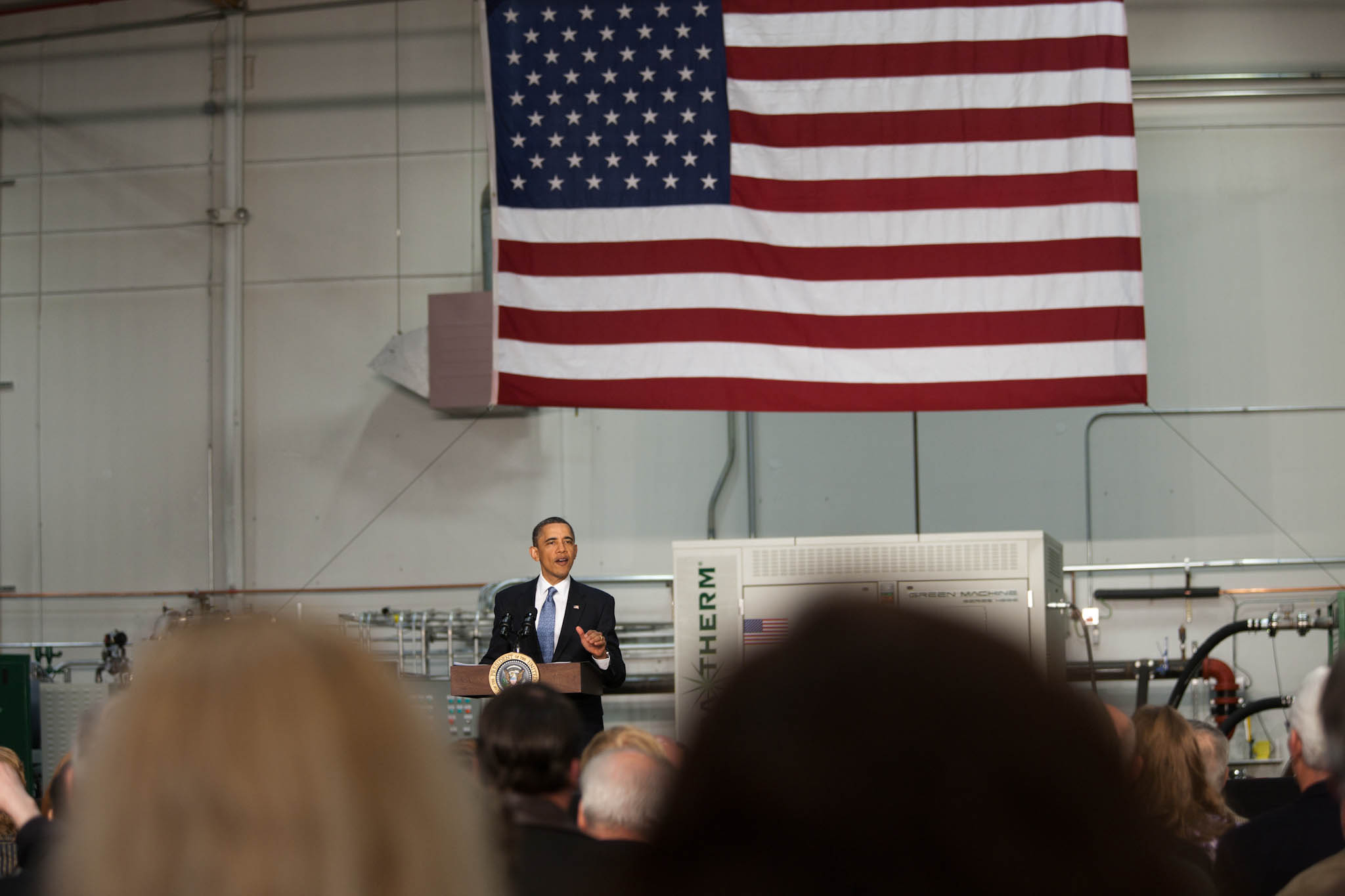 In his third of three town halls this week on getting our deficits under control through shared responsibility for shared prosperity, the President spoke at ElectraTherm in Reno, Nevada, a small renewable energy company.  There have been a lot of differences in the two approaches to our fiscal future, and at each stop he has focused on one in particular in the context of the bigger picture.  When he spoke at a community college on Tuesday, he touched on the need to continue investments in education; at Facebook HQ on Wednesday he talked about promoting innovation; and today he talked about the need to continue supporting clean energy.

But as he said, while the biggest thing we can do to avoid having our kids go through the same endless cycle of gas prices bouncing up and down is to create a clean energy economy here at home, there are also some important steps he's taking right now to curb the strain on families:

It hurts because you know every time you go to work a big chunk of your paycheck is being eaten up.  And you might already be having trouble making ends meet at the end of the month.  So this gas issue is serious.  But here’s the problem -- every time it happens, every time gas prices go up like this, like clockwork, suddenly politicians look around and they discover high gas prices.  And they’re shocked, and they get in front of TV and they say, we’ve got a three-point plan to bring gas down to two bucks a gallon.  And then when gas prices go down, nothing ever happens, and we’re back into the same old patterns, and we don’t have a comprehensive energy strategy for the future.

Now, there are some things that we can do right now.  Last month I asked my Attorney General to look into any cases of price gouging so we can make sure nobody is being taken advantage of at the pump.  Today, I’m going to go a step further.  The Attorney General is putting together a team whose job it is to root out any cases of fraud or manipulation in the oil markets that might affect gas prices, and that includes the role of traders and speculators.  We’re going to make sure that nobody is taking advantage of American consumers for their own short-term gain.  (Applause.)

And while we’re at it, if we’re looking for places to save money that we can then use to invest in clean energy projects like Electra Therm, let’s start with the $4 billion in taxpayer subsidies that right now are going to big oil companies even though they are making billions of dollars a year as it is because of these high oil prices.  (Applause.)  Four billion dollars a year are going to companies that are making record profits -- even during the recession they were making big profits.

The big five oil companies over the last five years, the least they’ve made in profits is $75 billion.  The most they’ve made is $125 billion.  They are doing fine.  And we are encouraging production.  We are working to make sure that there are safe and secure ways for us to drill for more oil, develop more natural gas.  We are all for production in a safe way.  But these folks don’t need further incentives by getting a better deal than the mom-and-pop shop down the street are getting when it comes to their taxes.  They shouldn’t get special tax breaks worth $4 billion that we could invest someplace else.  That doesn’t make sense.  It’s got to stop.

Instead of subsidizing yesterday’s energy sources, let’s invest in tomorrow’s.  (Applause.)  Some in Congress have proposed slashing by 70 percent our investment in clean energy.  I’m not going to do that.  I was talking to John about the fact that the investment made by the Department of Energy helped Electra Therm do what it’s doing -- helped it expand, helped it hire more workers.  Why are we going to stop making investments in companies like this? 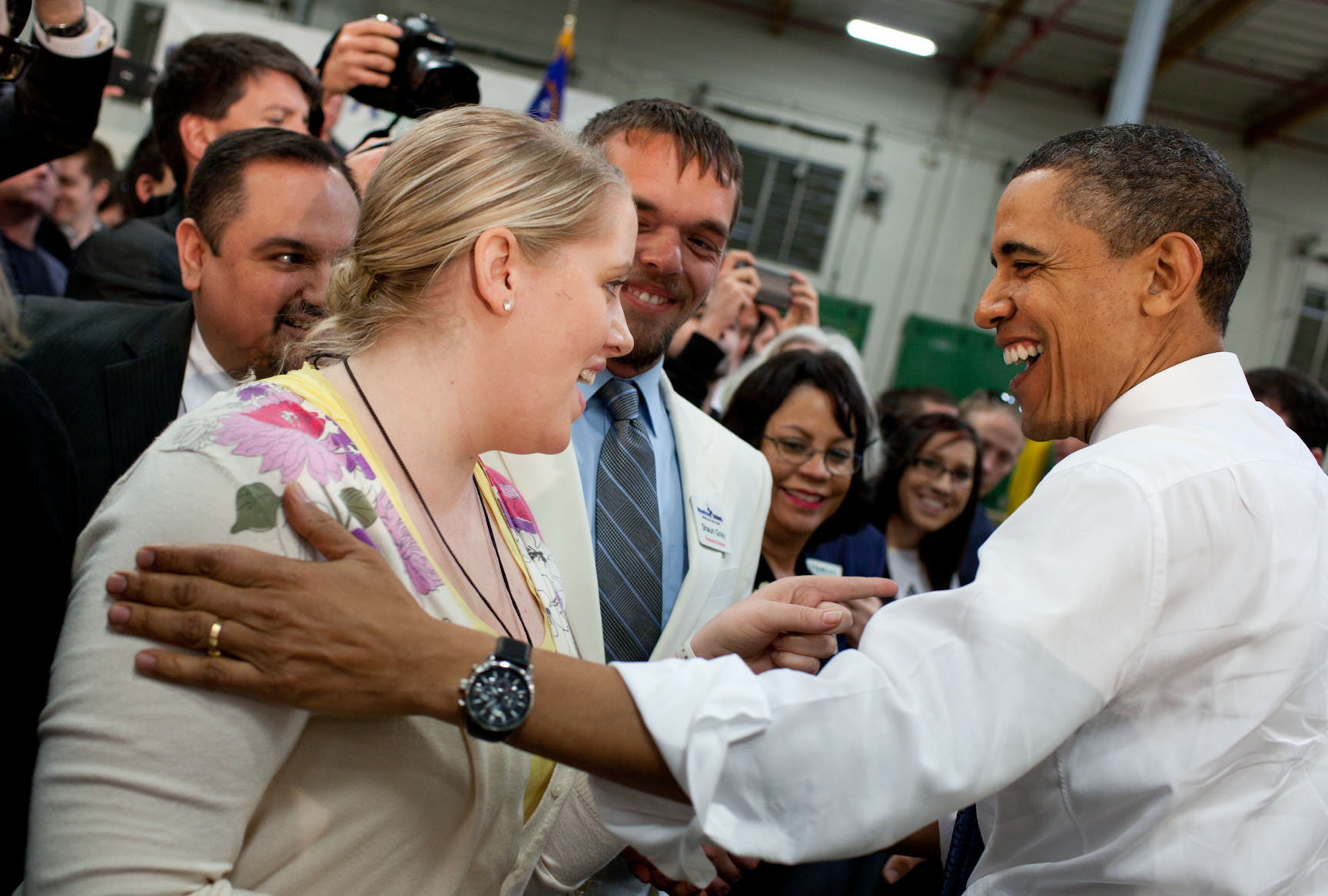