The President on Jobs & Gas Prices: Read His Remarks, Download the Graphic

May 6, 2011 at 1:48 PM ET by Jesse Lee
Twitter Facebook Email
Summary:
Speaking at a hybrid vehicle transmission plant in Indiana, the President explains how these kinds of industries will not only help get gas prices down in the long term, they'll provide the next generation of jobs.

A lot of Americans have questions about the economy – will the momentum of the past months keep up?  What can we do about these gas prices eating away at our paychecks?  And where will the good jobs come from for our next generation?

The jobs numbers this morning gave a positive sign on the first question, with another 268,000 private sector jobs in April bringing the total to more than 2 million over the past 14 months.  The answers to the other two questions can be seen in part in factories like the one the President visited today in Indiana -- Allison Transmission.  It’s a business that is creating jobs making transmissions for hybrid vehicles after a boost from a matching grant out of the President’s clean energy investments. 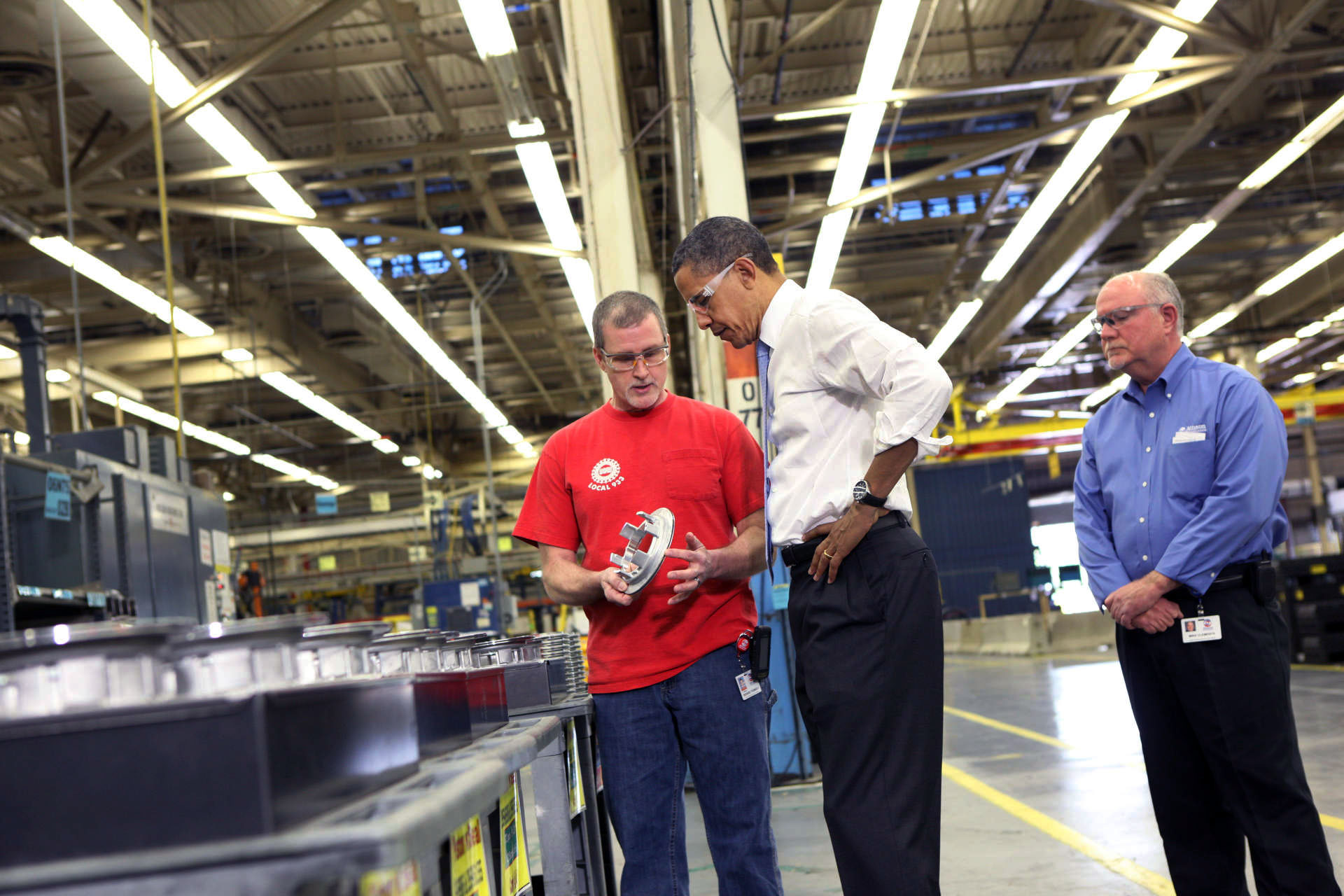 As the President put it, “This is where the jobs of the future are at”:

This is the kind of company that will make sure that America remains the most prosperous nation in the world.  See, other countries understand this.  We’re in a competition all around the world, and other countries -- Germany, China, South Korea -- they know that clean energy technology is what is going to help spur job creation and economic growth for years to come.

And that's why we’ve got to make sure that we win that competition.  I don't want the new breakthrough technologies and the new manufacturing taking place in China and India.  I want all those new jobs right here in Indiana, right here in the United States of America, with American workers, American know-how, American ingenuity.  (Applause.)

He added that this is also how we’re going to get gas prices under control:

Now, in the short term, we still need to do everything we can to encourage safe and responsible oil production here at home.  In fact, last year, American oil production reached its highest level since 2003.  So I want everybody to remember that if people ask -- because sometimes I get letters from constituencies saying, why aren’t we just drilling more here?  We’re actually producing more oil here than ever.  But the challenge is we’ve only got about 2 to 3 percent of the world’s oil reserves and we use 25 percent of the world’s oil.  So we can’t just drill our way out of the problem.

If we’re serious about meeting our energy challenge we’re going to have to do more than drill.  And that’s why the real solution is clean, homegrown energy.  The real solution is advanced biofuels -- and there’s a lot of good biofuel work being done here in Indiana.  It means that we’ve got to have natural gas vehicles.  We’ve got a lot of natural gas that can be produced here in the United States of America.  It means making our cars and trucks more energy-efficient, because if we use less oil, that reduces demand; that brings the price down; and you will see the impact at the pump.  That’s what’s going to make a difference and that’s why what you’re doing here is so important.

We put together a graphic to help summarize the President’s approach – check it out below, or download it, print it, send it to your family, or hang it on your wall to add a splash of color: