July 8, 2011 at 6:14 PM ET by Kori Schulman
Twitter Facebook Email
Summary:
This week on WhiteHouse.gov, we celebrated our Independence and introduced a new kind of Town Hall meeting.

This week on WhiteHouse.gov, we celebrated our Independence and introduced a new kind of Town Hall meeting.

@TownHall: The President held the first ever Twitter Town Hall on Wednesday. He answered questions posted on the social network covering a variety of topics, including the economy, job creation and the deficit. Watch the video above, or check out individual questions with video links to the President's responses. You can also read the full remarks here. 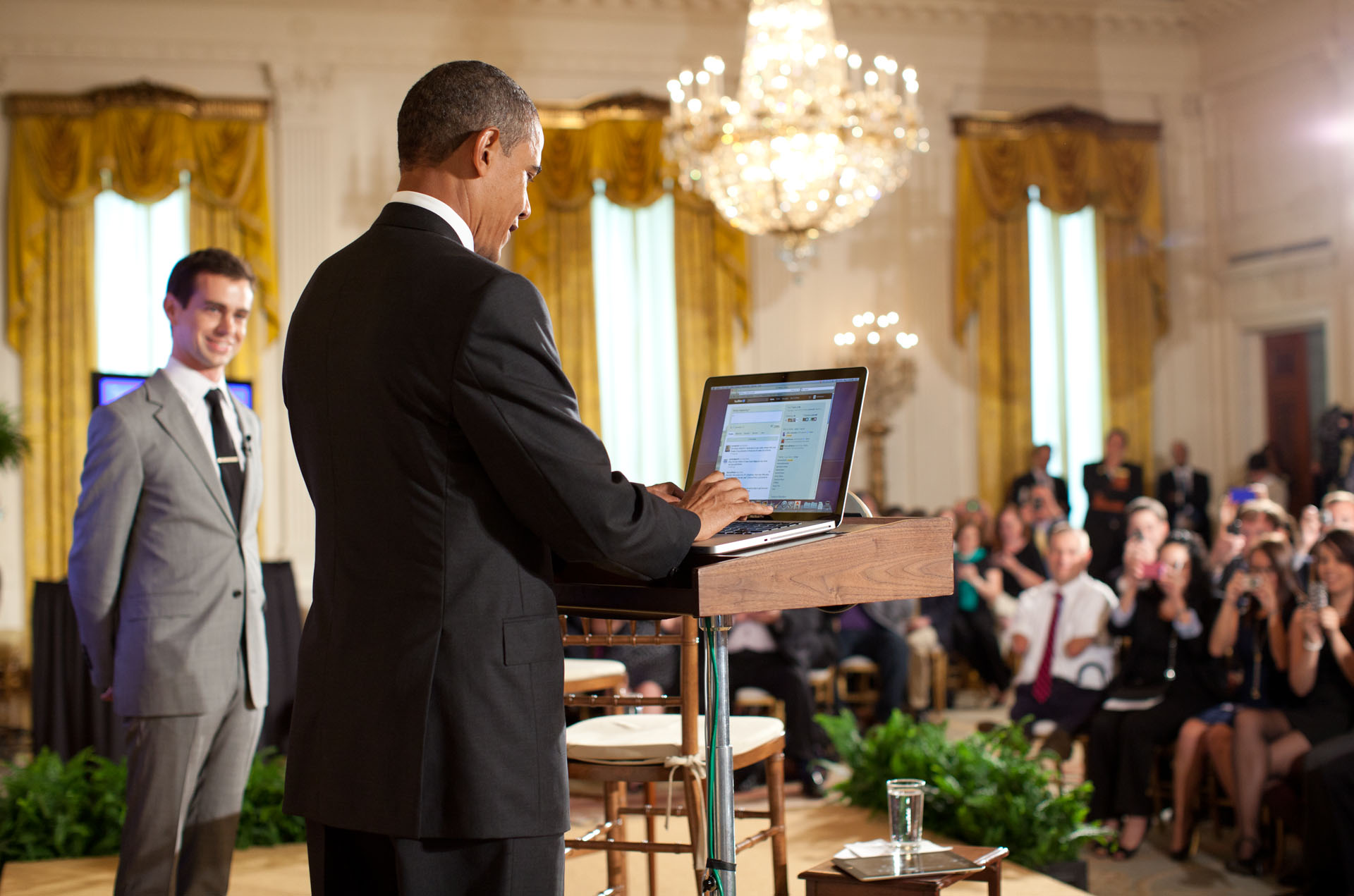 President Barack Obama tweets a question during the Twitter Town Hall in the East Room of the White House, July 6, 2011. Twitter co-founder and Executive Chairman Jack Dorsey, who served as the town hall moderator, is pictured at left. (Official White House Photo by Pete Souza)

Space Shuttle Atlantis: The President hails the brave crew of Atlantis as they successfully launch the Space Shuttle's final mission. He challenges the men and women of NASA to break new boundaries in space exploration and send an American team to Mars.

Employment Update: Addressing the latest figures on unemployment, the President outlines what Congress can do right now to aid the American people. Additionally, the Chairman of the Council of Economic Advisors Austan Goolsbee explains the employment situation in June.

Happy 4th!: The First Family celebrated Independence Day on the South Lawn of the White House with service members and their families.

#YoungAfrica: Check out the wrap-up video of the First Lady's trip to Africa

Medicaid Matters: A new study reveals why health insurance and the Medicaid program have been called "the most important health-care policy experiment since the 1970s".

IT Reform: The Department of Interior responds to the President's call to find ways to do more with less with a plan that will save the taxpayers half a billion dollars over the next decade.

Debt Debate: Several times this week, the President discussed the debt ceiling talks, and his efforts to work with Congressional leaders to find a solution.

Get Smart: The Department of Commerce launched Digitalliteracy.gov, helping expand educational and economic opportunities in America.