August 10, 2011 at 10:40 AM ET by Will Bradshaw
Twitter Facebook Email
Summary:
Will Bradshaw, co-founder and president of Green Coast Enterprises, is dedicated to helping people in New Orleans rebuild their neighborhoods into a greener safer, more resilient community. 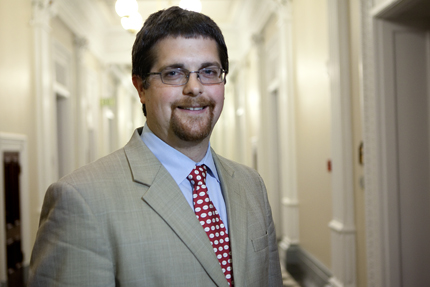 I’m a transplant to New Orleans, and when you live some place like New Orleans, being a transplant matters. This is a town where people ask where you went to school, and they mean high school. A huge portion of the population lives on the block where they grew up, often in the very same house. People in New Orleans have roots, and those roots are deep and fierce. So it has always been a bit uncomfortable, being one of the people who came to New Orleans after Katrina to see how we could help.

But sitting at the White House on July 19th being honored as a Champion of Change, I felt an extraordinary allegiance to this community that has embraced me and inspired me in ways I can never fully explain. My friends here had their lives threatened by the failure of the levee system, and their response was to come home and rebuild their neighborhoods. At Green Coast Enterprises, we have had the extraordinary privilege to help in that process, and to help in a way that builds back a greener, safer, more resilient community.

Since our founding in 2007, we have helped Project Home Again Foundation build 101 homes for Katrina-displaced homeowners in the Gentilly neighborhood. Each of these homes saves the family who lives there over $750 or more in annual energy costs.

In the Broadmoor neighborhood, which had over six feet of water at Katrina, we have helped them execute on a plan to remove every blighted property in their neighborhood. They had 2,400 houses go under water on August 29th. Six years later over 2,000 are back in use, and we have just launched an initiative that is going to turn the last 400.

Through our partnership with the New Orleans Redevelopment Authority, we are helping 15 developers build over 350 homes in 21 census tracts throughout the city. All these homes, funded in part with Neighborhood Stabilization Program II funds, will meet Builder’s Challenge and Enterprise Green Communities standards.

Through these efforts and others like them, GCE has become the largest Building America partner in the state of Louisiana. This Department of Energy program strives to make the average production-built home energy neutral by 2020. GCE homes built following this guideline are 30-65% more efficient than the local energy code.

And this year, we will launch our first historic redevelopment effort, a 28,000 foot mixed-use re-development of a long-neglected intersection. Through a financing structure we have pioneered with our local and national partners, we will build a community-based medical clinic and donate it back to the neighborhood for 30% of its capital cost.

So yes, I am a transplant, but a transplant to a place that has welcomed me with open arms. And now that I have two new little natives, my son and daughter, it seems I may be making roots of my own. When we ask our son where God lives, he always says, “Louisiana.”

Will Bradshaw is the co-founder and president of Green Coast Enterprises (GCE), which provides a continuum of real estate services for urban areas in need of community renewal.