August 15, 2011 at 6:15 PM ET by Colleen Curtis
Twitter Facebook Email
Summary:
On the first stop of his rural road trip, President Obama took questions on topics ranging from using renewable energy to create jobs to the future of Social Security to his Administration's plans to bolster education.

During the first stop on his rural road trip, President Obama took questions on topics ranging from using renewable energy to create jobs and helping young farmers buy land and market their products effectively to the future of Social Security and his Administration’s plans to bolster education.

Speaking with a crowd of 500 people at Hannah’s Bend Park in Cannon Falls, MN, the President discussed the “extraordinary challenges” our nation has faced over the last two and a half years, but extolled the “extraordinary hope that America represents” around the world, and reiterated his belief that there is “nothing wrong with America that can’t be fixed; what’s broken is our politics.”

Many of the questions focused on health care, Social Security, Medicaid and Medicare, and the President stressed his commitment to making sure we preserve the integrity of these programs while ensuring they are still in place for future generations:

“The key -- and I want everybody to pay attention to this as the debate unfolds over the next couple of months -- the key is not to try to cut more out of programs for poor folks or programs for seniors.  The key right now is to get a long-term plan for fiscal stability.  And in the short term, we should actually make more investments that would put people to work and get the economy moving. And if you combine those two things, we can actually solve this problem and grow the economy at the same time.

Now, what some of the folks on the other side are proposing is actually to turn Medicare into a voucher program.  So instead of fixing the system, they’d just completely overhaul it.  And what would happen would be, is you’d get a voucher that says, you’re allowed to get X amount -- spend X amount on health care, and if your health care costs keep on going above that, you’re out of luck.  And it was estimated that under their plan the average senior would pay about $6,000 more per year for their Medicare when it kicked in.  I think that’s a bad idea. I think there are better ways for us to manage the Medicare problem than to put a burden on seniors.” 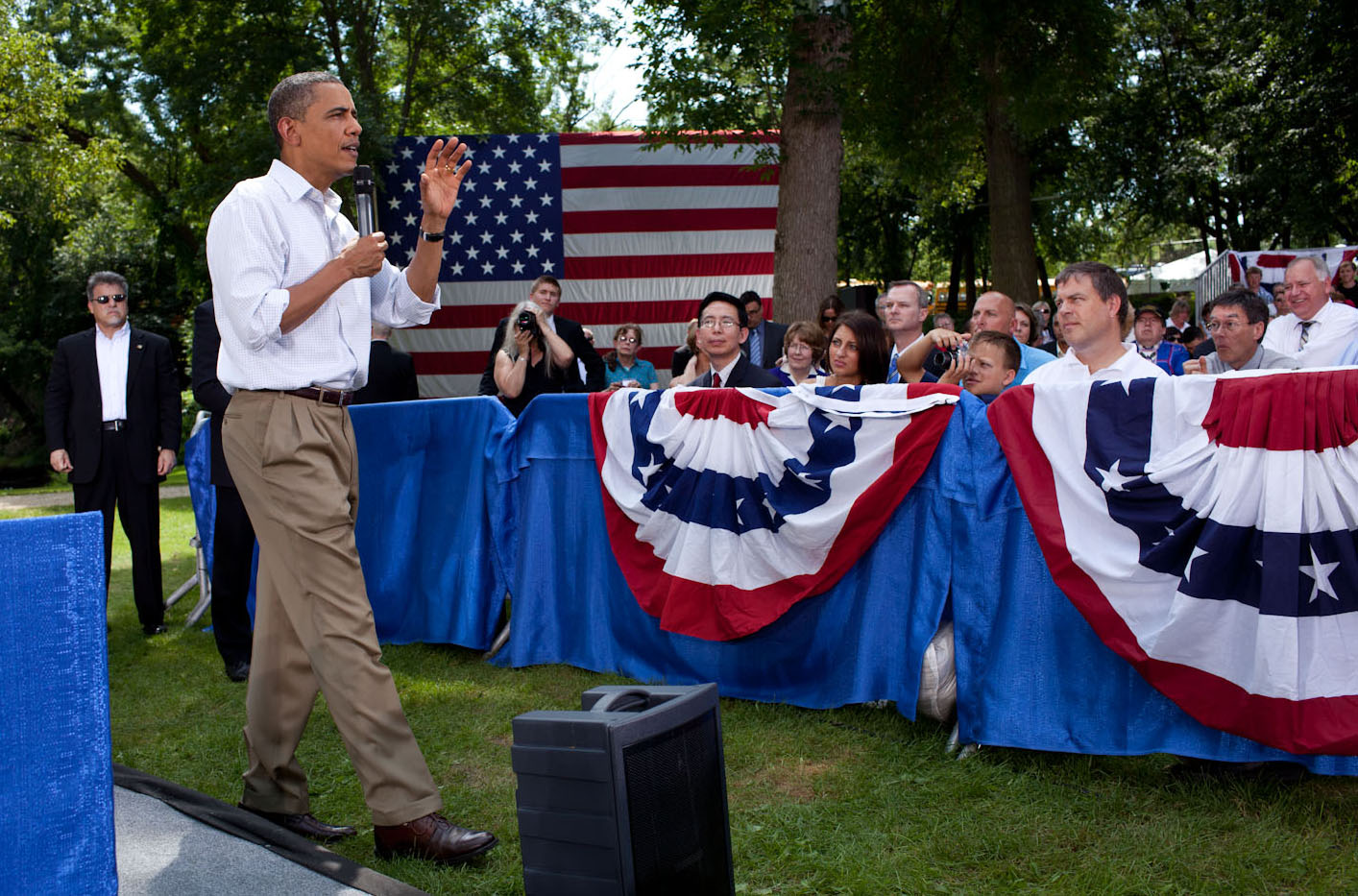 The President once again called on Congress to put people back to work rebuilding America. “What is needed is action on the part of Congress, a willingness to put the partisan games aside and say, we’re going to do what’s right for the country, not what we think is going to score some political points for the next election.”

Click on the jump links below to skip to the questions your most interested. The questions below were paraphrased from participants:

Read the full transcript of the President’s remarks. We will be live streaming all of the events on the President's rural tour at whitehouse.gov/live.