The final day of President Obama's bus tour across America's heartland was jam packed with meetings and spontaneous stops to enjoy the local landscape. On his way to a town hall in Atkinson, Illinois to talk about strengthening the economy, the President pulled in to the Whiteside County Fair and checked out the dairy cow judging. 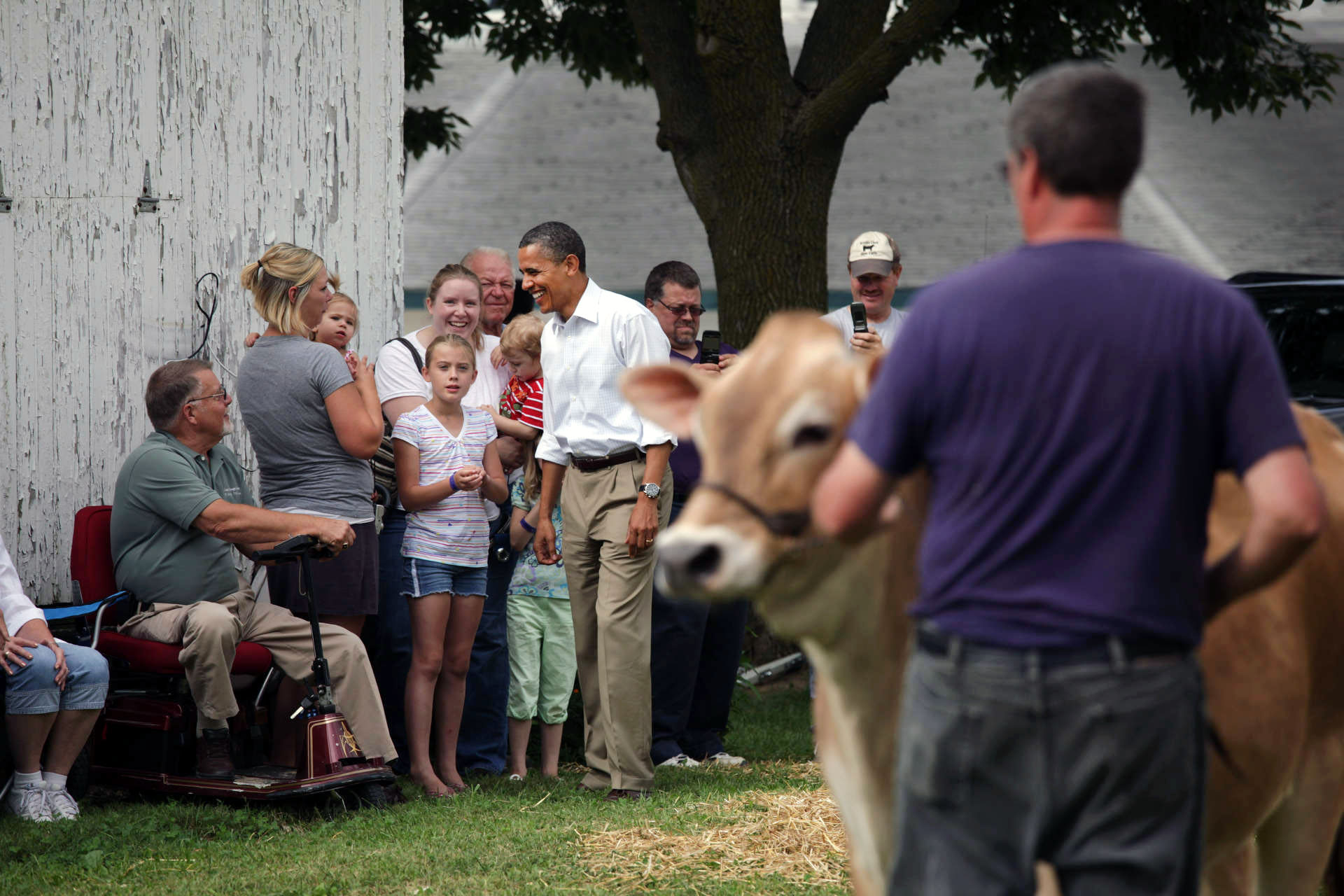 During the town hall, President Obama discussed how inspiring the conversations he's having with Americans have been:

Now, what’s been striking as I’ve been traveling through over the last few days -- you guys, you’re all fulfilling your responsibilities.  You’re working hard, you’re looking after your families, you’re volunteering at church, you’re coaching Little League -- you’re doing everything right.  And all you’re asking for, if I’m not mistaken, is that your political representatives take their responsibilities just as seriously.

And part of that means that you have to put politics aside sometimes to do what’s right for the country.  People have been asking me, well, why didn’t you call Congress back after this whole debt ceiling thing?  Why’d you let them leave town?  I say, well, I don’t think it would be good for business confidence and certainty just to see members of Congress arguing all over again.  I figured it was time for them to spend a little time back in their districts, hear your frustrations, hear your expectations.

As I’ve been driving on this bus, just seeing all those flags on the way in, seeing folks waving, little kids ready to go back to school, and grandparents in their lawn chairs, and folks out in front of the machine shop and out in front of the fire stations -- you go through small towns all throughout America, and it reminds you how strong we are and how resilient we are and how decent we are.  And that should be reflected in our politics; that should be reflected in our government.

The crowd had questions for the President on a range of issues, including the recovering housing market, raising revenues to reduce our deficits and what can be done to create jobs without Congress:

Well, there are some things that we can do without Congress, and we’re trying to do them.  So, for example, I set up a jobs council made up of a lot of employers, both small businesses but also some of the biggest companies in the world, and asked them what can we be doing to encourage job growth.  And they’ve come up with a series of recommendations, some of which don’t involve Congress at all, and we’re trying to implement them.

So a while back I announced we’ve got a lot of vets coming back from Afghanistan and Iraq who have incredible experience -- 25-year-olds who were leading platoons into battle; 26-year-olds who were handling $100 million pieces of equipment.  But the problem is, is that we’re not doing as good of a job helping them market the skills and experience and leadership that they have to employers and we’re not linking them to employers who may be able to use their talents.

And so we just announced a couple weeks ago a whole new initiative where the Department of Defense is going to have a reverse boot camp.  Just like you train folks to come into the military, you train them going out to figure out how they’re going to get jobs.  And we got commitments from local -- from employers all across the country to say, we are going to hire veterans.

Though these are important steps to get people back to work, the President made it clear that a lot more could be done with Congress's cooperation:

And every proposal that I talked about previously, those are proposals that historically have had support from Republicans and Democrats.  These aren’t radical ideas.  I mean, building roads, when did that become a partisan issue, putting folks back to work?  Eisenhower built the Interstate Highway System -- Dwight Eisenhower built the Interstate Highway System; last time I checked, he was a very popular Republican.

But this is what I mean about politics getting in the way sometimes.  You can’t bring an attitude that says, I’d rather see my opponent lose than America win.  You can’t have that attitude. 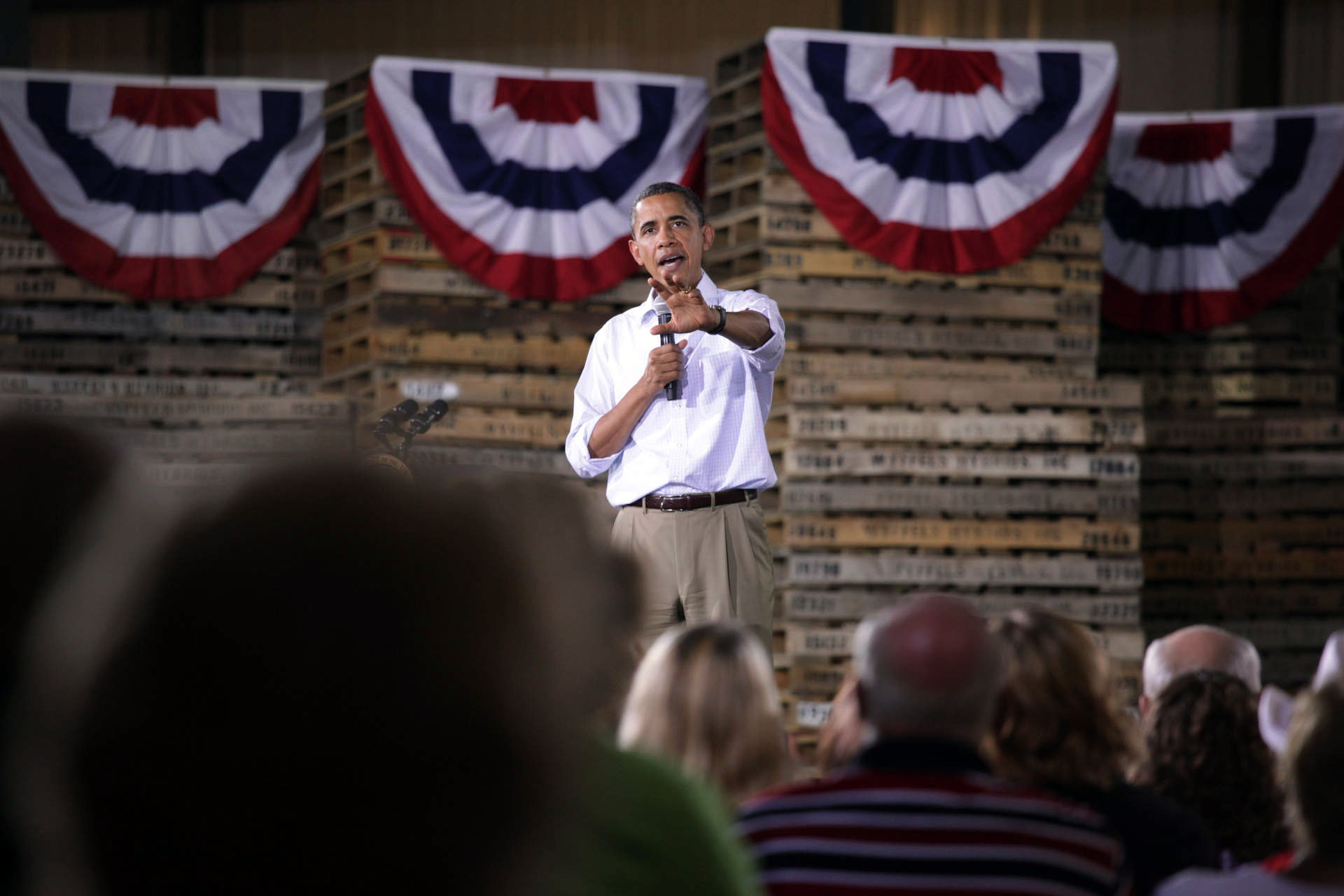 Use the jump links below to skip to the answers to questions you’re most interested in.The questions below are paraphrased from the questions asked by participants during the townhall:
You can watch events throughout the economic bus tour live at WhiteHouse.gov/live and follow the White House page on Foursquare to keep up with the President's trip.