August 17, 2011 at 11:33 AM ET by Nikki Sutton
Twitter Facebook Email
Summary:
On the final day of President Obama's tour through rural America, he'll be back in his home state of Illinois to talk with people about how we strengthen the middle class and increase economic opportunity for everyone.

President Obama will meet with locals in Atkinson, Illinois later today for a town hall where he will take questions from the crowd and outline ways we can strengthen the middle class and increase economic opportunity for everyone. He’s been on the road for three days now, travelling to rural communities and talking directly with the American people about a wide variety of issues that impact our economy. In his closing remarks at the White House Rural Economic Forum in Peosta, Iowa yesterday, the President told the crowd that this trip has reminded him why he wanted to go into public service in the first place:

But getting out of Washington and meeting all of you, and seeing how hard you're working, how creative you are, how resourceful you are, how determined you are, that just makes me that much more determined to serve you as best I can as President of the United States.

Earlier this week, President Obama spoke with local citizens during town hall meetings in Cannon Falls, Minnesota and Decorah, Iowa before heading to Peosta, where he announced a series of new job initiatives. 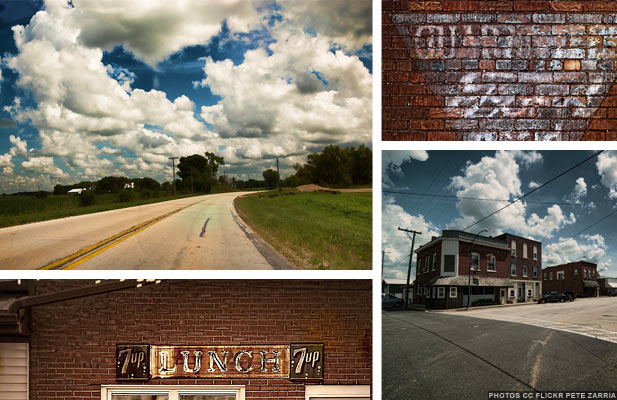 The people of Atkinson, Illinois exemplify the dedication, creativity and common decency of the American people that gives President Obama confidence in our future. As Mayor August Junior of Atkinson said before the President's visit, "Atkinson has always been full of hard working, practical, and welcoming people...Atkinson is a town where we are all neighbors. We all care for each other and we all help each other."

The Mayor also pointed out that this administration has positively impacted his town, "President Obama's policies have directly touched our community. The Recovery Act has brought us a new Route 6, a new fire department and has kept jobs going." The town hall today at Wyffels Hybrids Production Facility will focus on how to keep that progress going and spur job creation in small towns and cities like Atkinson across the country.

Watch the town hall in Atkinson live beginning at 12:45 p.m. EDT on WhiteHouse.gov/live.

Fun Fact about Atkinson, Illinois: One local citizen donated nearly 1,000 flags to welcome the President into the town, which has only 1,100 residents.