August 19, 2011 at 9:39 AM ET by Secretary Tom Vilsack
Twitter Facebook Email
Summary:
Secretary of Agriculture Tom Vilsack speaks about the Administration's commitments to innovation and small business development for the continued strength of small towns and rural areas.

Today, I am hosting a forum focused on the rural economy at the Iowa State Fair.  But, Rural America has been in the spotlight all this week as I joined President Obama to travel across parts of Minnesota, Iowa and Illinois, visiting rural communities to discuss his Administration’s efforts to create jobs and drive economic growth.  From investments in rural broadband to efforts to support small-business innovation, the President talked about his commitment to rural America – and he listened to what local residents had to say.

The centerpiece of his trip was the Rural Economic Forum, held Tuesday at Northeast Iowa Community College in Peosta.  There, 200 small business owners, farmers, retirees, elected officials and others came together to discuss their ideas for a revitalized rural economy.  I was pleased to participate in that forum, along with my Cabinet colleagues Housing and Urban Development Secretary Donovan, Transportation Secretary LaHood, and Administrator Mills of the Small Business Administration. 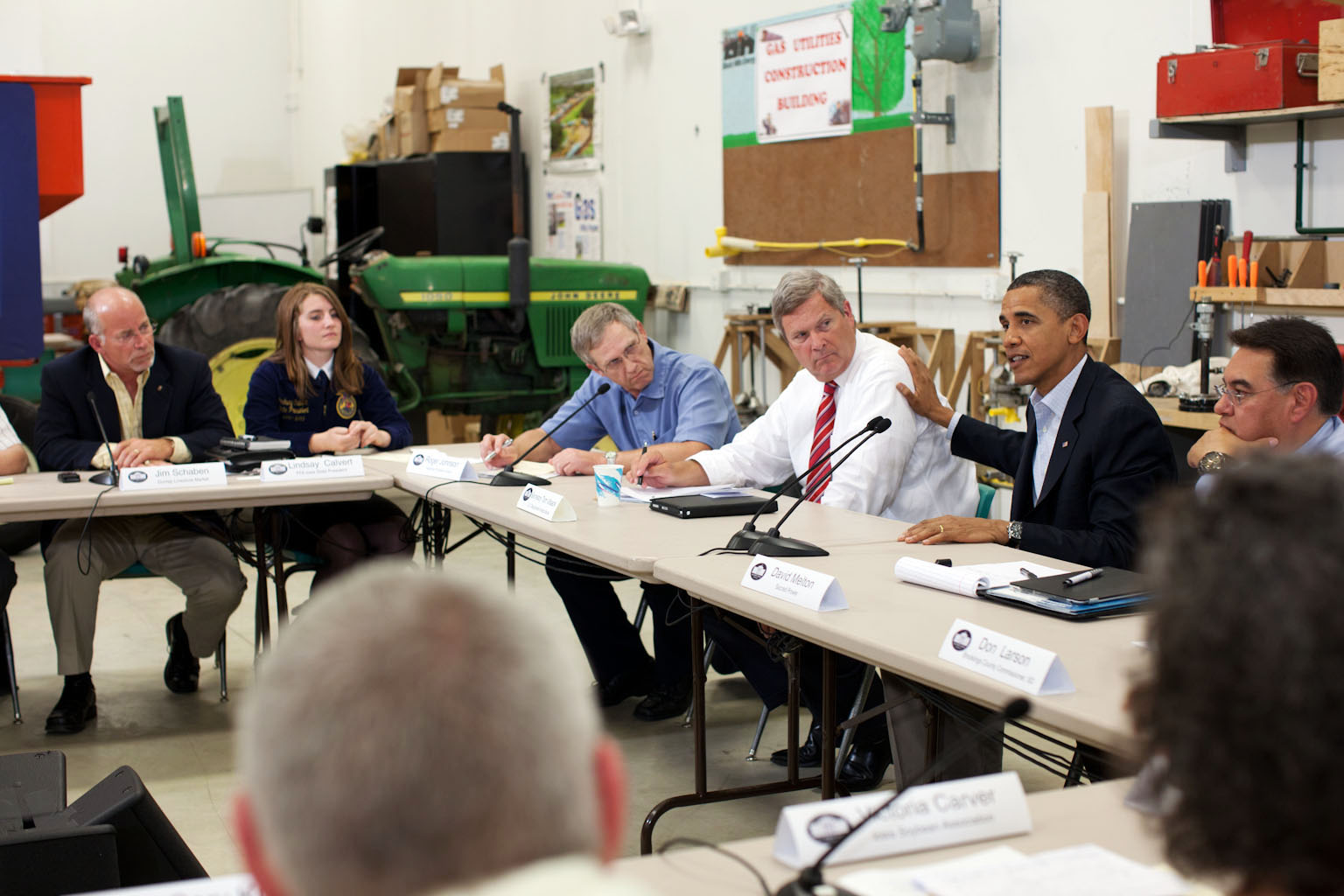 After opening remarks by the President, the participants broke into a series of small discussion groups – with topics ranging from agricultural innovation and energy opportunities to small business to infrastructure.  Each group developed a series of ideas and recommendations, which will become part of a larger report to the White House Rural Council that I chair.

I had the opportunity to facilitate the Ag Innovation and Energy break-out session, with about 20 farmers, ranchers, and other officials.  Our discussion – which the President joined for a few minutes – touched on the importance of the renewable energy sector and new markets, as well as particular barriers to growing the rural economy through agricultural innovation.

Some in the audience expressed amazement that the President of the United States would spend an entire day – let alone a three-day bus trip – focusing on the needs of rural America.  I am not surprised.

This president has repeatedly shown his commitment to the continued strength of small towns and rural areas.  He is focused on innovation and small business development that will create jobs in rural areas and strengthen the middle class.  And, he was enthusiastic about the opportunity to hear ideas and insights from the people who live in rural America.

The President’s parting words in Peosta said it all:

Sometimes there are days in Washington that will drive you crazy.  But getting out of Washington and meeting all of you, and seeing how hard you're working, how creative you are, how resourceful you are, how determined you are, that just makes me that much more determined to serve you as best I can as President of the United States.