Ed. Note: Cross-posted in part from The Commerce Blog. 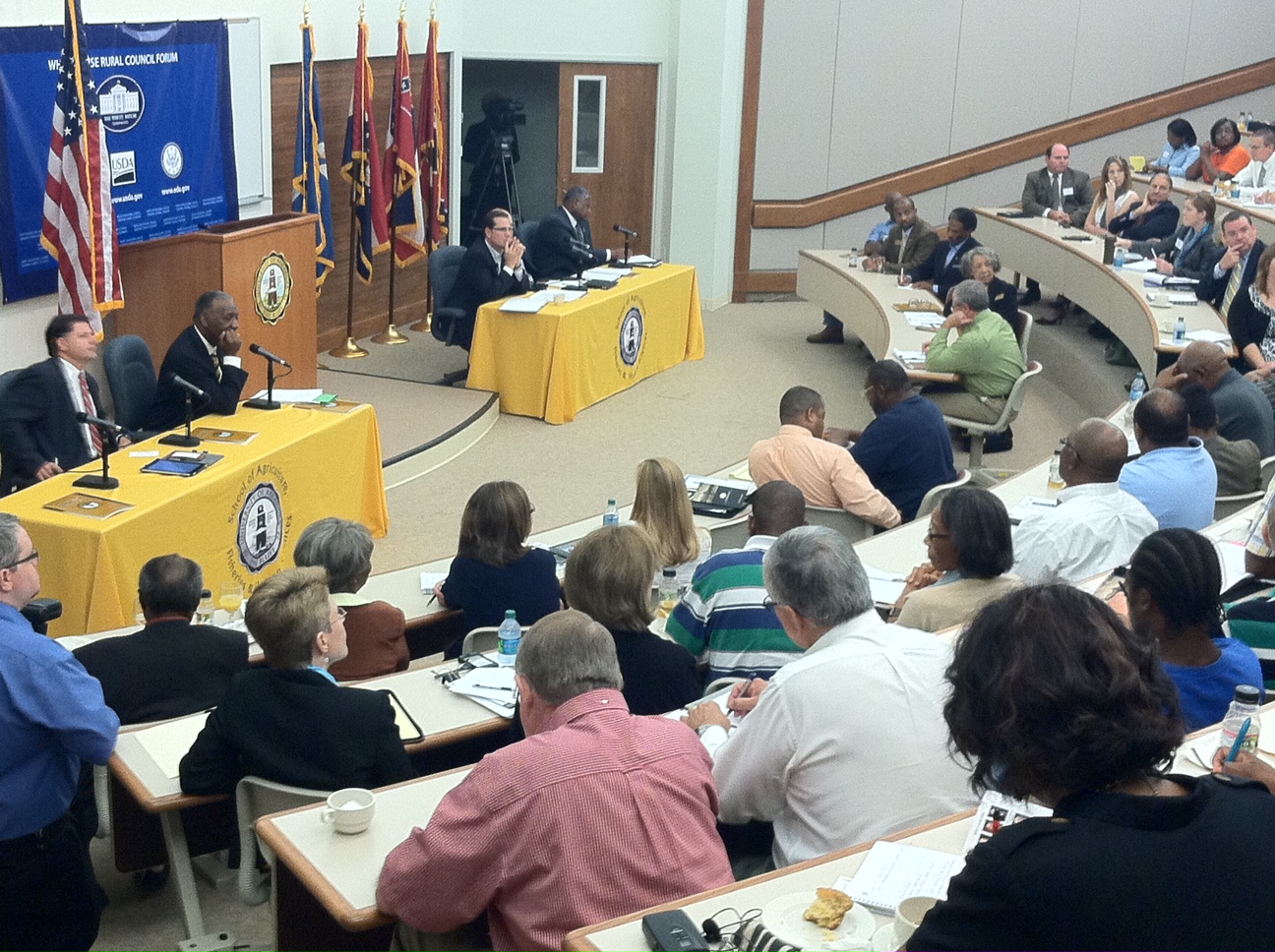 Last week, as part of his three day bus tour, President Obama stopped in Peosta, Iowa to participate in the White House Rural Economic Forum, where he announced a series of initiatives that leverage existing programs and funding to help small businesses and meet the critical needs in rural communities. In the coming weeks, the President will put forth additional proposals that will help put people back to work and give the middle class greater economic security. Promoting economic and job growth in rural communities is central to these goals.

Earlier this week, I traveled to Louisiana, Tennessee and Arkansas with Federal Co-Chairman of the Delta Regional Authority (DRA) Chris Masingill and Doug O'Brien, Deputy Under Secretary for Rural Development at the U.S. Department of Agriculture to conduct project site visits and participate in White House Rural Council Roundtables in Houma and Bastrop, LA as well as Pine Bluff, AR. We heard from stakeholders in the region about how the federal government has and can be a better partner as we invest in rural economies.

These two organizations are strong partners of EDA and they have done tremendous work to help create jobs and support small business development in rural America.

This week, EDA announced a $2 million investment to Sioux City, IA, to help bring high-quality jobs and economic growth to the region by advancing the food processing sector. The project is expected to create up to 200 jobs and generate $10 million in private investment. U.S. Senator Harkin applauded the effort and said, “The impact of the Morrell plant closure and the loss of some 1,450 jobs was felt immediately throughout the Sioux City area. Redeveloping the former plant will bring urgently-needed jobs to this area, giving Sioux City the economic boost it needs to continue its recovery. I commend EDA for their attention to this matter and congratulate Sioux City for their hard work and persistence in rebuilding after this closure.”

These various investments will help ensure that country's rural communities are repopulating, self-sustaining, and thriving economically. After all, when the rural economy in America is growing and prospering that is good for the nation’s overall economy.